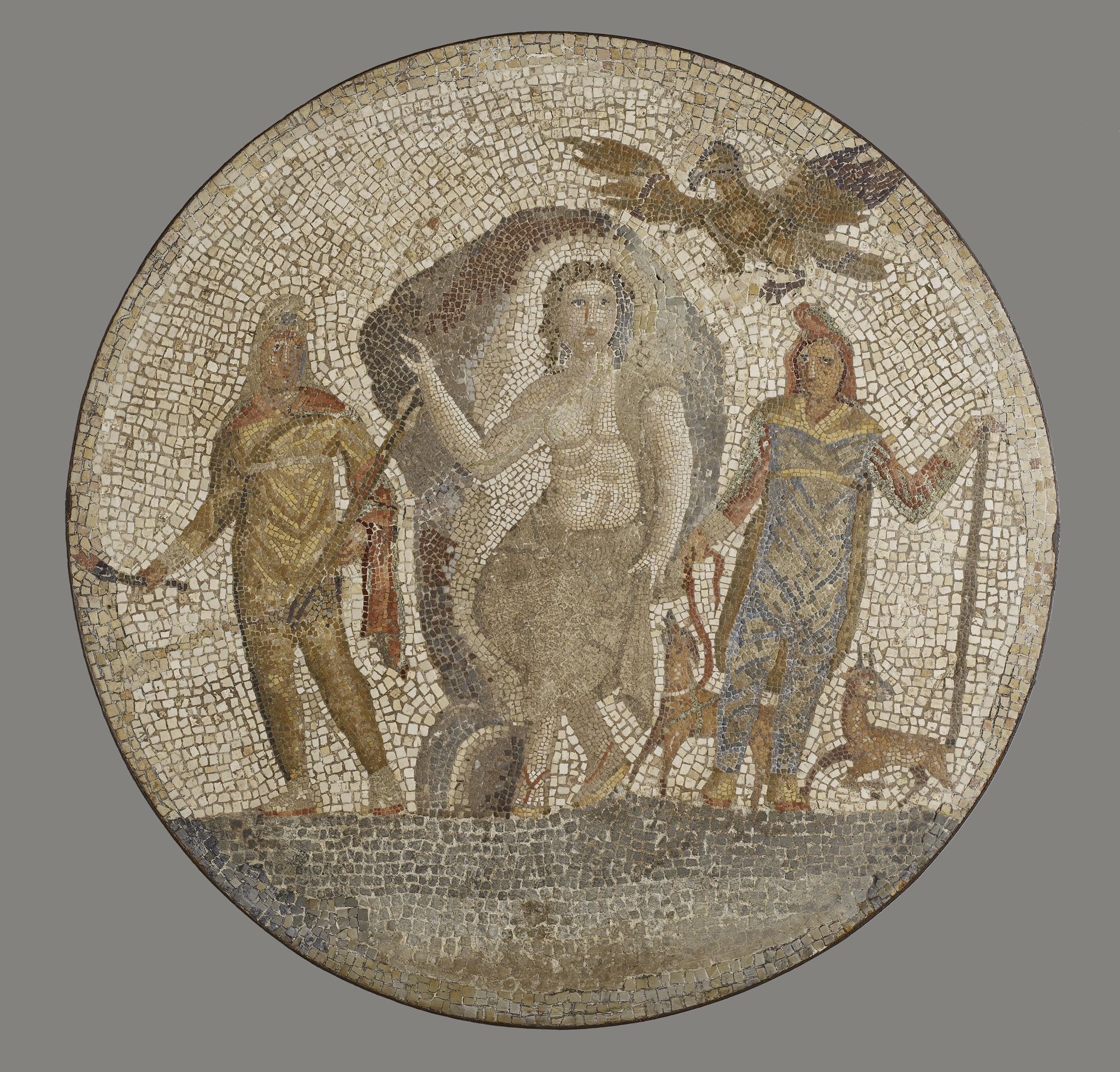 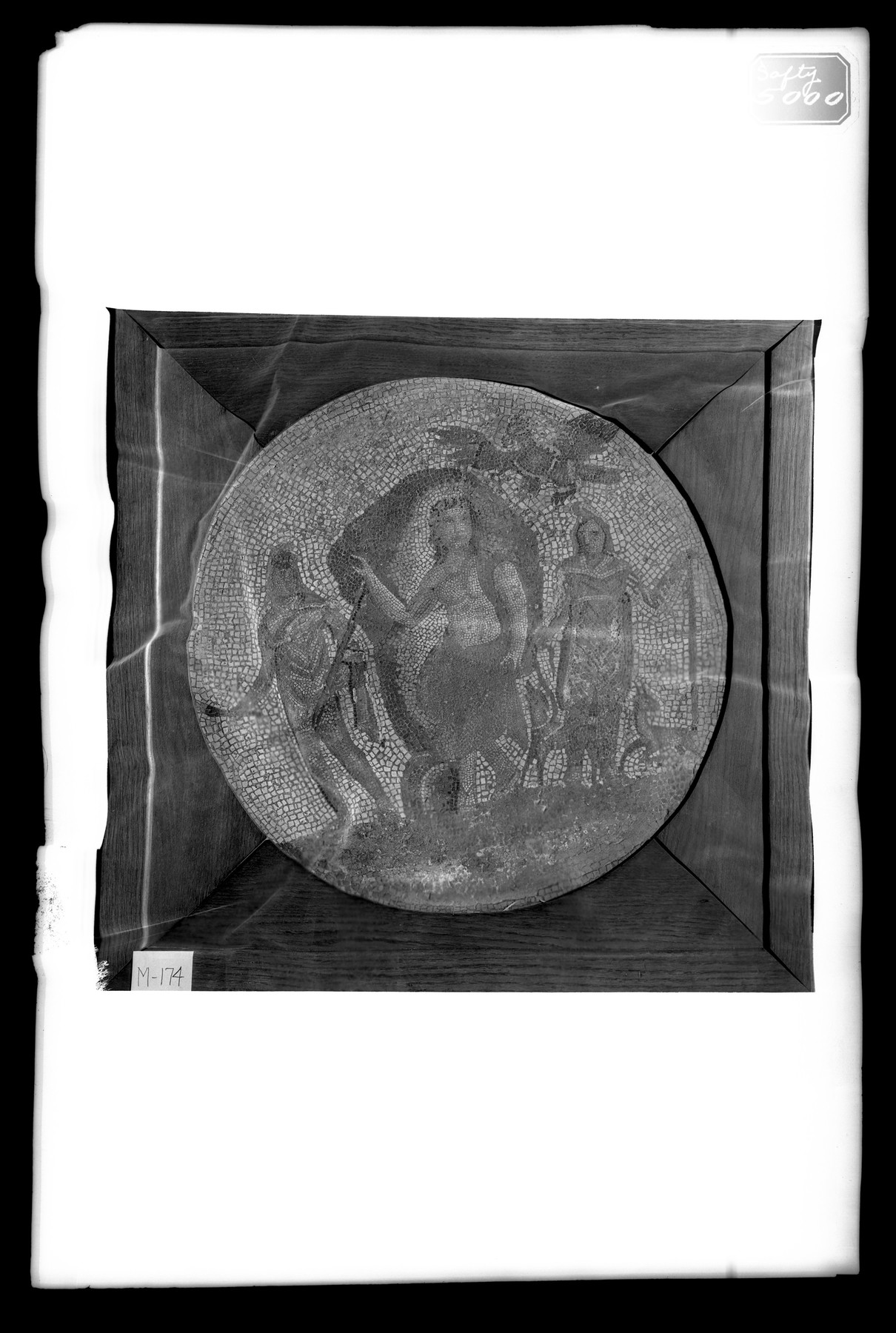 Mosaic Medallion with Ganymede and Zeus

Although previously identified as depicting the god Mithras, the scene on this mosaic medallion shows a variation of the abduction of Ganymede by Zeus in the form of an eagle. According to mythology, Zeus was captivated by a young Trojan prince, Ganymede, the most beautiful human, and Zeus abducted him to serve as his cupbearer. Here the animals and scenery show that the scene takes place in the countryside. The partial nudity of the central figure fits the story of the beautiful Ganymede (Mithras would not have been depicted nude). Other depictions commonly show Ganymede wearing a Phrygian cap, and although he does not wear one here, his attendants do.