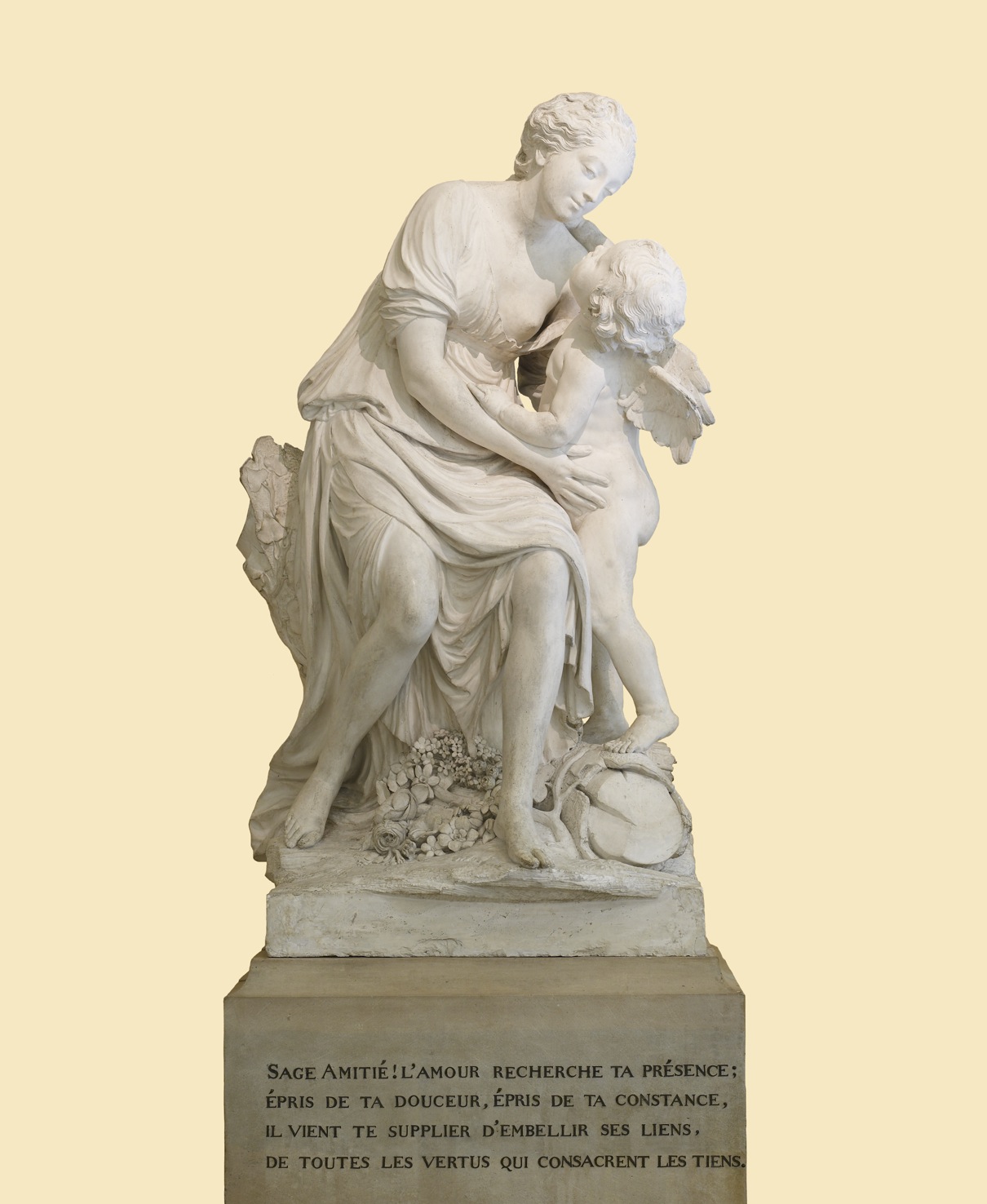 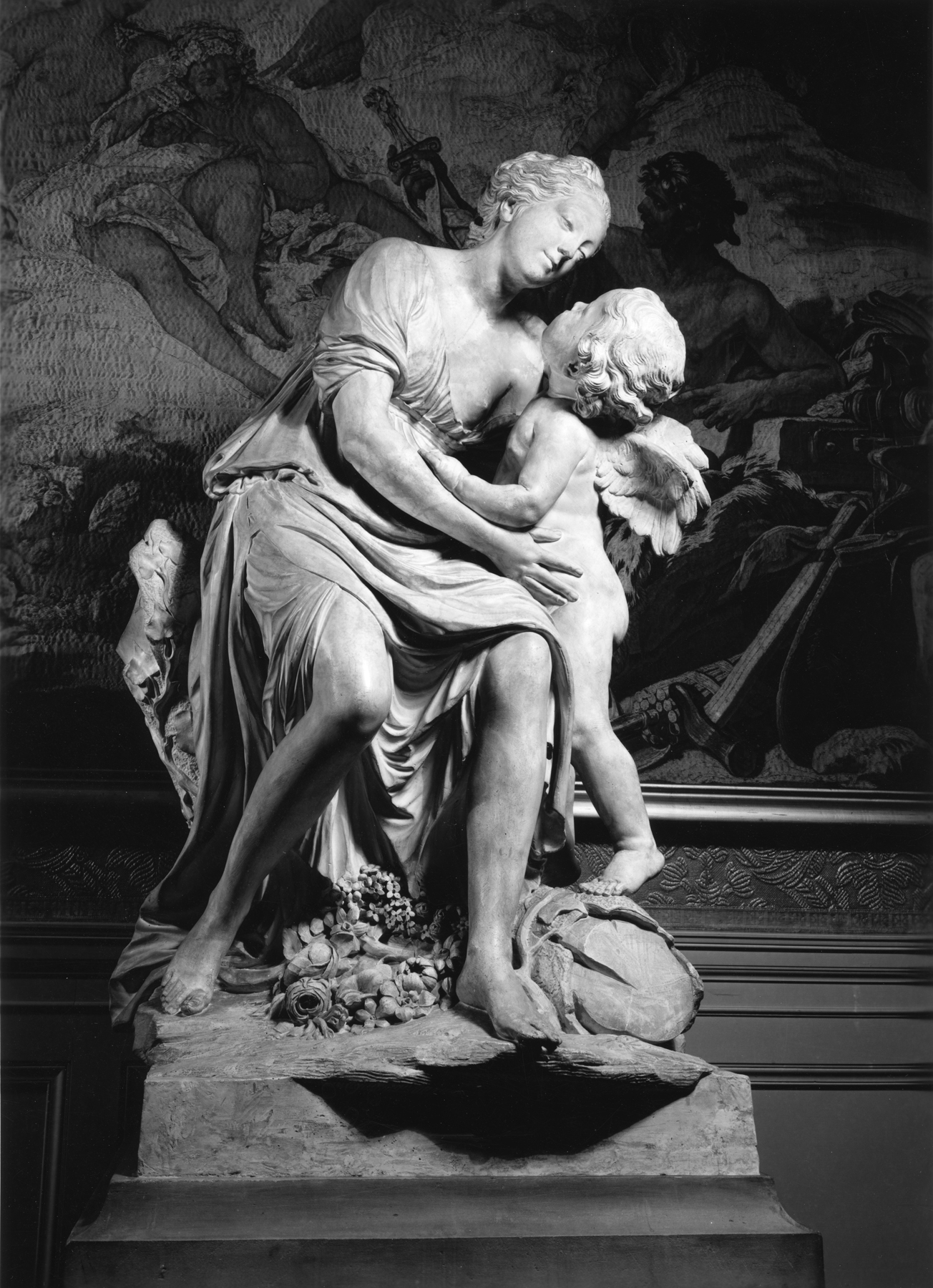 In 1754, Mme de Pompadour commissioned from Pigalle the original marble (now in the Louvre Museum, Paris). It was intended for her château in Bellevue on the outskirts of Paris and served as an allegory of her relationship with Louis XV, which had changed from that of mistress to confidant. Her features are recognizable on the figure of Friendship. After Mme de Pompadour's death, the statue was acquired by Louis Joseph de Bourbon, prince of Condé.

In 1783, Marie Catherine de Brignole, the mistress of the prince of Condé, ordered this plaster version for the "Temple of Love" on her estate at Betz, in northern France. Pigalle, who was then 69 years old, consented to have his younger colleague Dejoux cast the piece. The statue and temple commemorated her love for the prince of Condé, who later became her husband.

[Signature] On rocky base: J. B. PIGALLE, 1758; [Translation] On plinth: The base is inscribed in French: Wise Friendship, Love searches for your presence enflamed with your sweetness, enflamed with your constancy, Love comes to supplicate you to embellish its bounds with all the virtues which are consecrating yours.