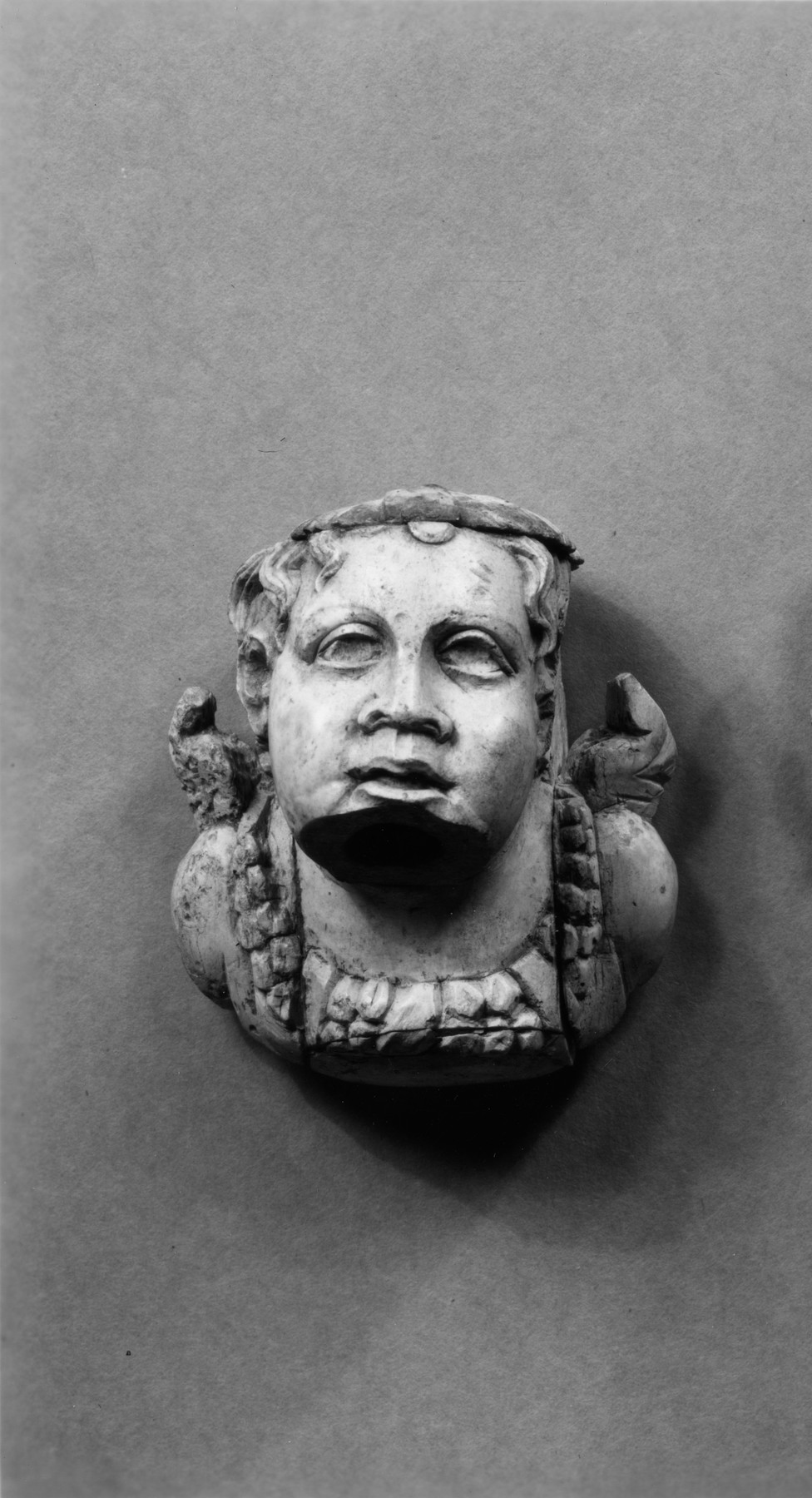 The head of this garlanded cupid is from a couch. Five pieces make up the cupid. A sixth piece, in place on the top of the head, is an ancient one but probably does not belong there. The end of the chin is also missing. The bone is probably that or a horse or an ox.

More complete couches, found in Roman tombs in Italy, show that garlanded cupids ornamented the lower parts of the fulcra. Bone decorations of this type come from funeral couches placed in tombs, but the couches were undoubtedly used also in real life.