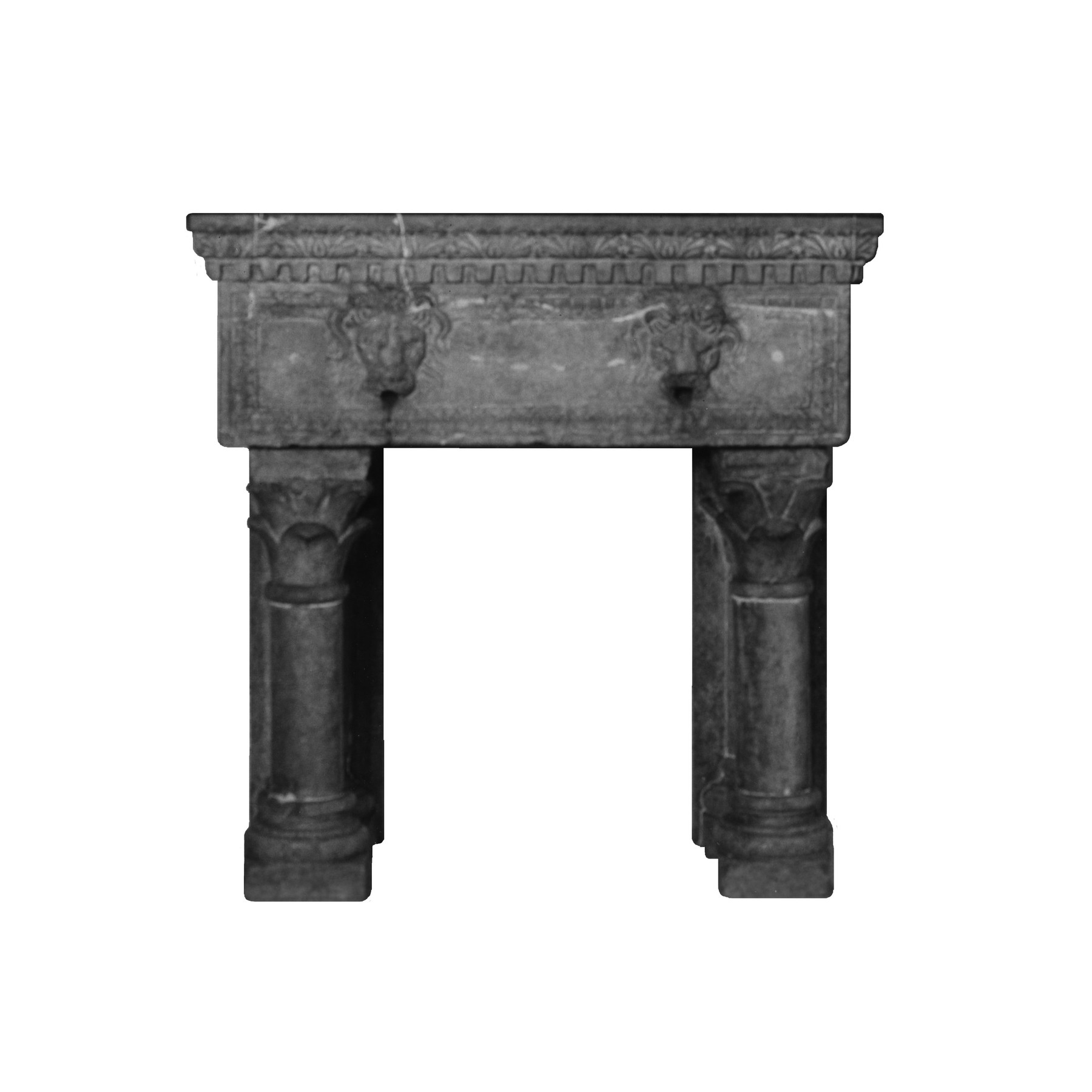 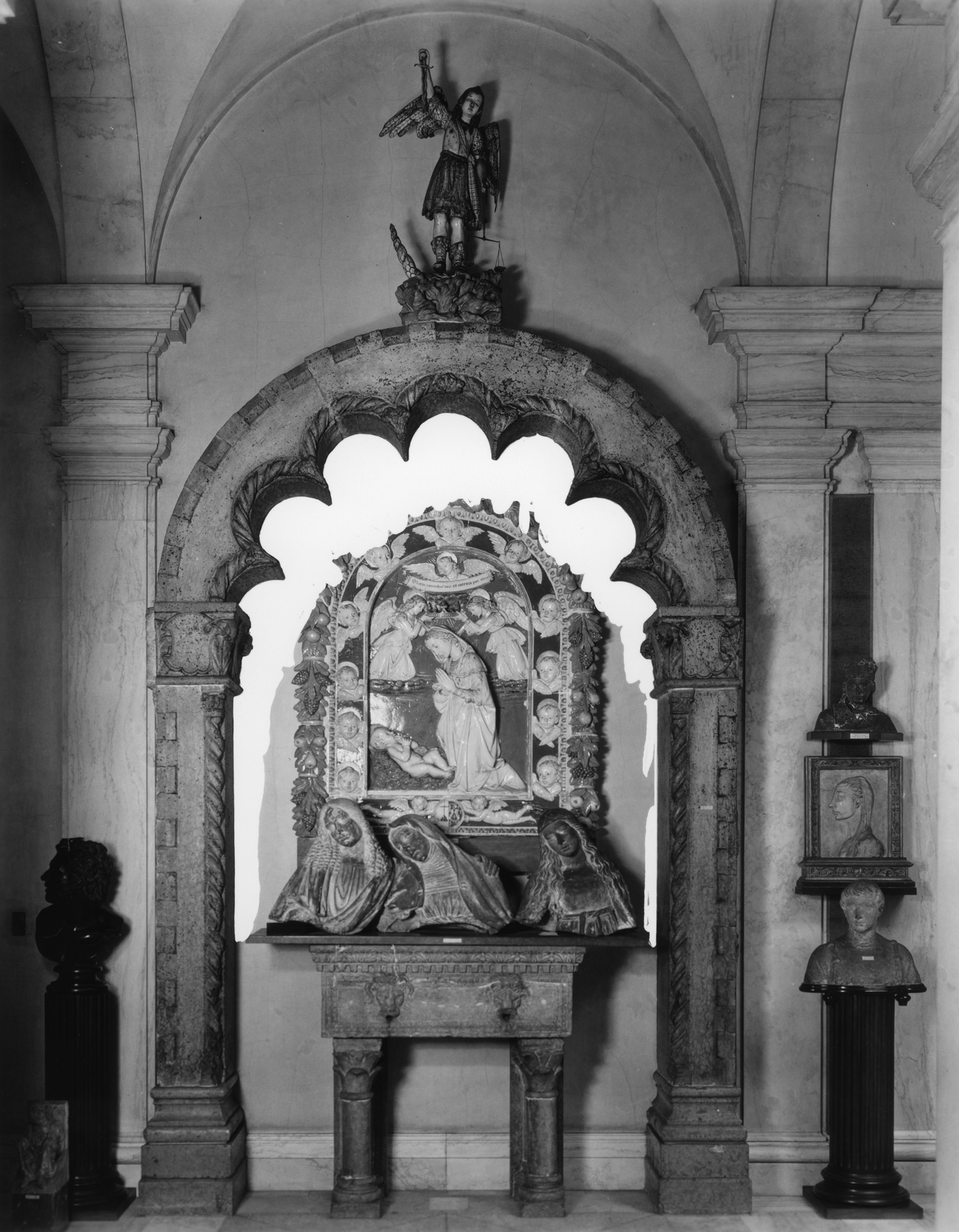 When originally installed, water would have spouted from the mouths of the two lions. The access to fresh water was central to the health and well-being of a city, so fountains were often designed in archtectural styles consistent with those used for neighboring buildings. This basin rests on four short columns (27.433, 27.434, 27.435, 27.436), which have no original relationship to it. In the Renaissance, functional sculpture in public places was often cobbled together from separate parts. For another wall fountain, see 27.320.