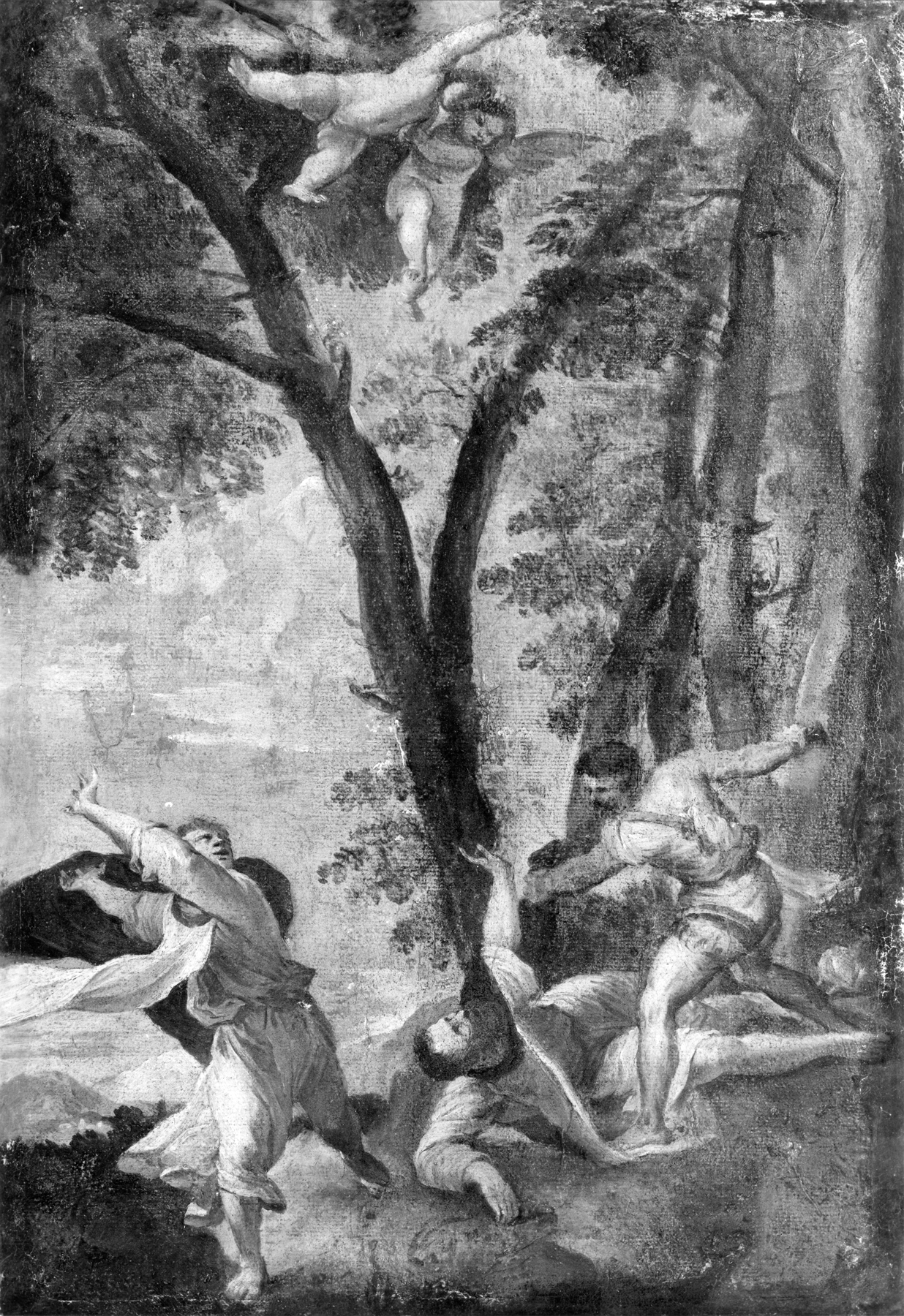 The Death of St. Peter Martyr (after Titian)

Titian (Tiziano Vecellio, ca. 1488-1576), painted an altarpiece of The Death of St. Peter Martyr (oil on canvas, 500 x 306 cm.) in the years 1527-1529 for the Basilica dei Santi Giovanni e Paolo in Venice. It was immediately famous. Prints and paintings reproducing it spread Titian's deeply alarming composition all over Europe. Especially because the original was destroyed by fire in 1867, the various copies made previous to the disaster are probably of more interest today than some of them would have been in their own time. The dimensions of this copy are very close to those of a well-known engraving by Martino Rota (published 1568-69) after the altarpiece. Although the Walters' piece is a grisaille, and therefore is most easily imagined as after a reproductive print than after the original painting, it features characterizations of some elements such as the windswept drapery of the companion at the left that are much closer to the original painting than to Rota's engraving. For the time being it cannot be excluded that it is after a different, possibly later reproductive print.