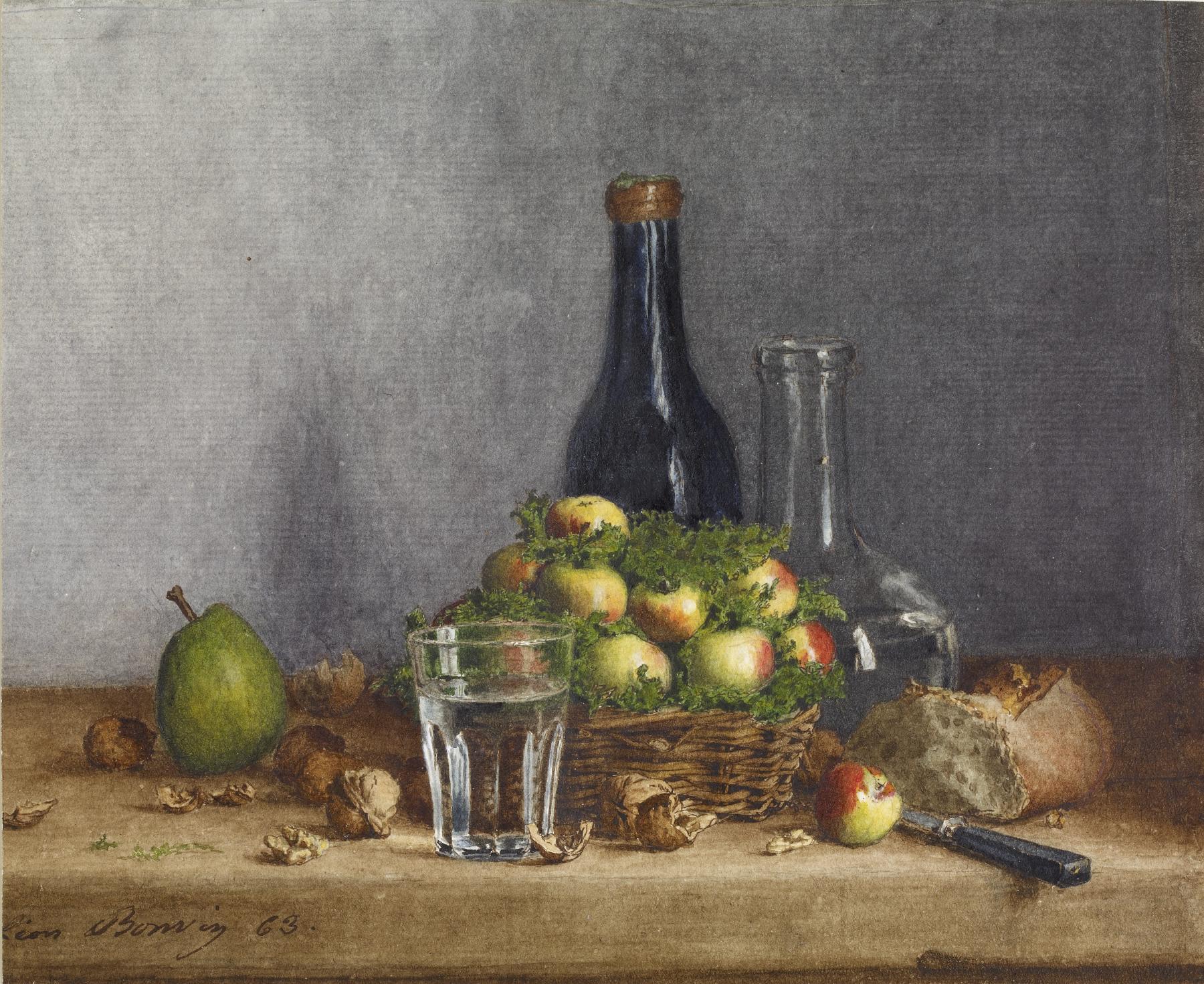 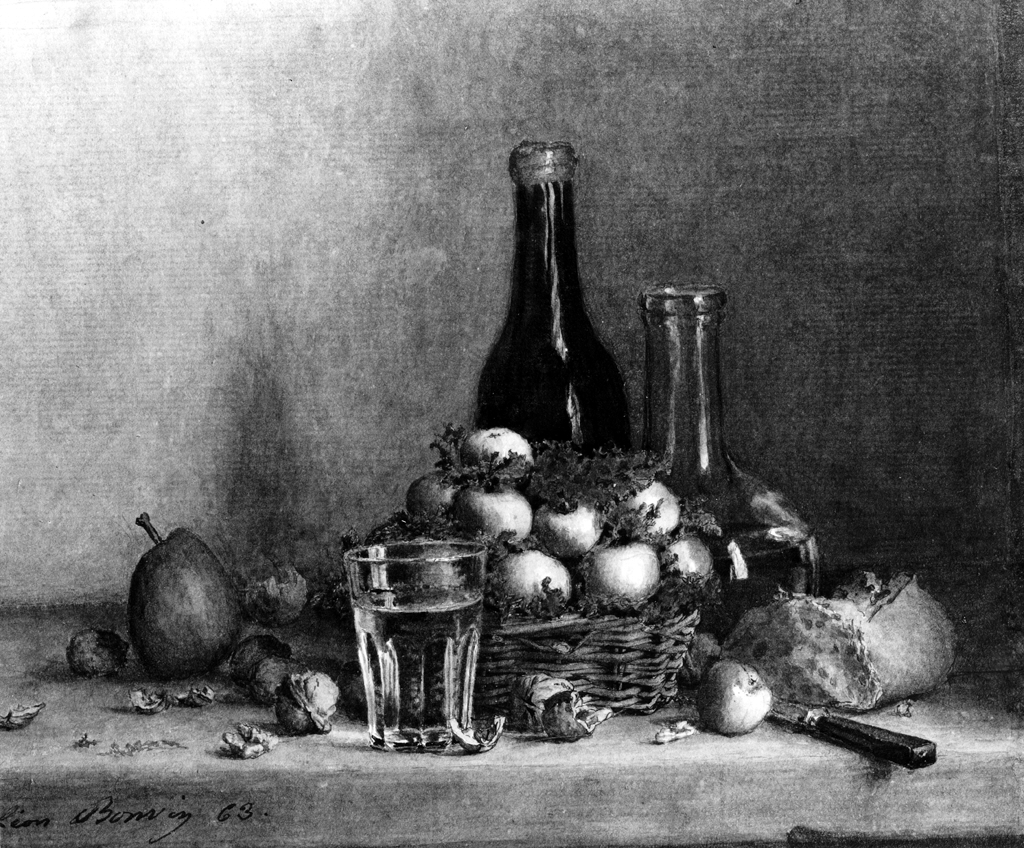 [2] In a diary entry for 10 February 1863 Lucas records "Bonvin to see me took fruit for Graham" "Bonvin 2 drawings apples oranges 30 fs." This is one of four watercolors of apples by Bonvin dating from or before this date, it is therefore possible that William T. Walters later acquired this watercolor from his Baltimore neighbor.