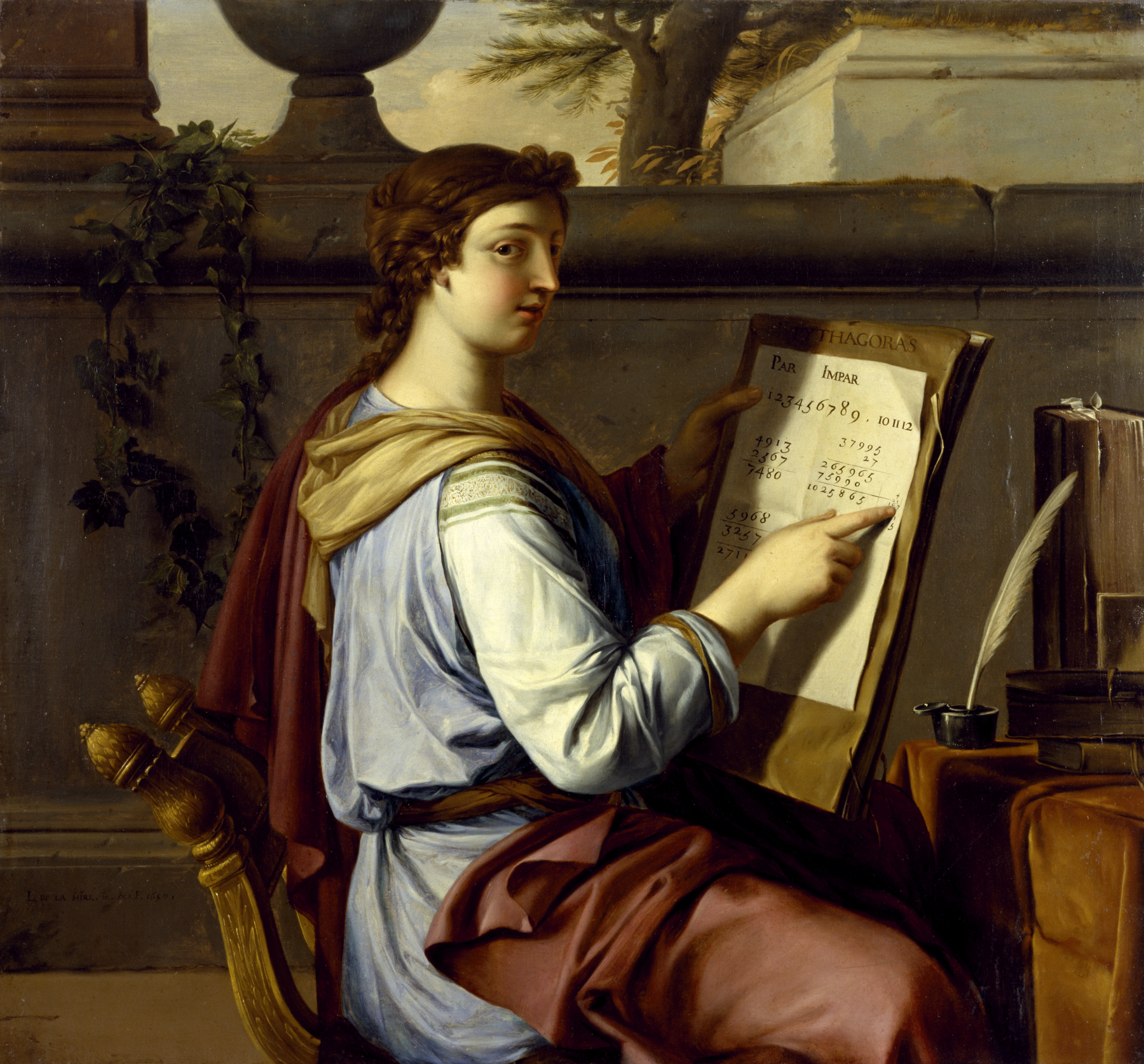 The importance of the intellect was often celebrated in representations of the Seven Liberal Arts: Grammar, Rhetoric, Logic, Geometry, Arithmetic, Astronomy, and Music. They could be personified as poised young women in a setting and clothing suggestive of ancient Greece, the homeland of Western abstract thought. On the book held by Arithmetic is the name of the Greek mathematician Pythagoras, while on the worksheet are the primary mathematical functions: addition, subtraction, and multiplication.

La Hyre produced at least two such series--including the "Allegory of Grammar" (Walters 37.862)--as decoration for the homes of the wealthy. He conveys this classical theme with the cool, rounded, carefully balanced forms of the new idealized style inspired by Raphael and Greco-Roman sculpture.