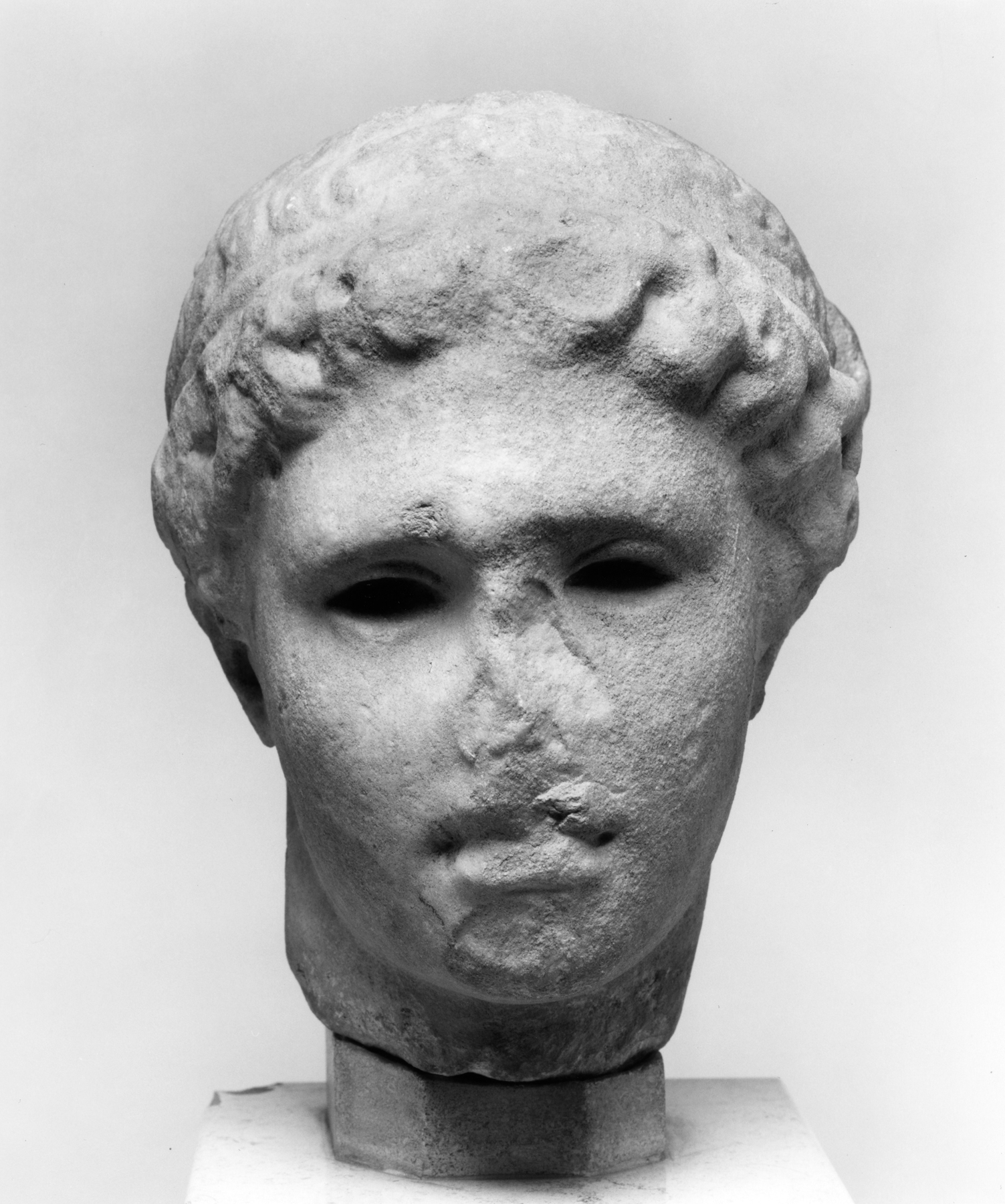 Head of a Youth

A slight turn of the neck causes this figure to gaze to the right and slightly down. In antiquity, the deep-set eyes would have been inlaid—the whites would have been made of ivory or bone and the iris of glass or colored stone. This technique was used by many ancient cultures, though it was particularly popular in Egypt from the 2nd century BCE onward. The nose is broken off, and there is damage to the chin and lips. The weathered curls of the hair are surrounded by a fillet. Behind the left ear is a protrusion that may be a tuft of hair inspired by the so-called “sidelock of youth,” a traditional feature in representations of children in Egypt that typically appears at the right temple or behind the right ear, though examples of sidelocks on the left exist. The sidelock dates back to the Old Kingdom (2649–2134 BCE) but still appears in Egyptian art after it became part of the Roman Empire in the late 1st century BCE. Alternatively, the knob may be the remains of an unusual form of attachment to a relief. The uneven weathered condition, broken nose, and damaged lips suggest that the head was buried or submerged in water for some time.