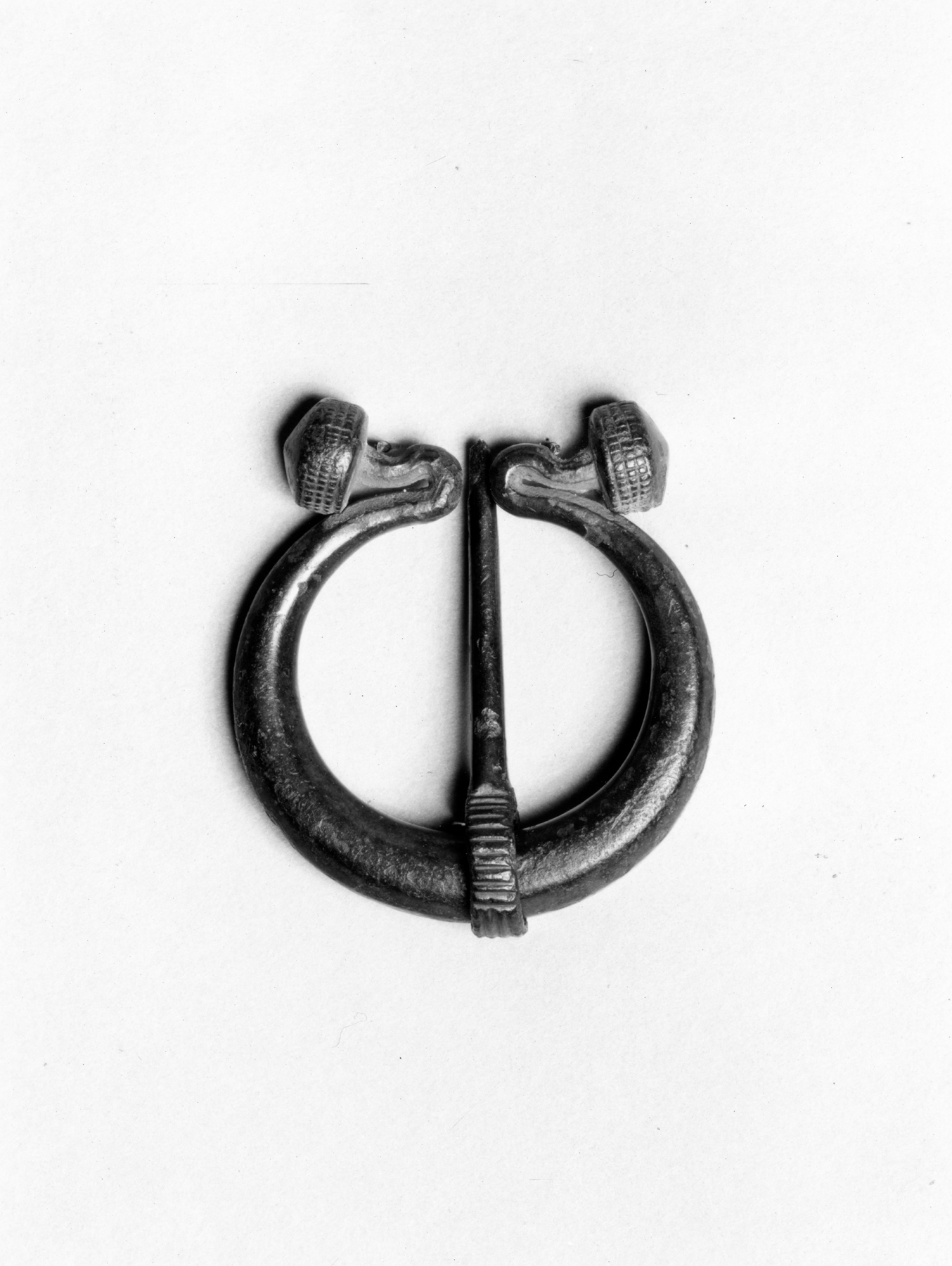 Found in France, this circular bronze fibula relates to a number of others found in various parts of the Roman Empire, often in Roman campsites and forts. The round body of the fibula narrows towards the opening, where the ends are recurved and terminate in flattened buttons. The button ends are treated with hatched decoration, and the pin is filed with transverse lines at its upper end.