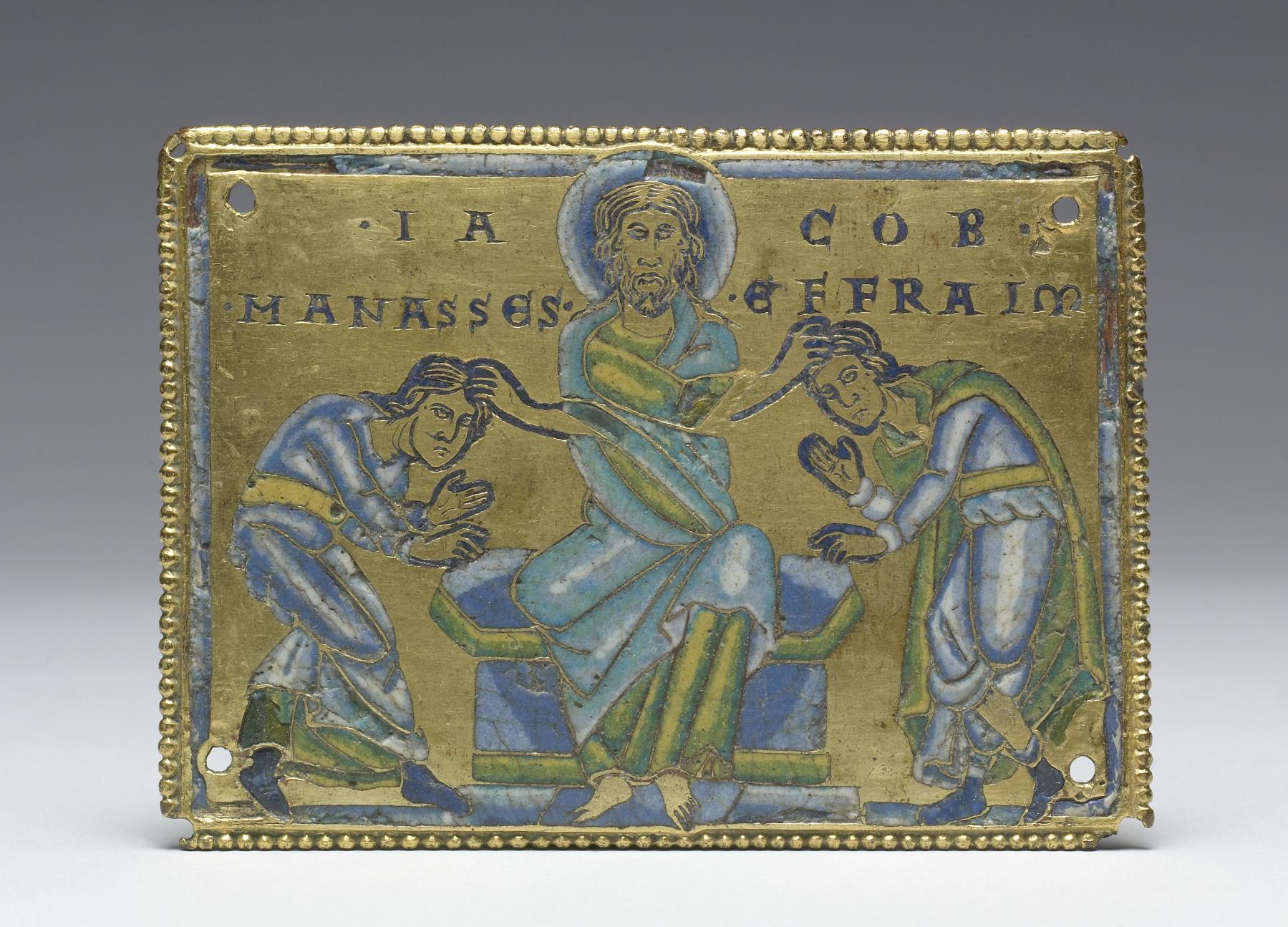 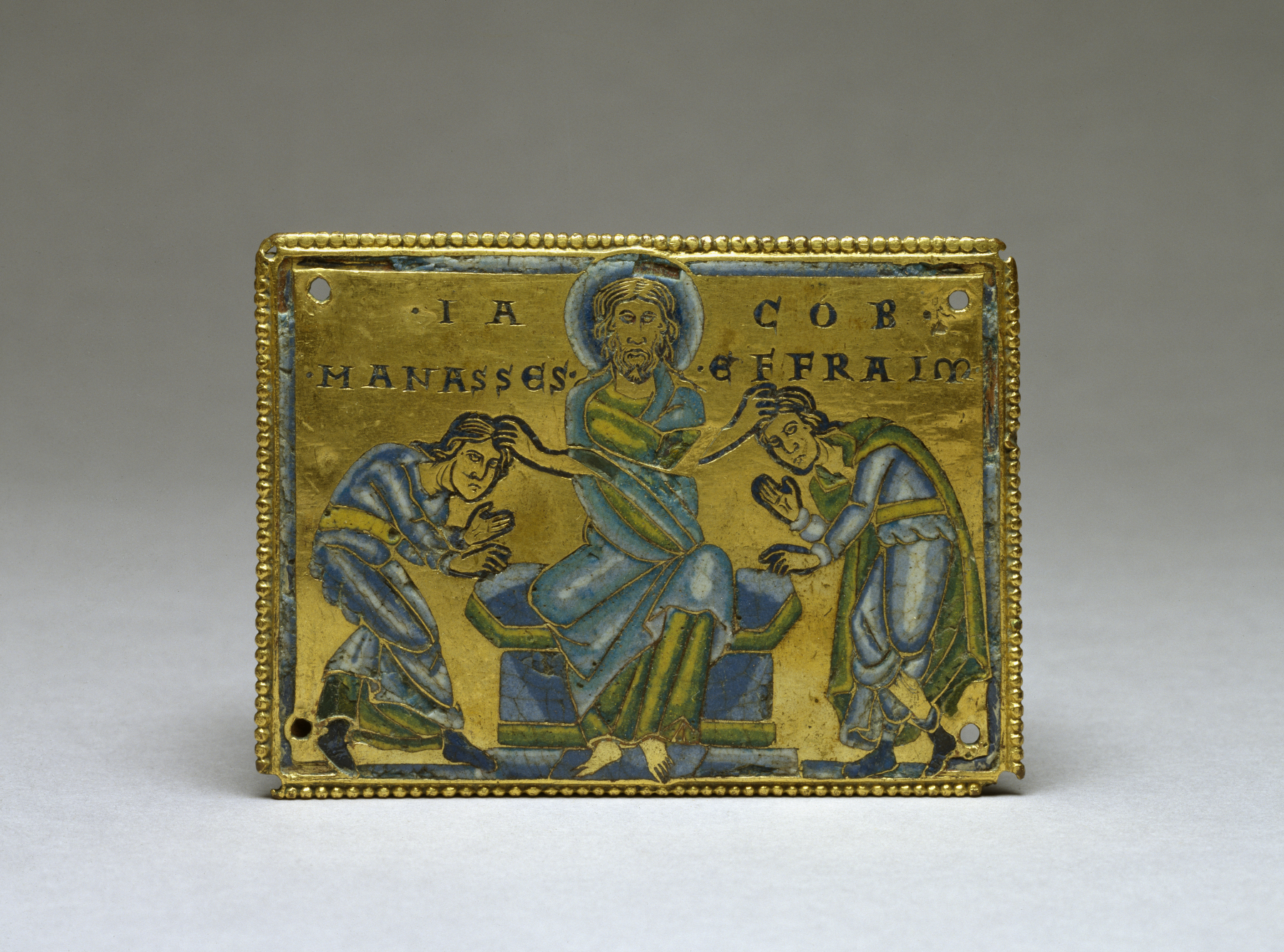 This scene illustrates a passage from Genesis in which the blind Jacob deliberately rests his right hand (the hand of honor) on the head of Ephraim, the younger grandson, and his left hand on Manasses, the elder one. In so doing, Jacob, also called Israel, prophesies the greatness of Ephraim's descendants, interpreted by medieval theologians as the Christian faithful. The plaque was probably part of a "typological" cross--a cross that combines Old and New Testament scenes--in which the crossed arms of Jacob symbolically refer to the crucified Christ.

Upper line of text in enamel on either side of central figure's head: IA/COB;
[Transcription] IA/COB; [Translation] Jacob.

Lower line of text over the head of the bowing figure at viewer's left: MANASSES [Transcription] MANASSES; [Translation] Manasses.

Lower line of text in enamel over the head of the bowing figure at viewer's right: EFRAIM; [Transcription] EFRAIM; [Translation] Ephraim