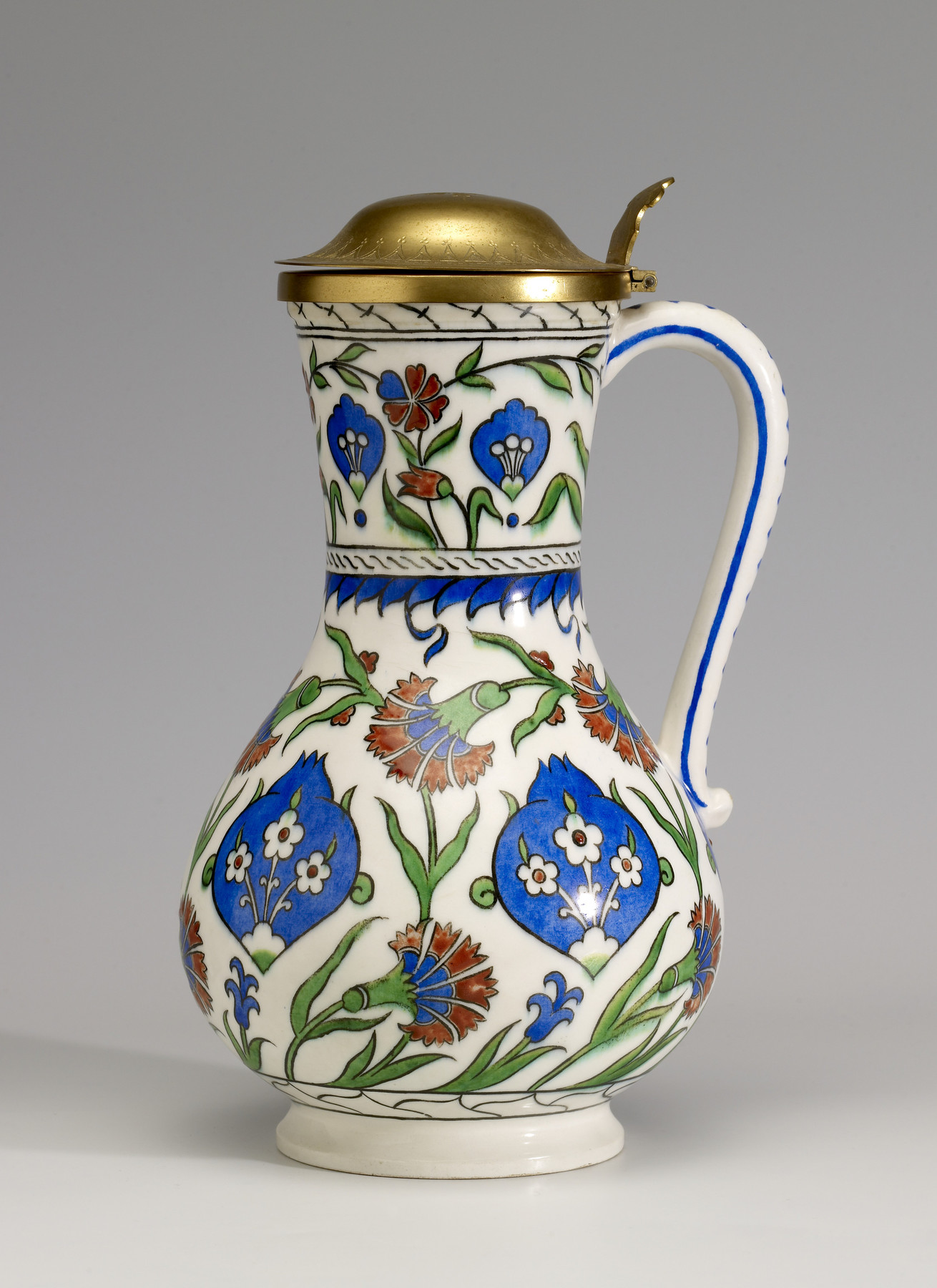 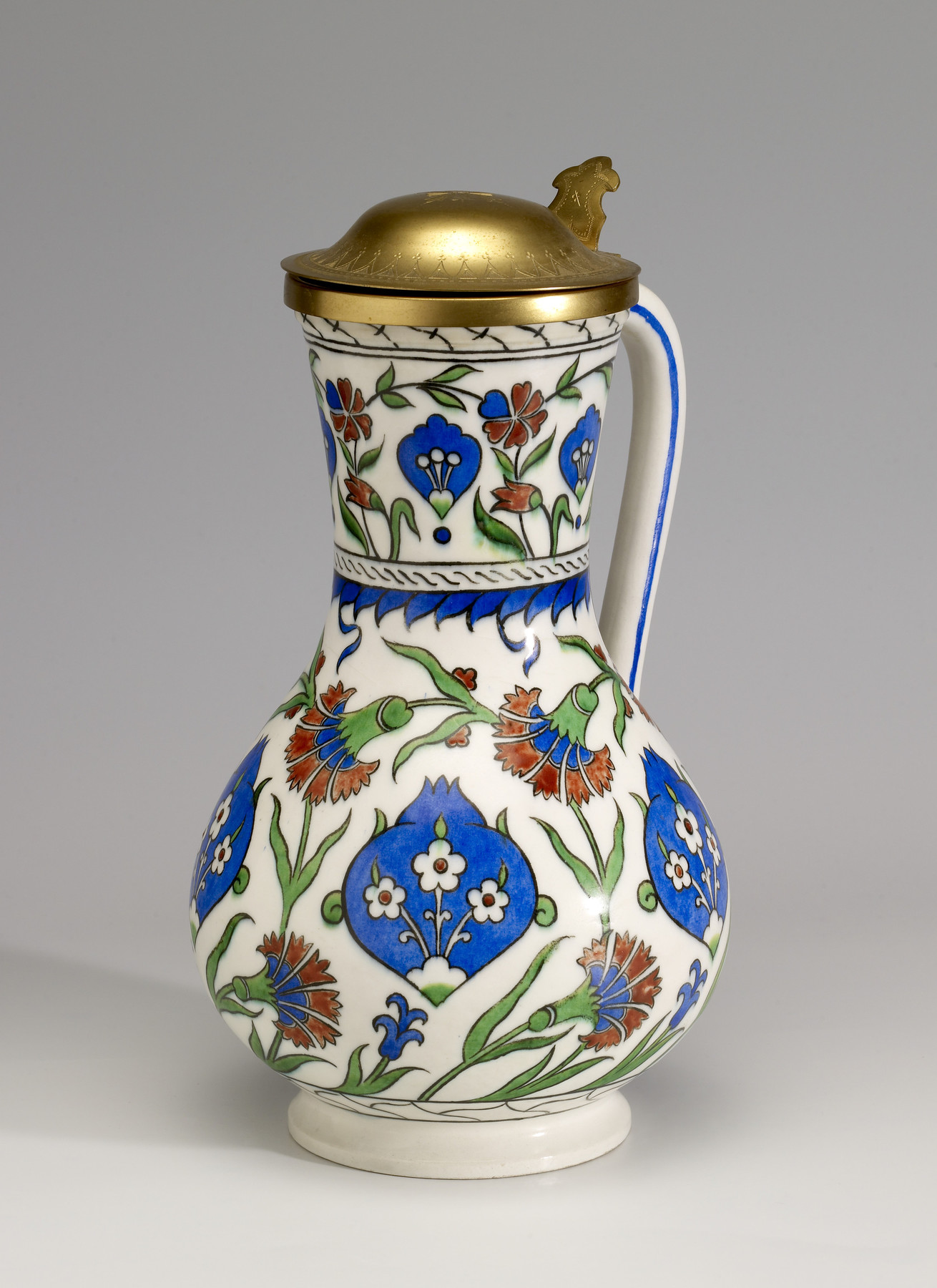 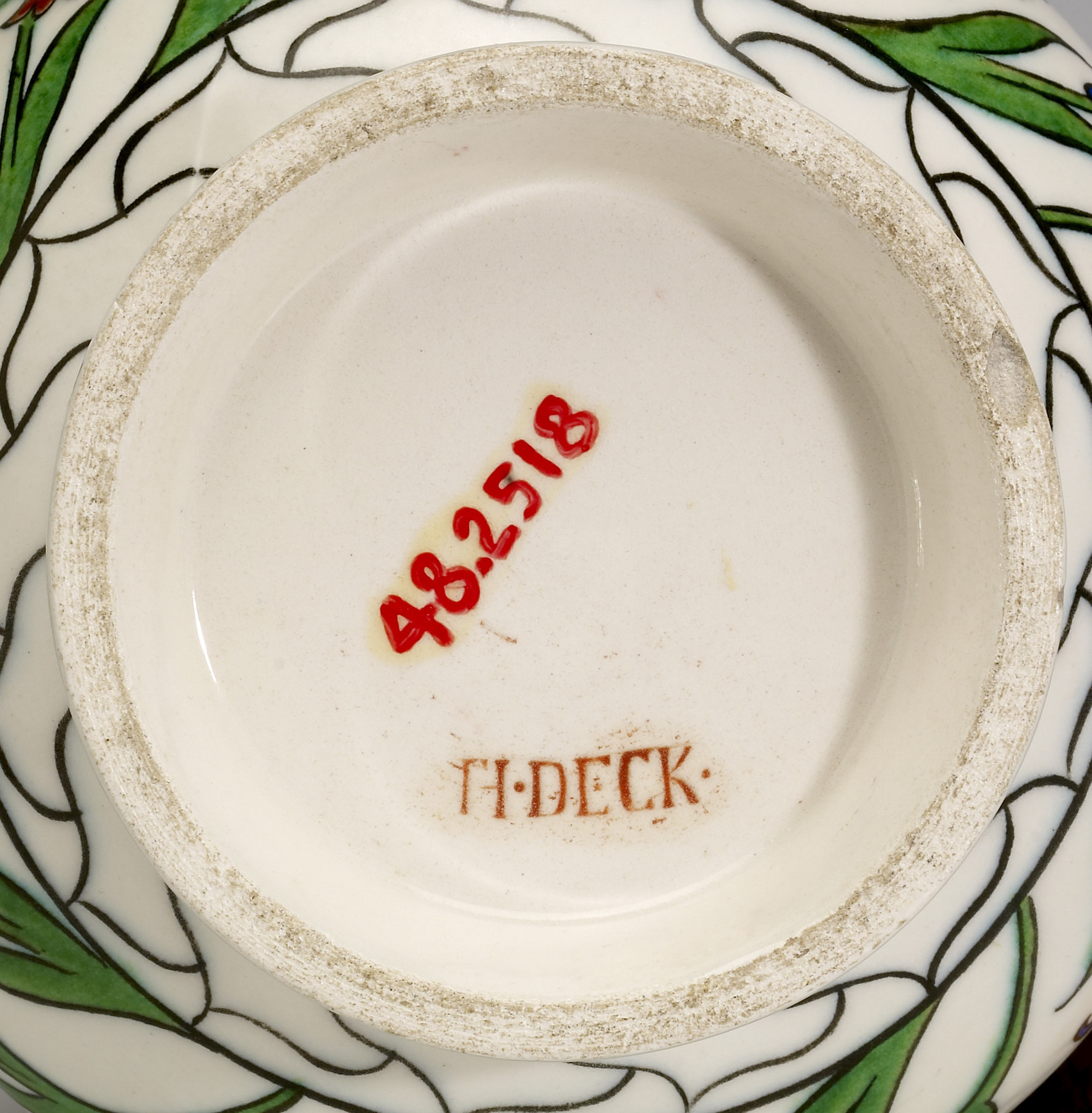 Deck began his career as a stove-maker, working first in Vienna, where he produced stoves for Schönbrunn Palace, and, after 1857, in Paris. At the Exposition Universelle held in Paris in 1855, he was so impressed by the Minton factory's brightly colored majolica wares that he decided to produce his own. The following year, he opened a factory for "artistic faience." Inspired by the designs and colors of Turkish Iznik wares that he had studied at the Musée de Cluny, he developed his own range of colors, including a distinctive turquoise known as "bleu Deck." Deck employed a number of noted artists to work for him and continued to exhibit in the various international exhibitions, winning a wide following both in England and America as well as in France.

[Inscription] On base in red: T-I.DECK.