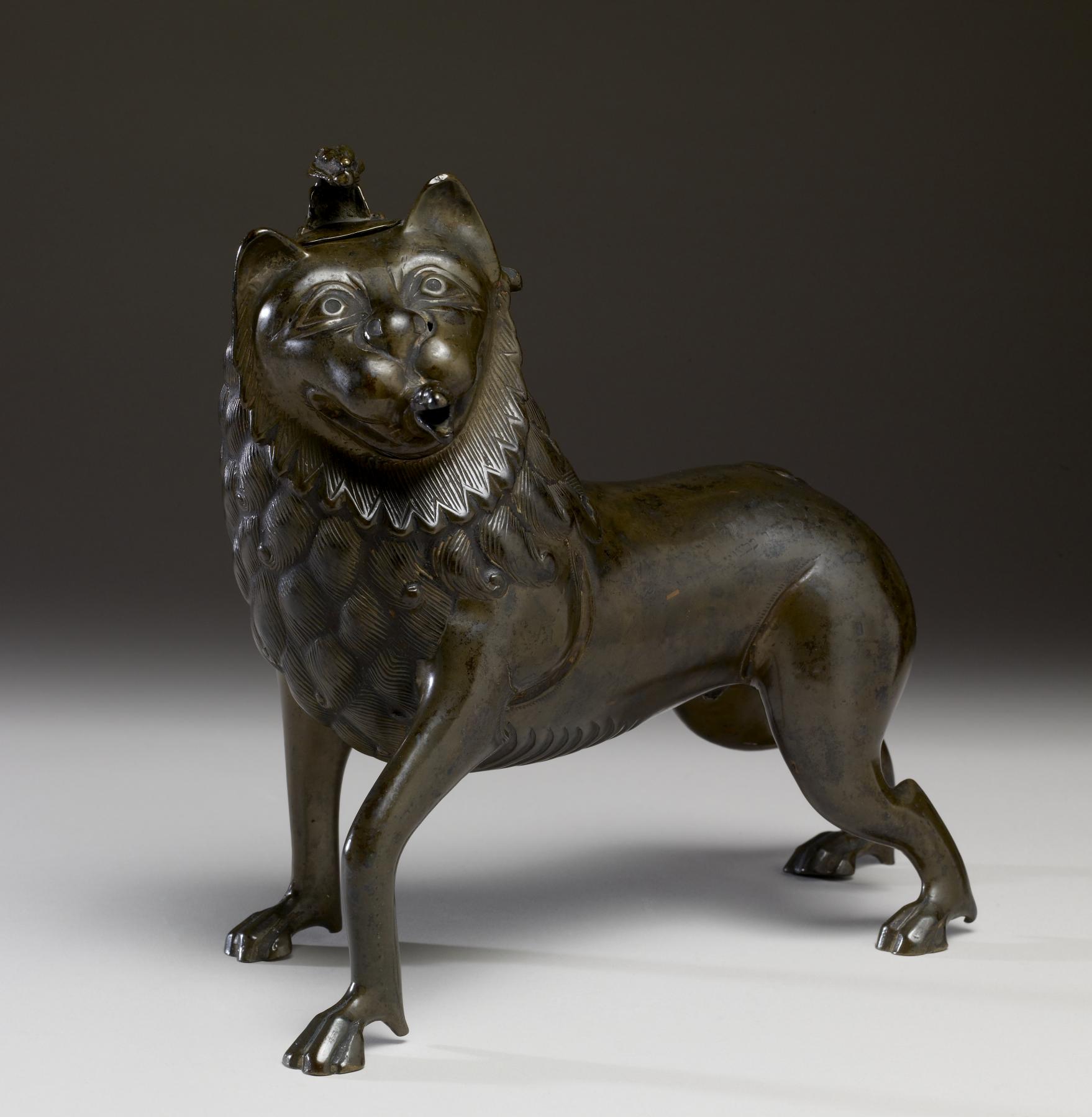 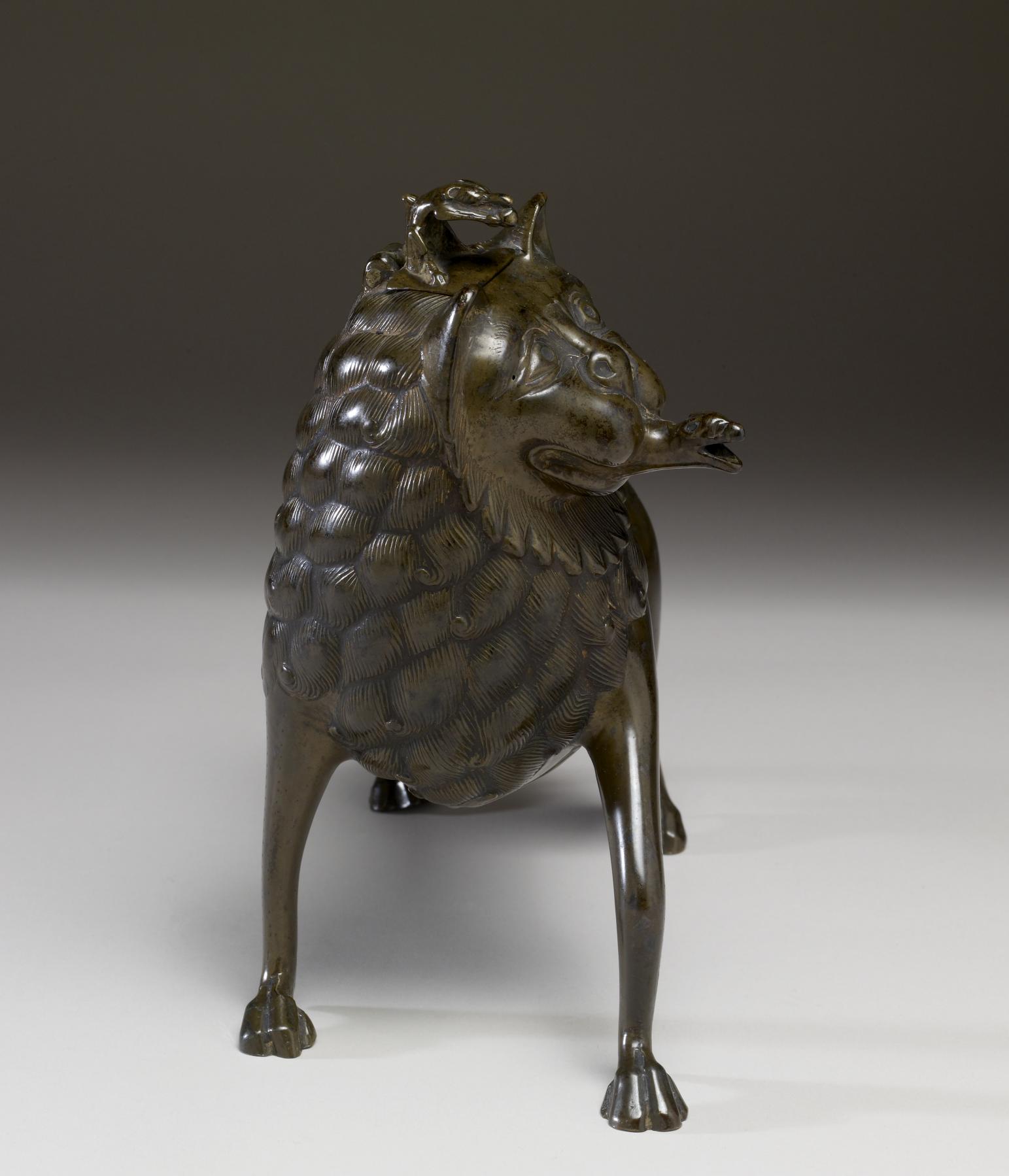 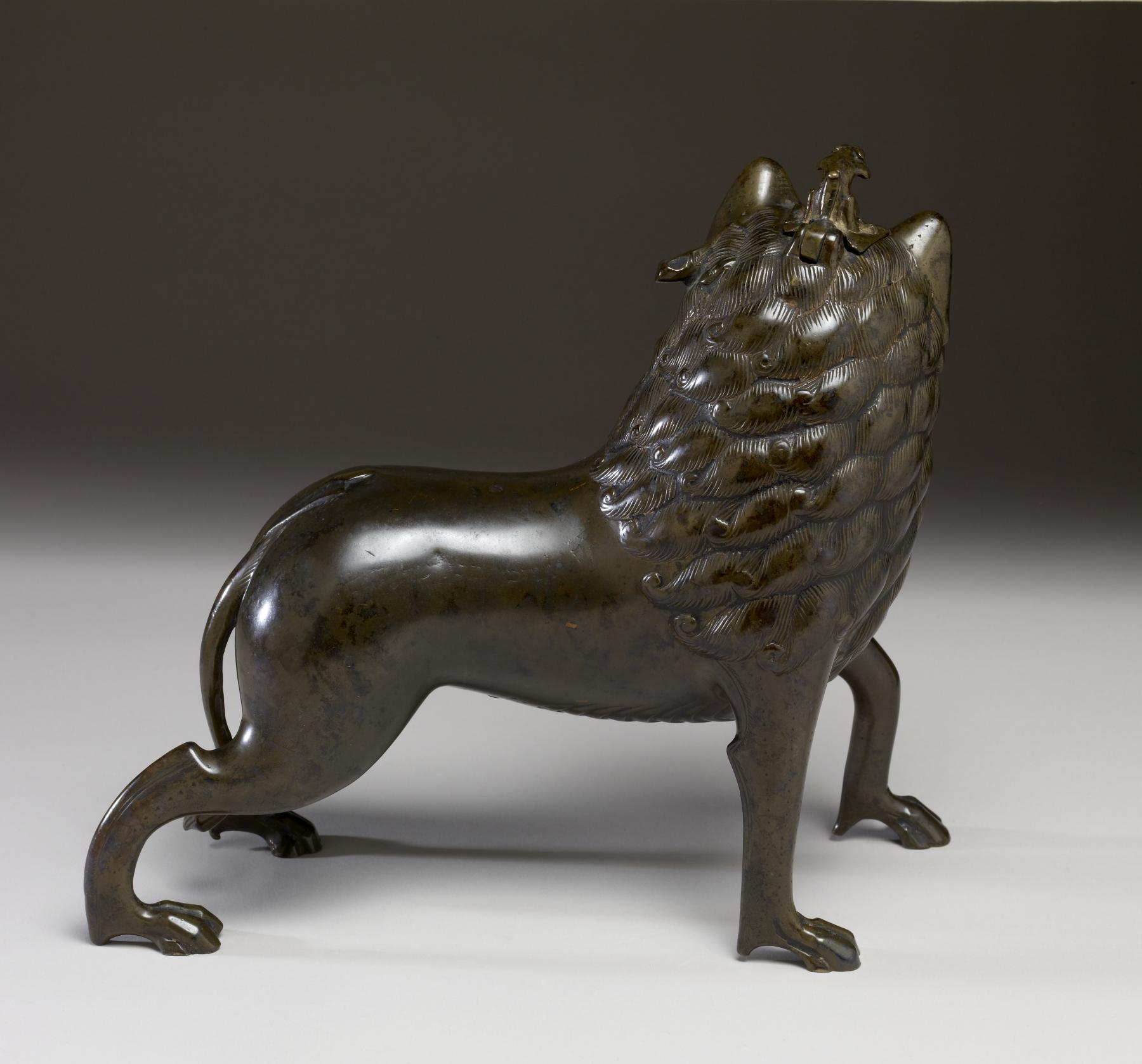 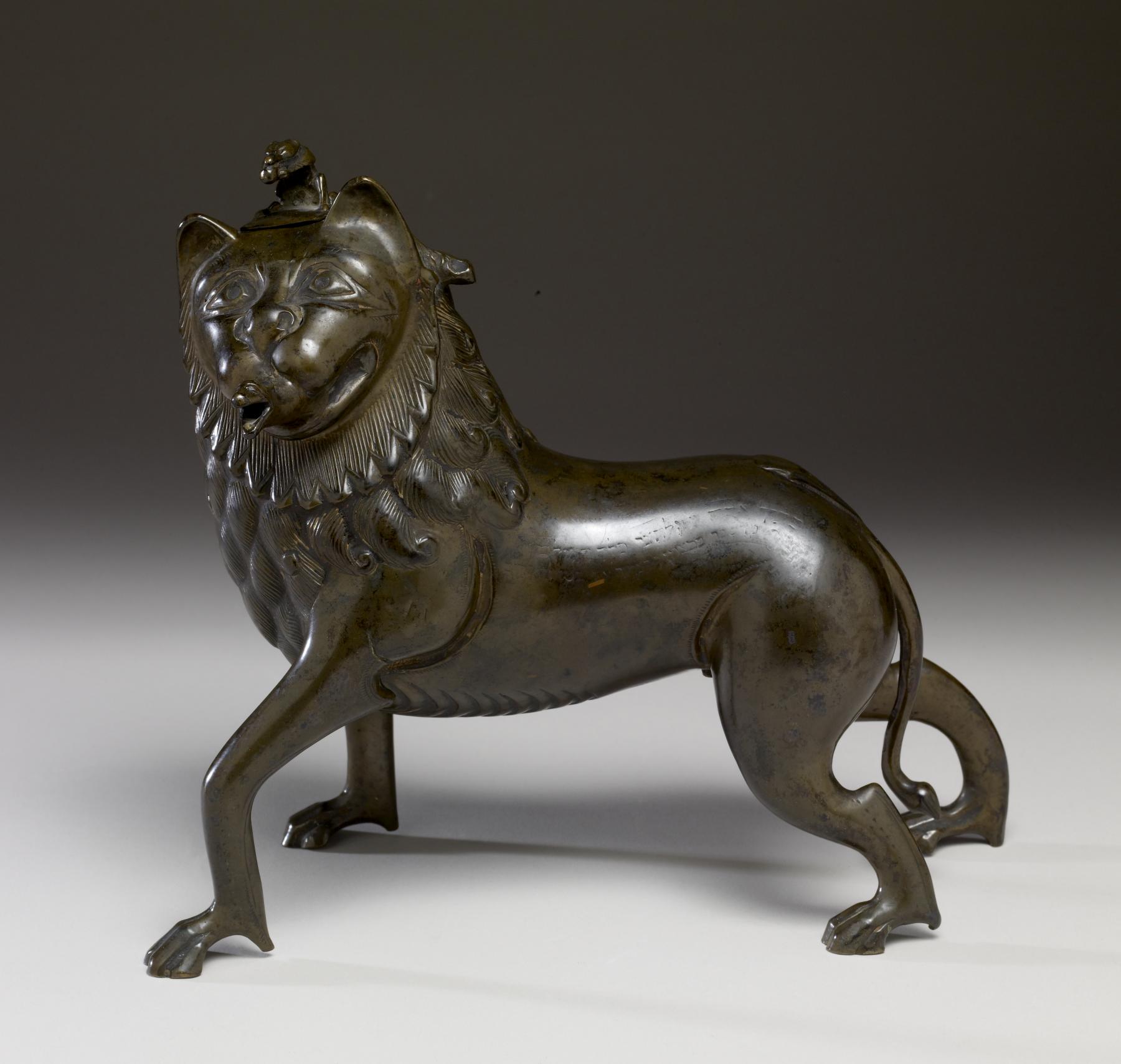 Aquamanile in the Form of a Lion

Aquamanilia, or water pitchers, present an interesting case of intercultural exchange across great distances. This type of vessel is a small, closed water pourer, often shaped as an animal or mythological creature. The form developed in the ancient Near East, and many of the animals shown, whether real or mythical, also derive from Near Eastern prototypes: lions were particularly favored. This unusual example bears a Hebrew inscription on one side that reads, "Blessed be the King of the Universe, who has instructed us to wash our hands," indicating that it served a ceremonial function, either in a Jewish home or synagogue. Whether this inscription is original to this piece or added later, it attests to the diverse cultural communities served by the same type of object.