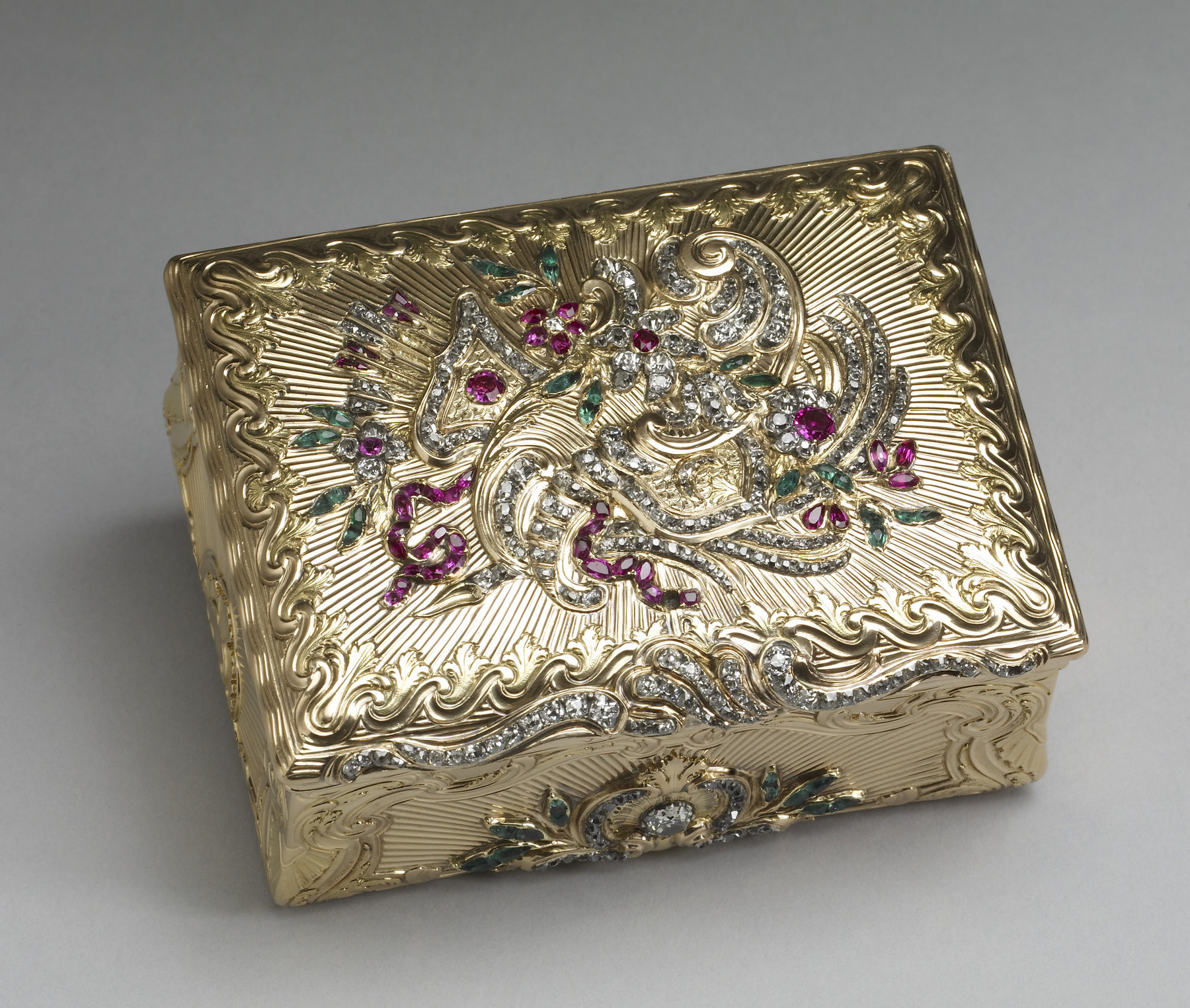 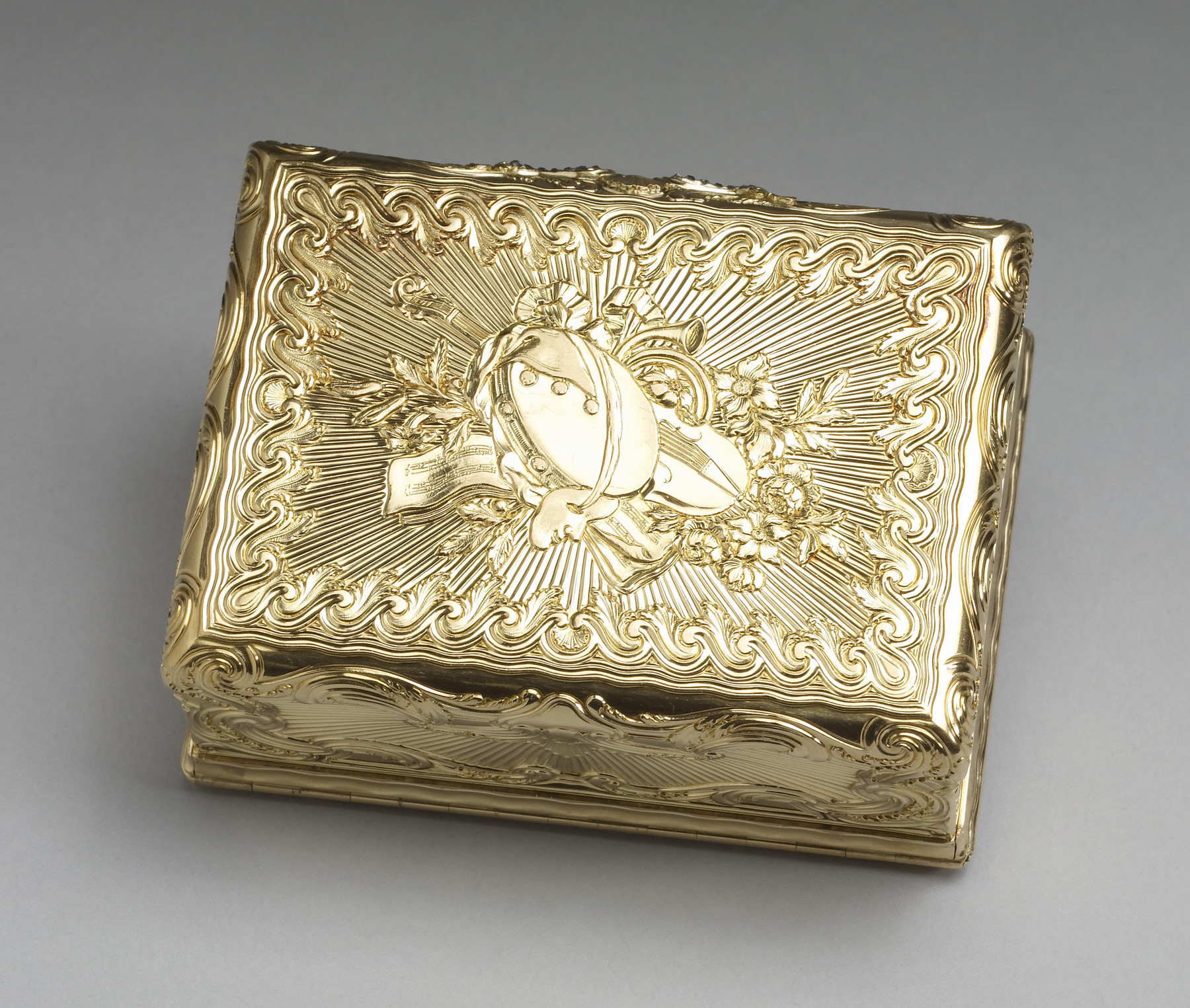 Originating in the Americas, the practice of “taking snuff,” or inhaling pulverized tobacco through the nose, became a common European custom by the 17th century. Consumers of all social levels and of both sexes would carry small, airtight boxes filled with the powdered tobacco, taking a pinch whenever they needed. Over time, however, society’s elites began to purchase and commission increasingly extravagant and precious boxes. Kings and Queens would often present snuffboxes to ambassadors as diplomatic gifts and to courtiers as payment for services. Made of a variety of precious materials, including gold, enamel, semiprecious stones, lacquer, and tortoiseshell, snuffboxes were coveted and enthusiastically collected. Displaying one’s collection of prized snuffboxes or stylishly retrieving an elegant box from one’s pocket were important social rituals; these objects revealed a person’s tastes, interests, and erudition. This box is an ornate, bejeweled example, with inlaid rubies, emeralds, and diamonds. These gemstones accentuate the box’s Rococo style, as they highlight the flowing scroll motifs and draw the eye towards the asymmetrical design on the lid.