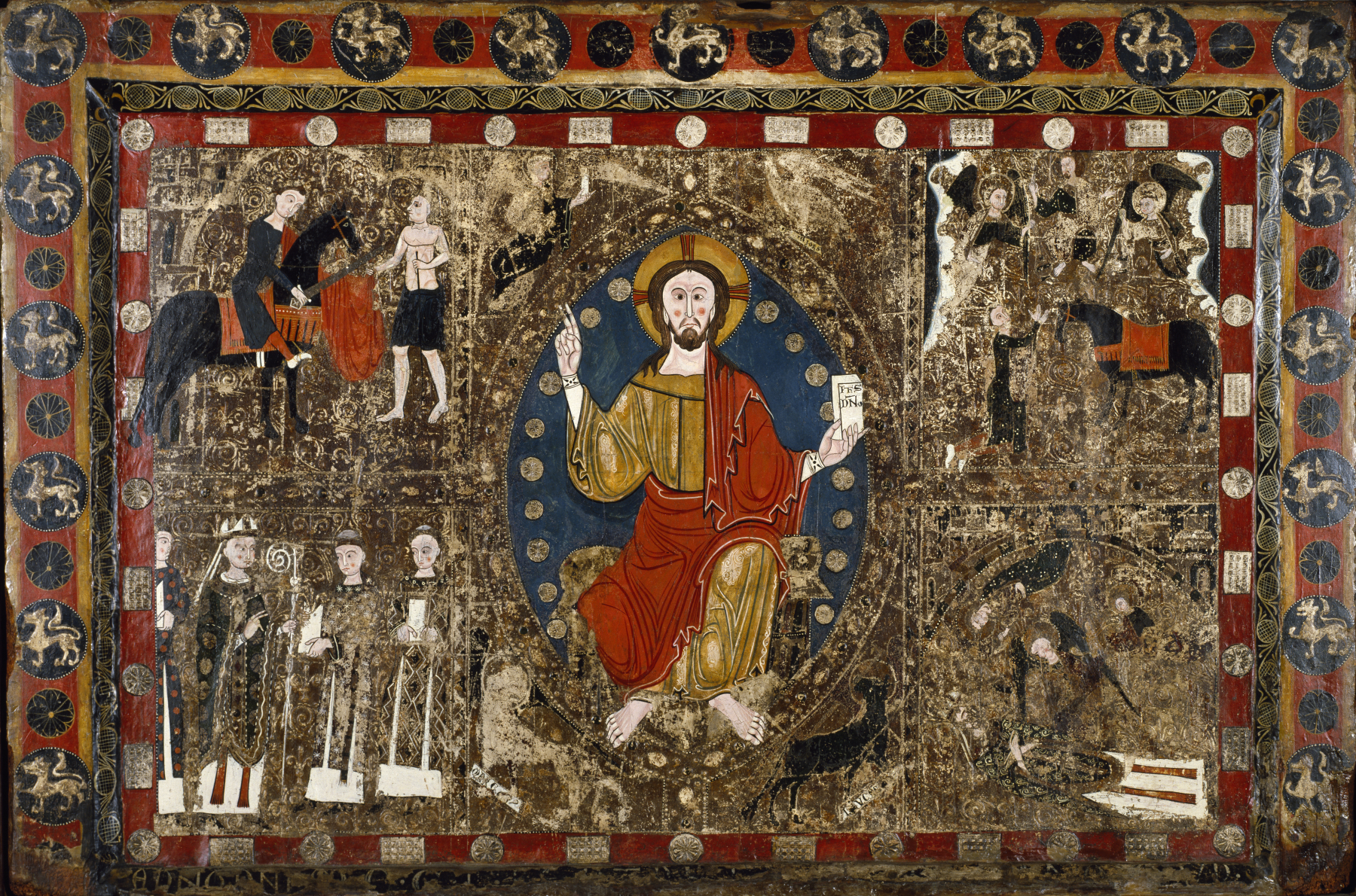 In western churches the altar itself was often richly adorned with frontals in a variety of media, including carved and painted wood, sculpted metal, carved alabaster, and richly woven textiles. The use of an altar frontal (called an antependium in Latin) probably stems from the tradition of placing altars over the tombs or shrines of saints. Many altar frontals include imagery related to the saint to whom the altar was dedicated. This mid-thirteenth century example from Catalonia, Spain, has been painted with scenes from the life of Saint Martin. Martin was a fourth-century soldier in the Roman army who abandoned that career to serve God. According to the recorded story of his life, while stationed in present-day France, Martin met a barely dressed beggar on the road and cut his own cloak in half so that the man might be clothed. That night, Martin had a dream informing him that the beggar had been Christ. Martin was then baptized, eventually became the bishop of Tours, and after his death became a widely popular saint. At the upper left of this panel, Martin, on horseback, gives half of his cloak to a beggar, while at the upper right he has a vision of Christ wearing the cloak. At the lower left, the saint is ordained bishop of Tours (in AD 372), and, at the lower right, his soul is carried to heaven by angels.

These scenes have been painted on a solid panel, but the decorative borders of the work are reminiscent of textiles, which were often used as altar frontals.