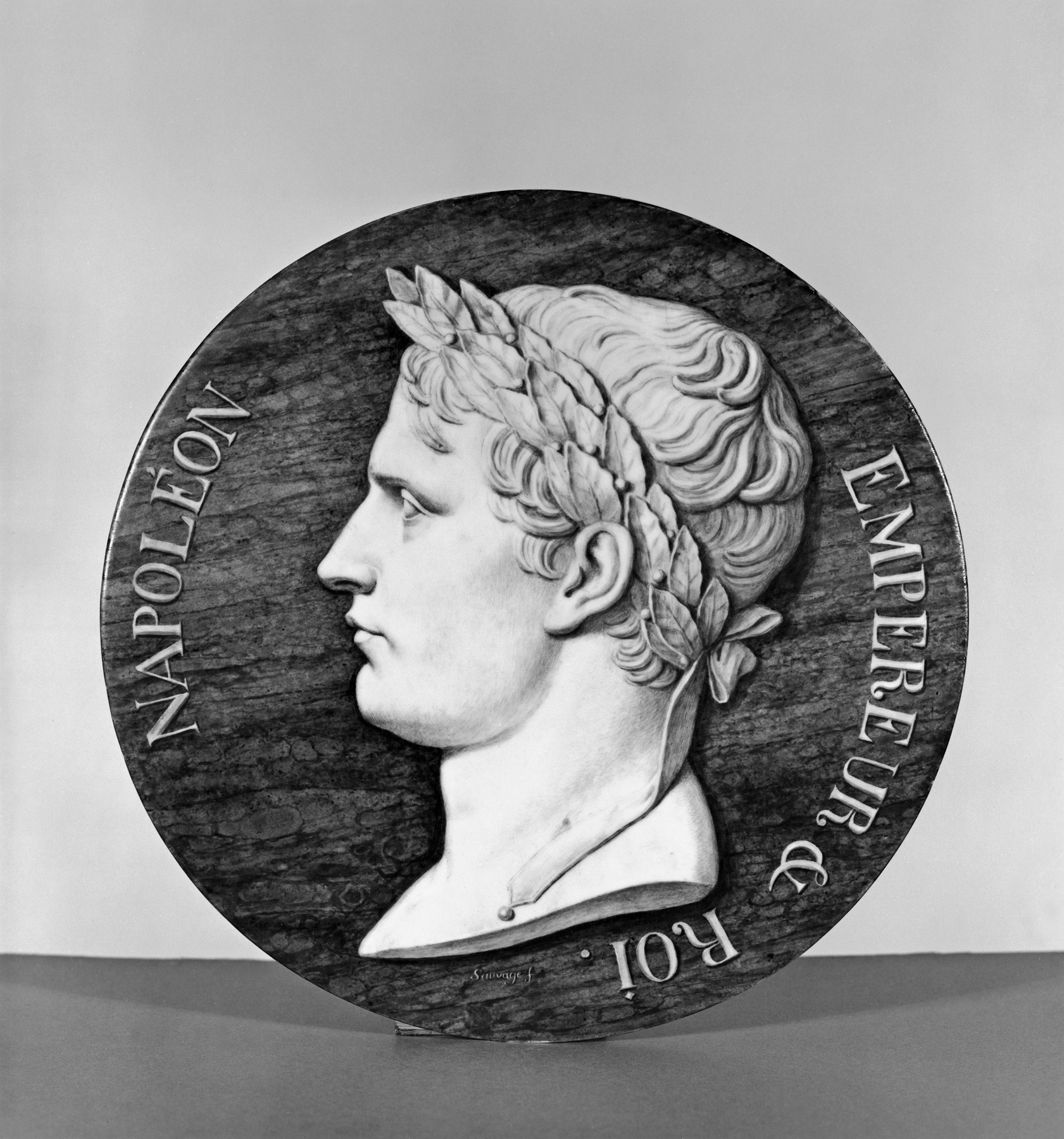 On this medallion, Napoleon is idealized as a Roman emperor crowned with a laurel wreath. He is identified as the French emperor (r. 1804-14 and 1815) and as king of Italy (r. 1805-14). Sauvage, who left his native Antwerp for Paris in 1774, became famous for painting porcelain to resemble marble.