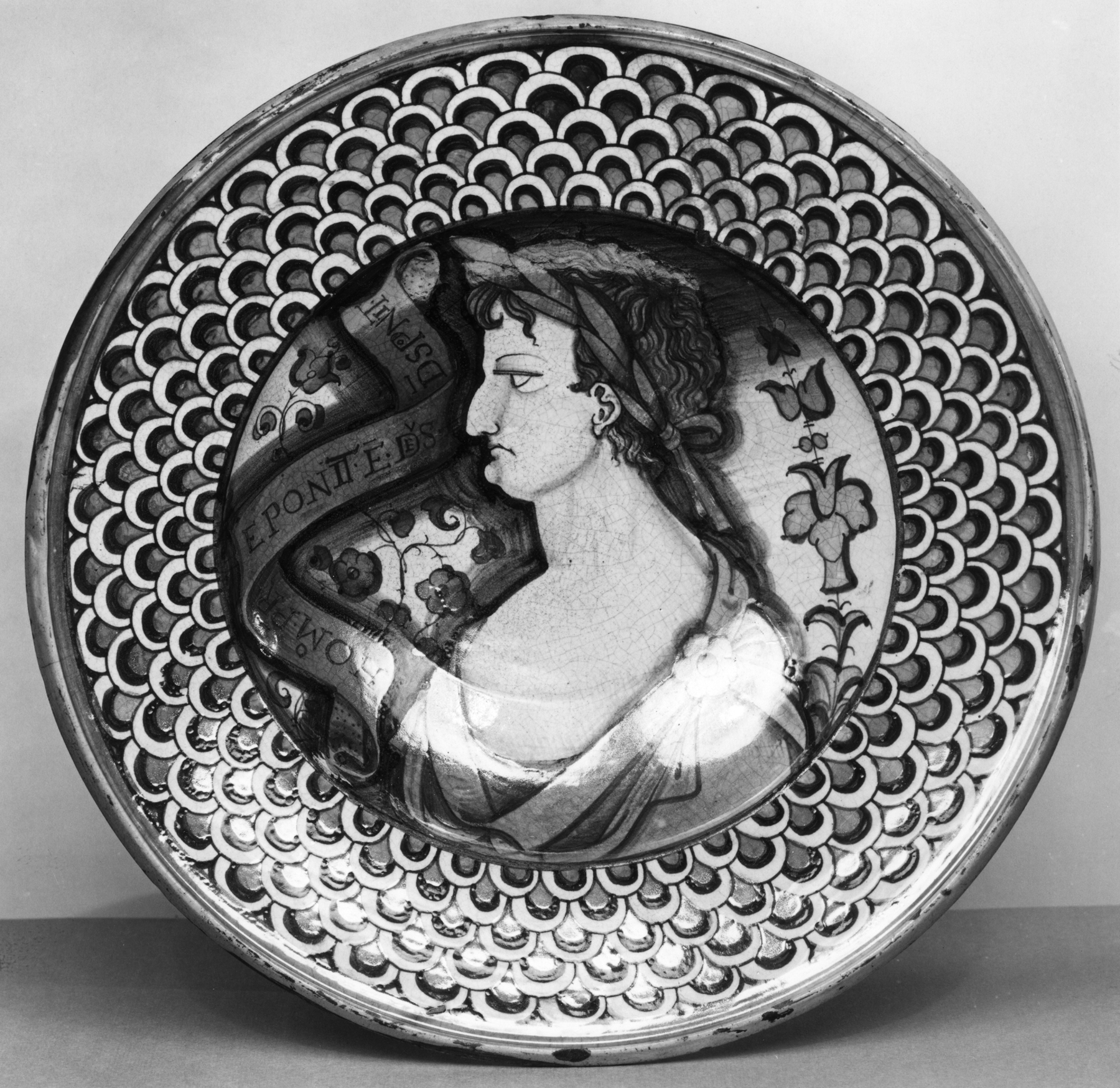 Dish with a Roman Emperor in Profile

In the center of this dish is the left profile bust of an unidentified Roman Emperor wearing a laurel wreath and facing a scroll inscribed: "HOM.PRE/PON.IT.E.DvS.DSPNIT" (Man proposes, God disposes). Classical figures like the one shown here were popularly depicted by maiolica painters during the sixteenth century, and the profile was likely based on an ancient coin. The inscription references the belief that man's fate, even that of powerful Roman emperors, is ultimately in the hands of God. The inclusion of such a phrase made the dish appropriate for a Christian household, where viewers would have been reminded of God's preeminence.

The scale pattern on the outer rim is a frequent motif on maiolica as is the combination of gold luster and blue. The back has a greenish-yellow glaze with a double X in the center scratched through the glaze. The surface of this dish appears shiny because of its gold luster glaze, a technique that emerged in the fifteenth century from Spanish potters, and was commonly used by Renaissance maiolica painters in Deruta. For another dish with a Roman profile, see 48.1317. For more information on ‘maiolica’, see 48.1336.