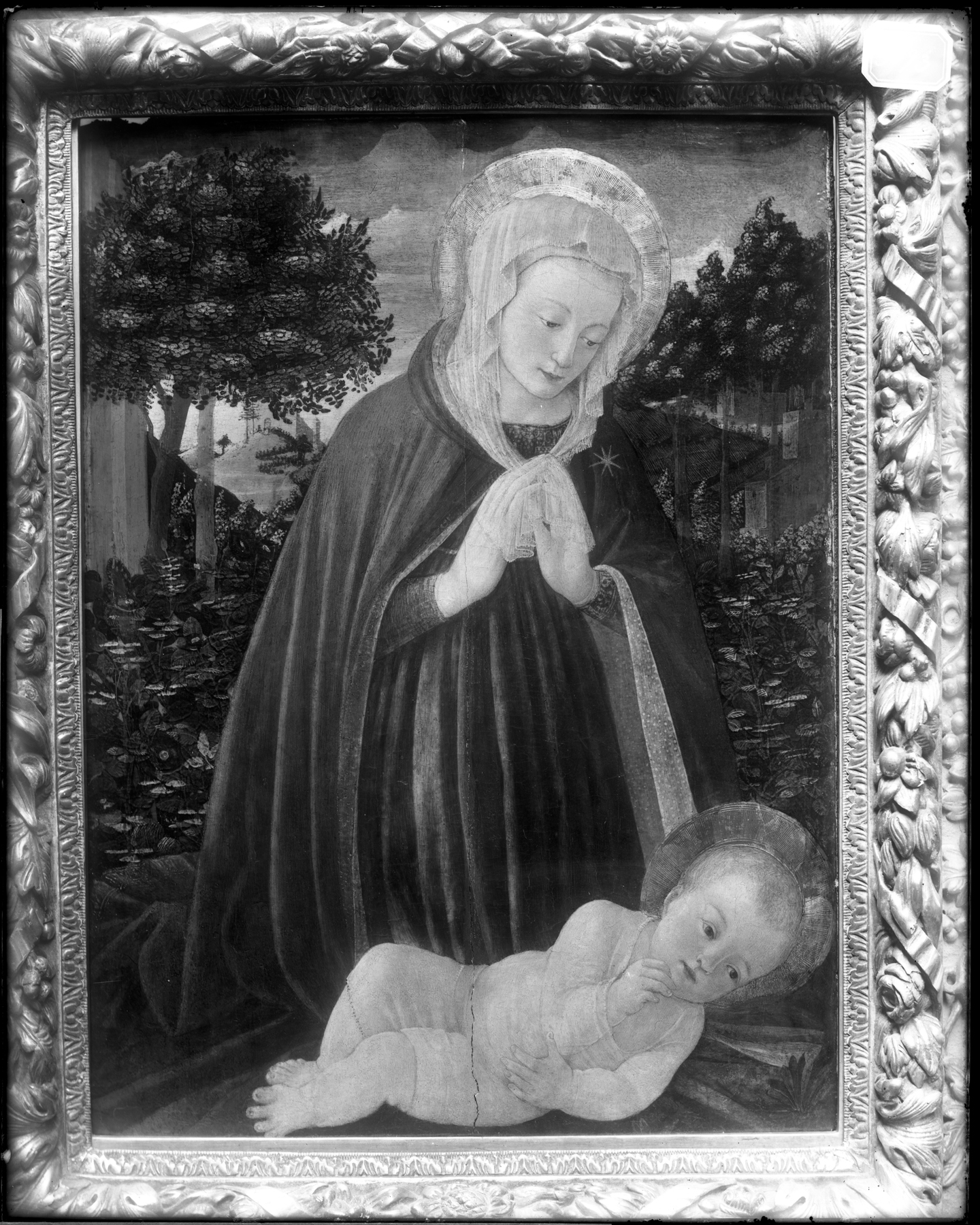 In a hilly landscape defined by a cluster of trees, the Madonna kneels in prayer before the Christ Child, who lies on the hem of his mother’s mantle. Wrapped in a delicate translucent veil, the Christ Child turns away from his mother and toward the viewer, as if asking them to join her in prayer. Such an engaging gesture would have been appropriate for the painting’s original function as the focus of private prayer and devotion in a domestic interior.

The composition is based on a famous altarpiece painted by Filippo Lippi (ca. 1406-1469) around 1460 for the chapel of the Medici Palace in Florence. Now at the Gemäldegalerie in Berlin, Lippi’s altarpiece spawned numerous versions, including several by the Master of the Castello Nativity, who was one of Lippi’s closest associates. The Walters example dates from around 1470.