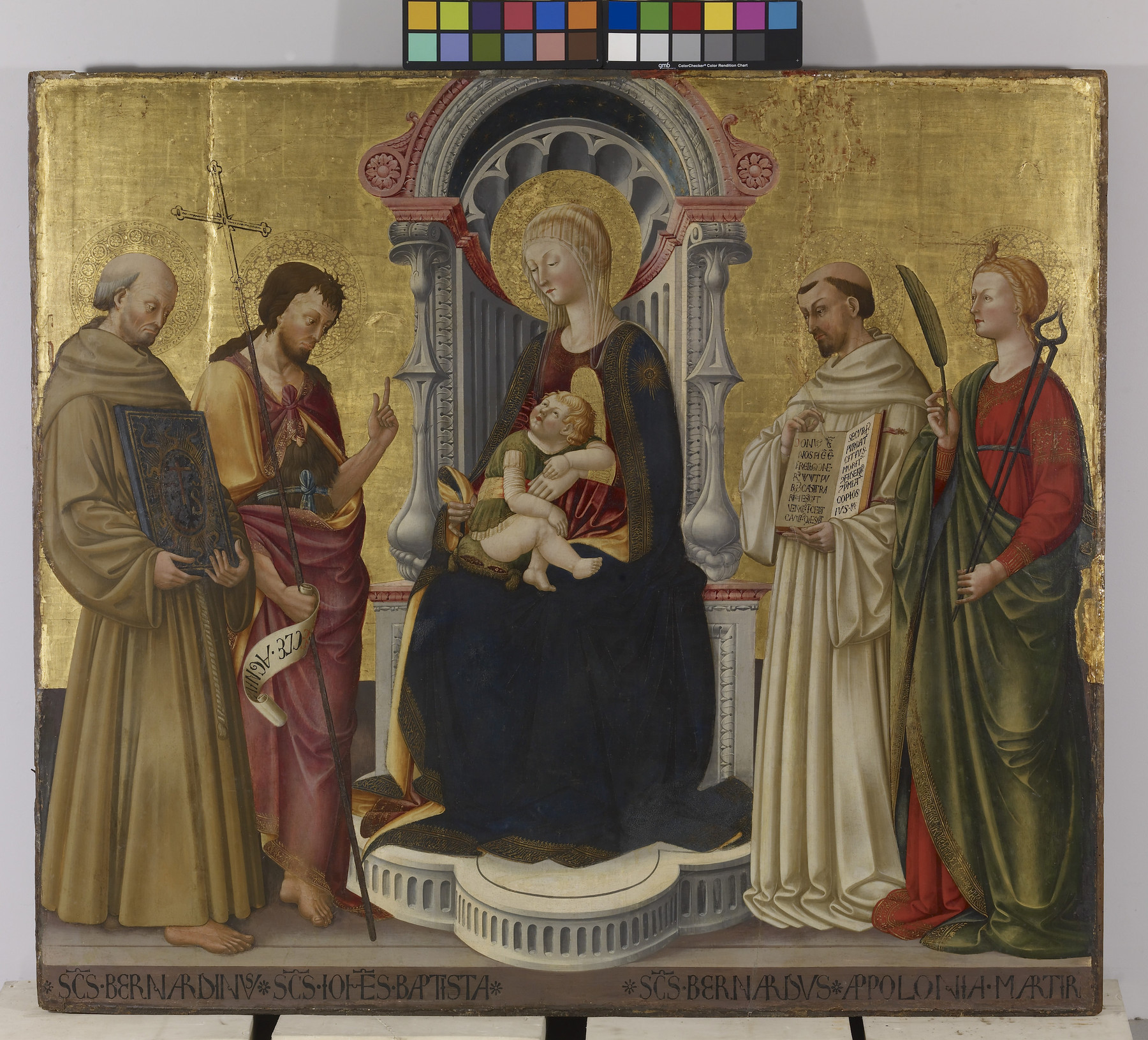 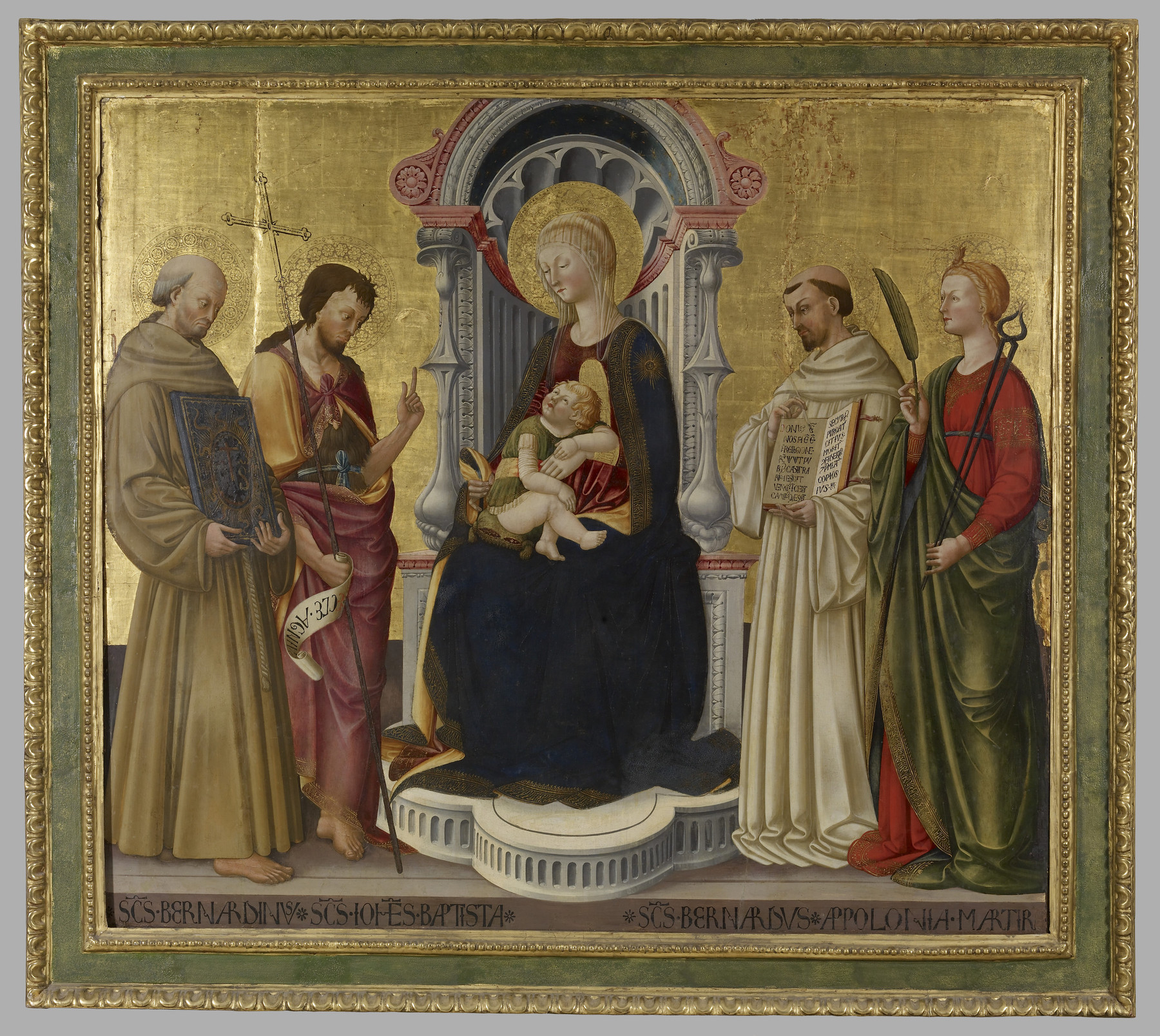 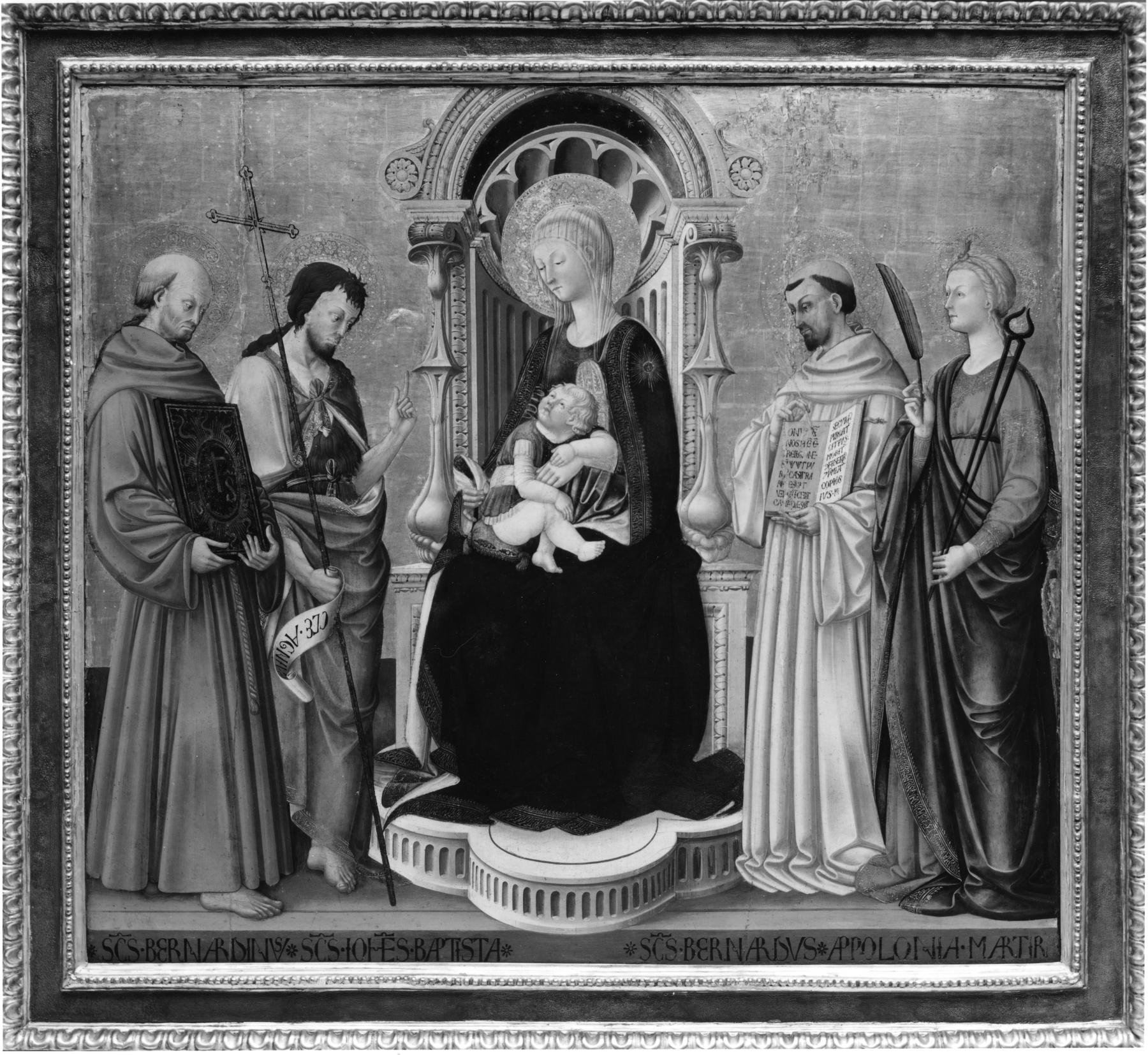 This altarpiece follows the convention of a “sacra conversazione,” or “sacred conversation,” meaning that the holy figures are all placed in a unified space that would allow them to talk to one another. At the center is the Virgin and Child, regally seated on an elaborate throne of pink and grey marble. To the left is Saint Bernardino of Siena (1380-1444), holding the tablet emblazoned with the name of Jesus (“YHS”) which he would display to the Sienese public during his famous sermons, and Saint John the Baptist, wearing his typical animal skin shirt and with a staff in the shape of a cross. To the right is Saint Bernard, holding a book inscribed with one of his prayers, and Saint Apollonia, holding a martyr’s palm and pair of pincers clenching a tooth (a reference to the way she was tortured before her martyrdom). To confirm their identities, the saints’ names have been inscribed on the ledge beneath them.

Neri di Bicci operated one of the most successful workshops in Renaissance Florence. He inherited his enterprise from his father, Bicci di Lorenzo (1373-1452), and grandfather, Lorenzo di Bicci (ca. 1350-1427), and recorded all of the workshop’s activities in a diary called the ‘Ricordanze.’ This diary miraculously survives for the years between 1453 and 1475 and provides a remarkable glimpse into the world of a typical Renaissance workshop. This altarpiece does not appear in any of the diary’s entries, suggesting it is one of Neri's earlier works. It certainly dates after 1450, the year in which Bernardino of Siena was officially declared a saint.