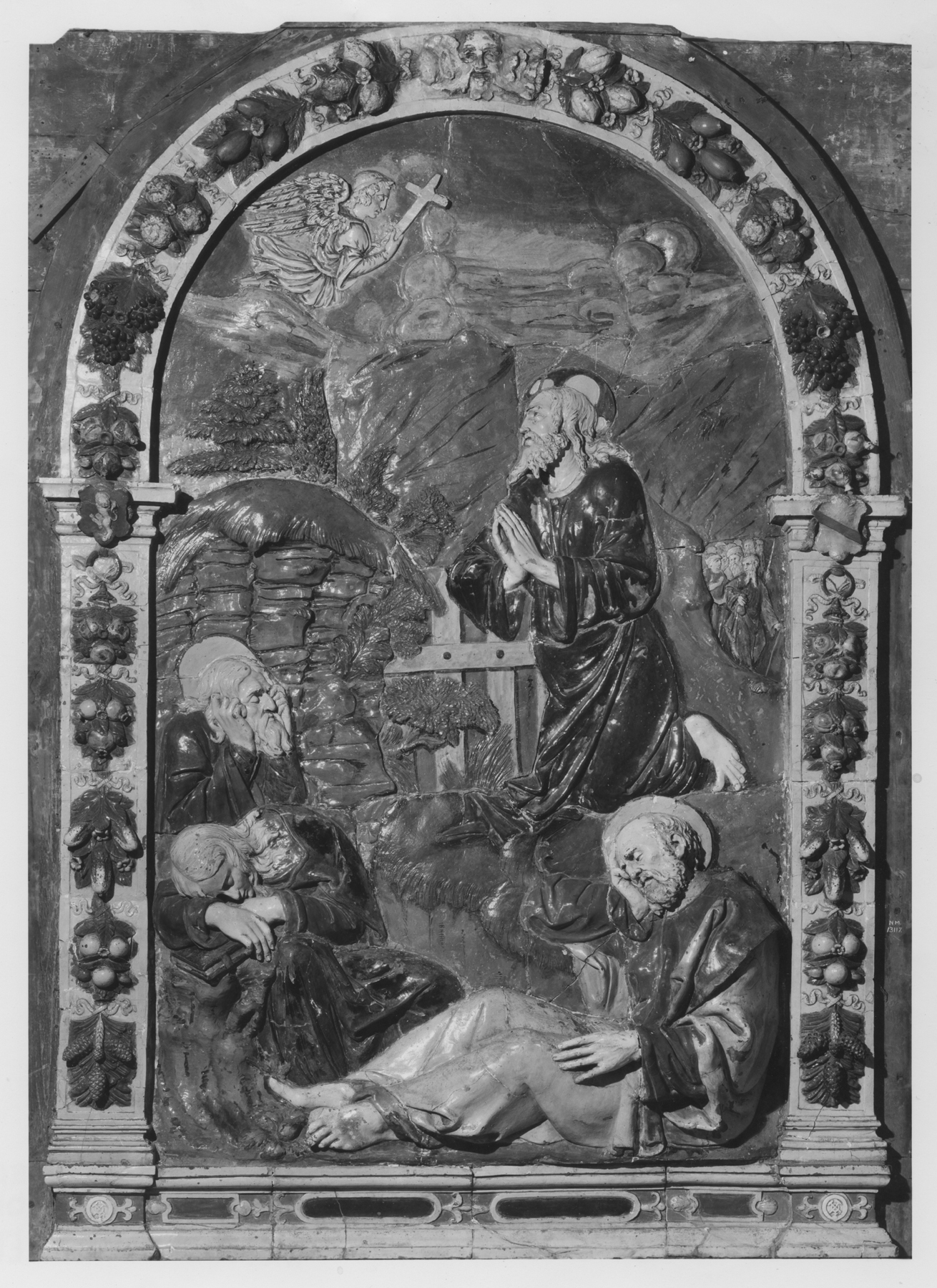 The Agony in the Garden of Gethsemane

The Buglioni workshop specialized in glazed terracotta reliefs made popular by the Della Robbia workshop in Florence, and they made a number of these altarpieces for eminent Florentine patrons in the late 15th and early 16th centuries. The Walters' Nativity altarpiece (27.212), attributed to Andrea Della Robbia (1435-1525), shares obvious characteristics with this piece-its arched frame, decorative garlands of fruit and flowers, and prominent display of family heraldry.

The large scale and choice of subject in this example created further challenges. It is hard to fire such a large piece. The seams from firing the different sections separately are evident, as are faults in the glaze in some areas. The challenge of depicting a drama set in a landscape has been unevenly met. The exhaustion of the apostles and the despair of Christ are brilliantly brought out by the naturalism that can be achieved in modeled clay. However, there is a reason that naturalistic landscape settings with receding spaces and clouds are almost never attempted in glazed terracotta relief: this is a medium for bold effects, but it is difficult to control for nuanced details.