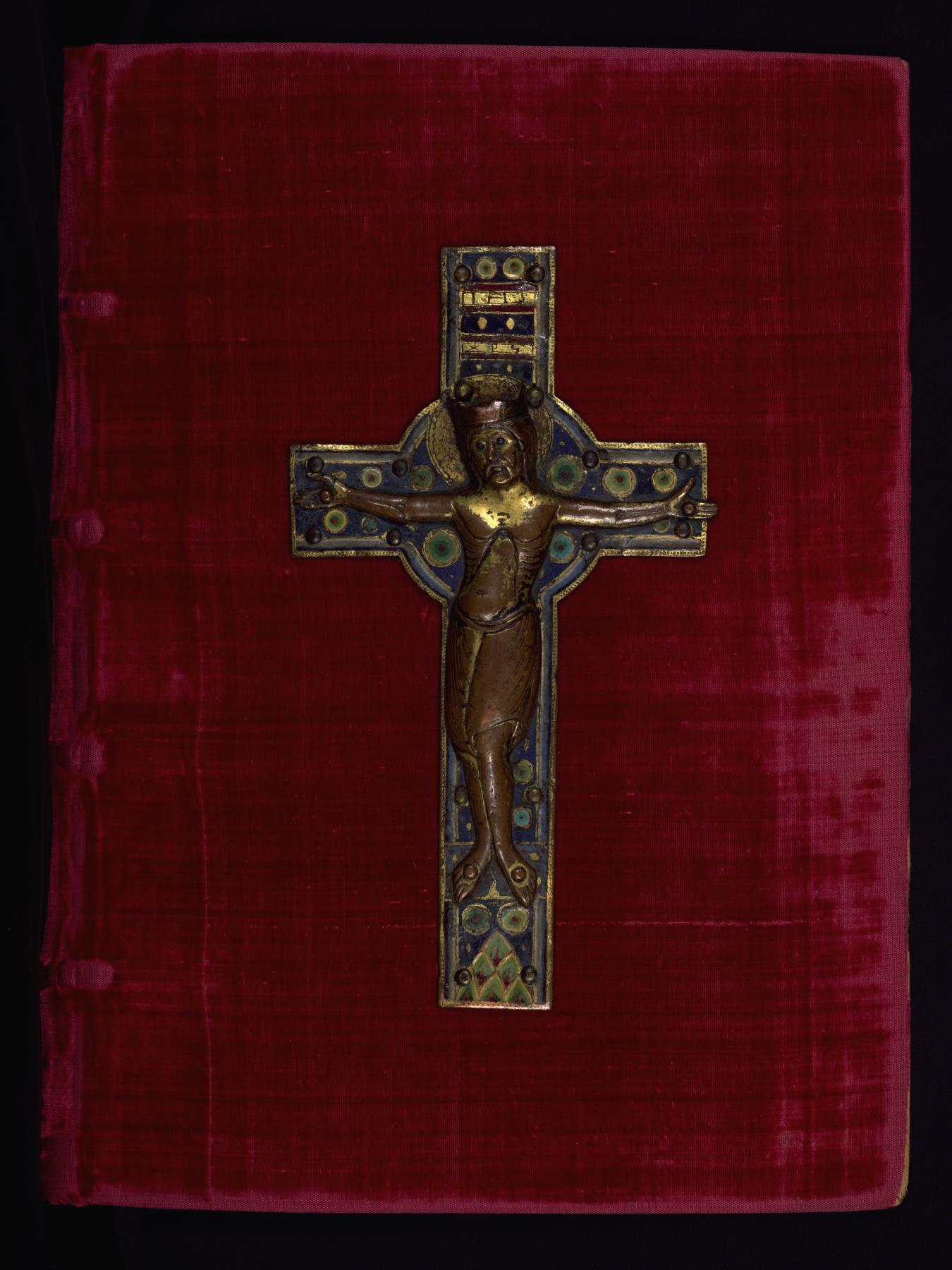 This manuscript, written at the Cistercian abbey of Himmerode in Germany in the early thirteenth century, is one of twenty-two surviving Latin copies of the Speculum virginum, or Mirror for virgins. Attributed to Conrad of Hirsau, the text was written in the first half of the twelfth century as a guide for nuns, offering them theological lessons in the form of a hypothetical conversation between a teacher, Peregrinus, and his student, Theodora. The twelve illustrations in the manuscript portray the protagonists as well as the mystical visions and diagrams they discuss in the text. The large, expressive pen drawings bring the text to life and are an excellent example of German art of this period. 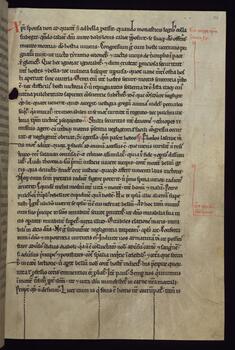 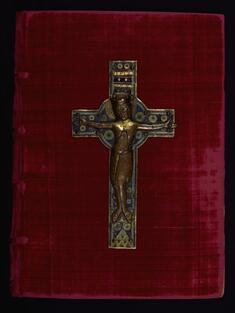 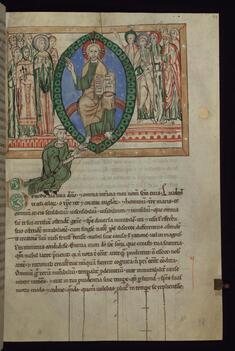 Leaf from Speculum Virginum: Christ in Majesty Flanked by Mary, John the Evangelist, and Saints with a Kneeling Monk 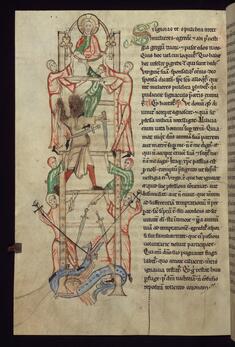 The Ladder of St. Perpetua 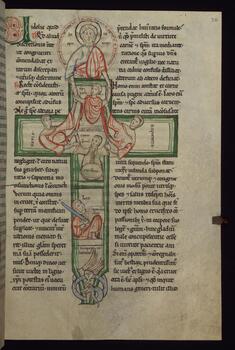 The Flesh and the Spirit 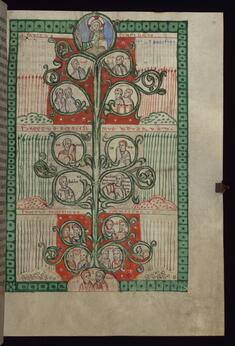 The Thirty, Sixty, and Hundredfold Fruits 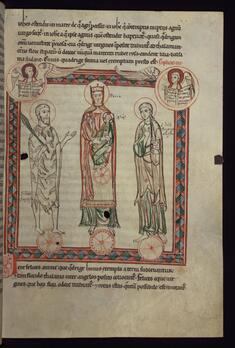 The Quadriga: Virgin and Child with John the Baptist and John the Evangelist 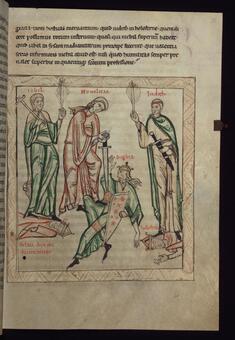 Victory of Humility over Pride 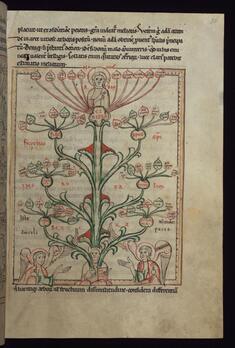 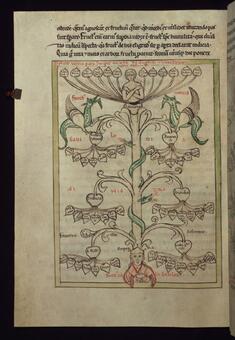 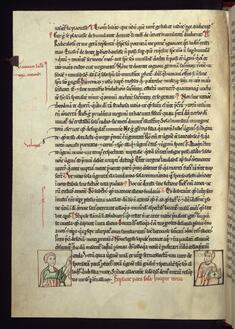 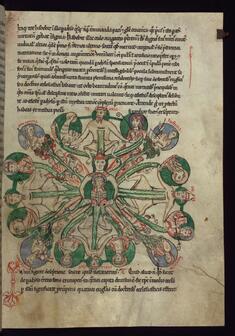 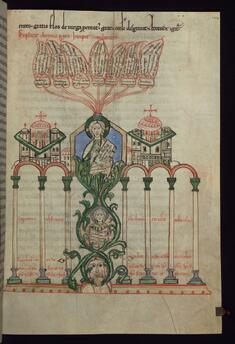 Seven Forms of the Spirit 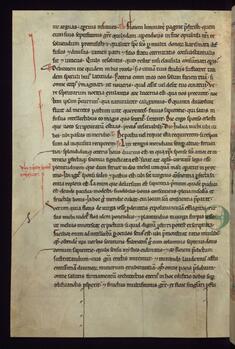