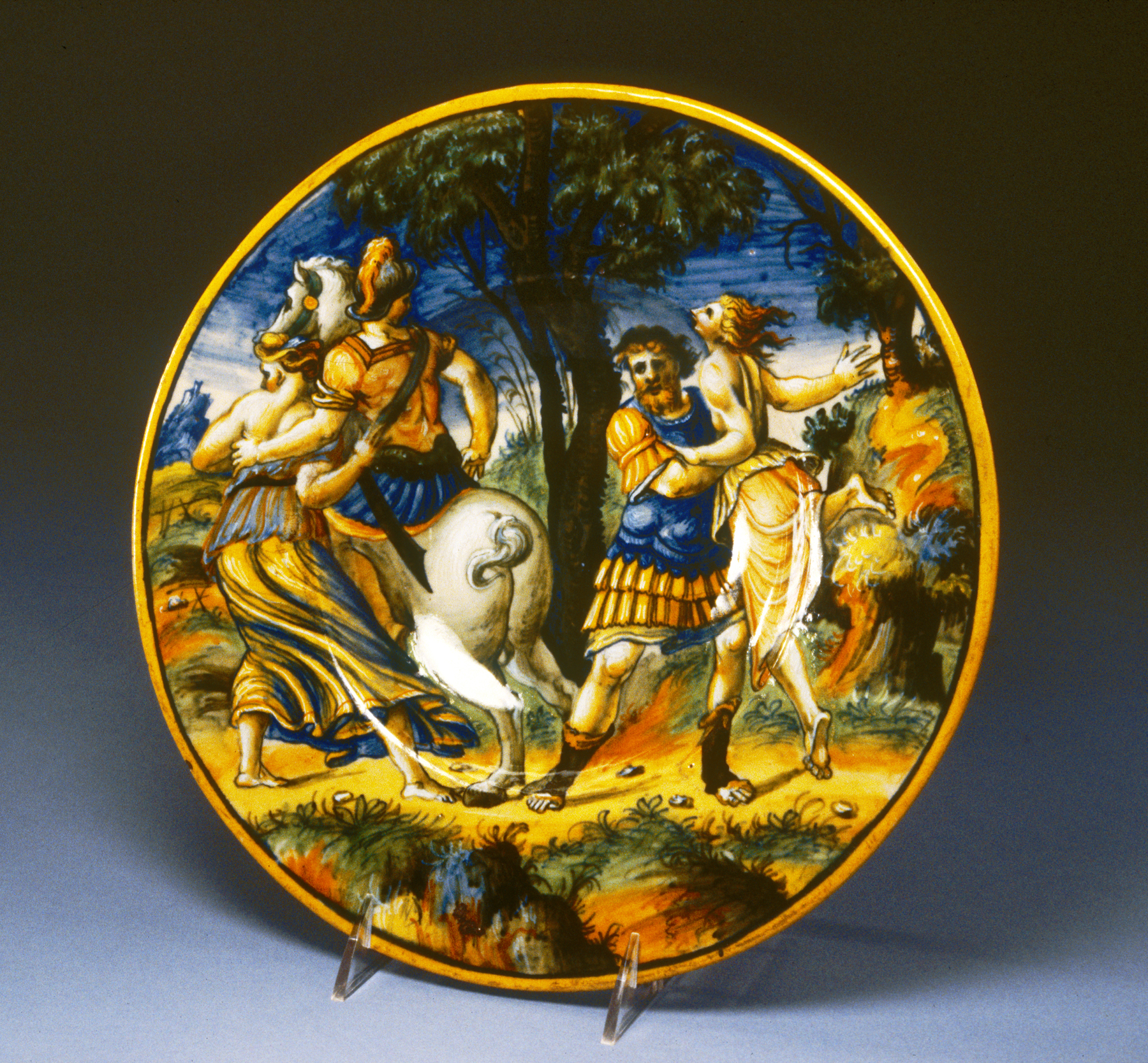 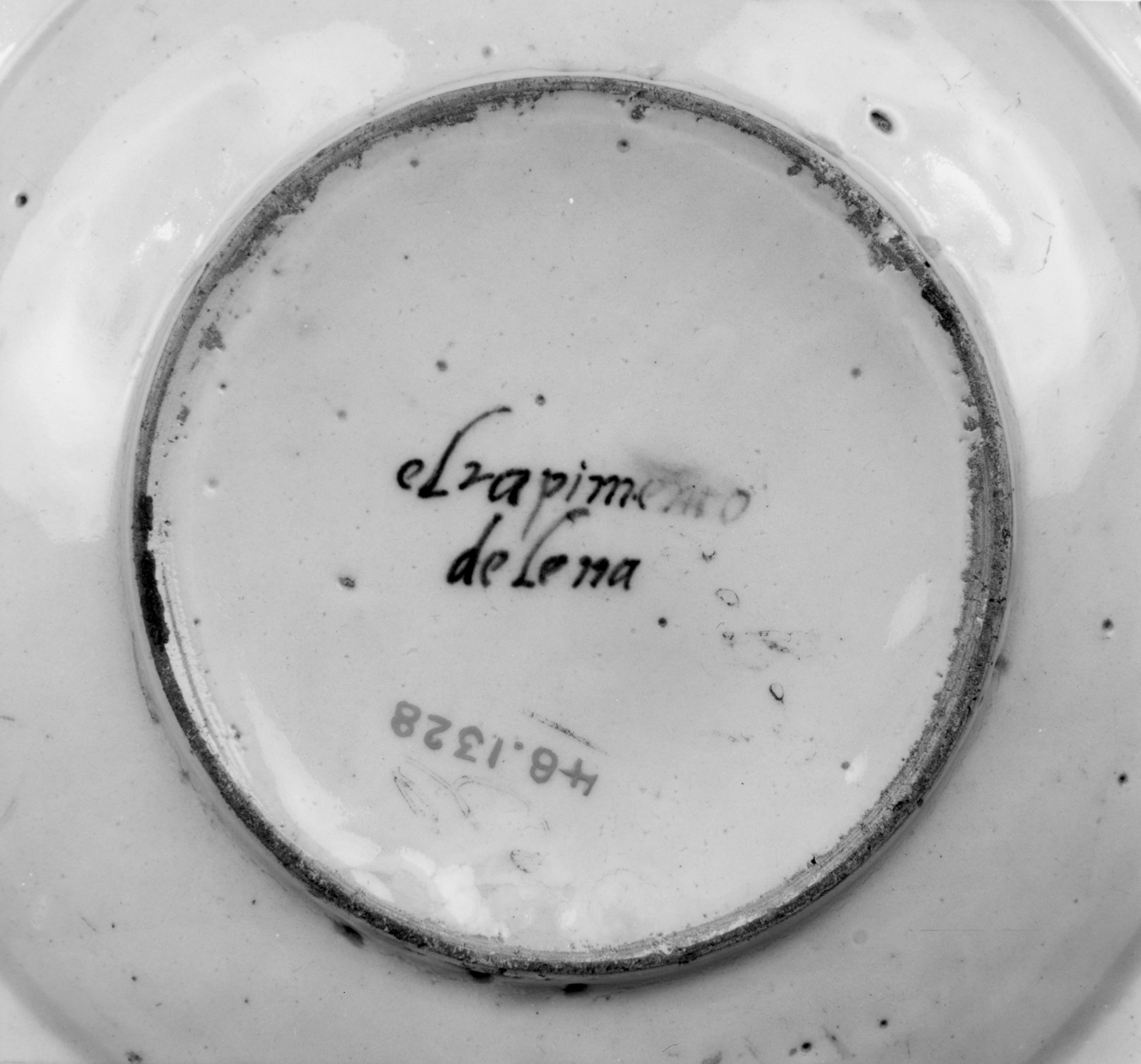 This dish shows Helen (later known as Helen of Troy) being rescued by her two brothers, Castor and Pollux. As a young girl, Helen was kidnapped from Sparta by Theseus, prince of Athens, and taken to his home as a potential bride where she was cared for by Theseus' mother Aethra. On the left, Castor—renowned for his skill with horses—lifts Helen up onto his rearing steed. On the right, Pollux-known for his boxing skills--incapacitates Aethra, by lifting her off the ground. An inscription painted on the back of the plate identifies the scene as “il rapimento/delena,” or the “rape of Helen,” however, this is not the subject depicted on the dish’s front, but rather her rescue. Indeed, maiolica painters did not always identify “istoriato” imagery with the correct title. This dish was likely produced in Urbino, a city known during the sixteenth century for its many thriving ceramic workshops. For a dish depicting the abduction (or, “rape” in older terminology) of Helen by Prince Paris of Troy, see 48.1375. For more on “maiolica” in general, see 48.1336.

[Inscription] On the back, between the footring, in blue-green: el rapimento / delena