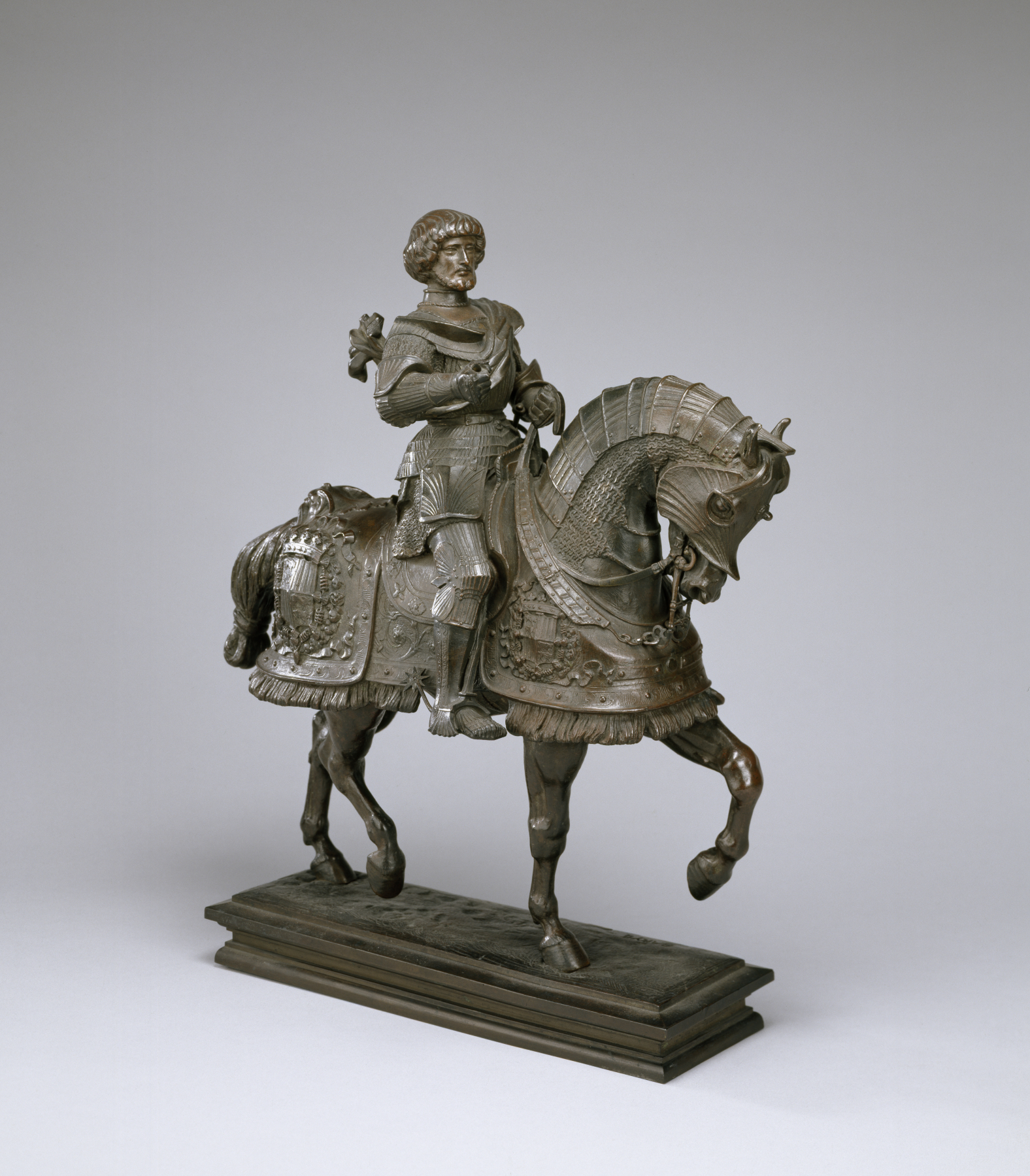 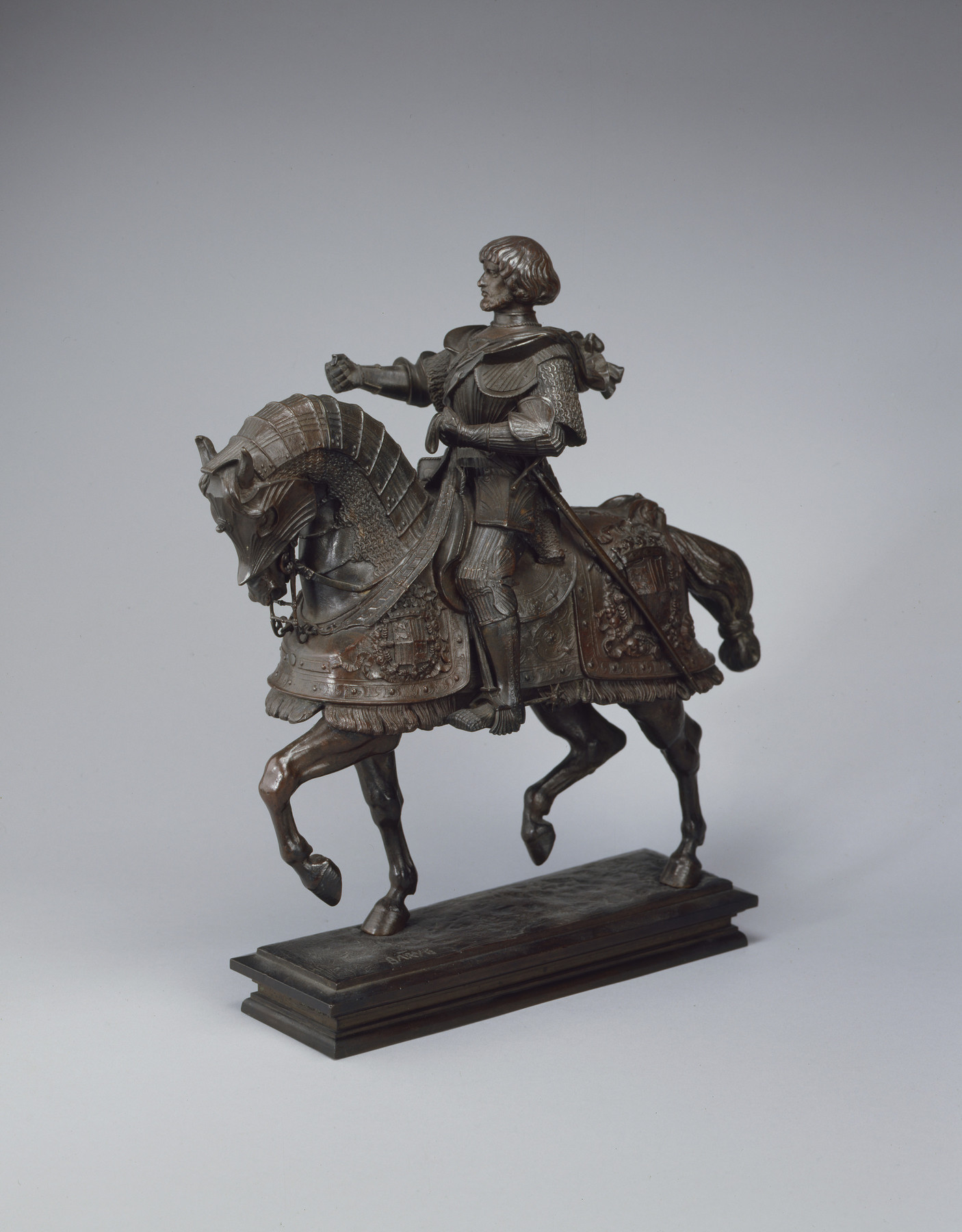 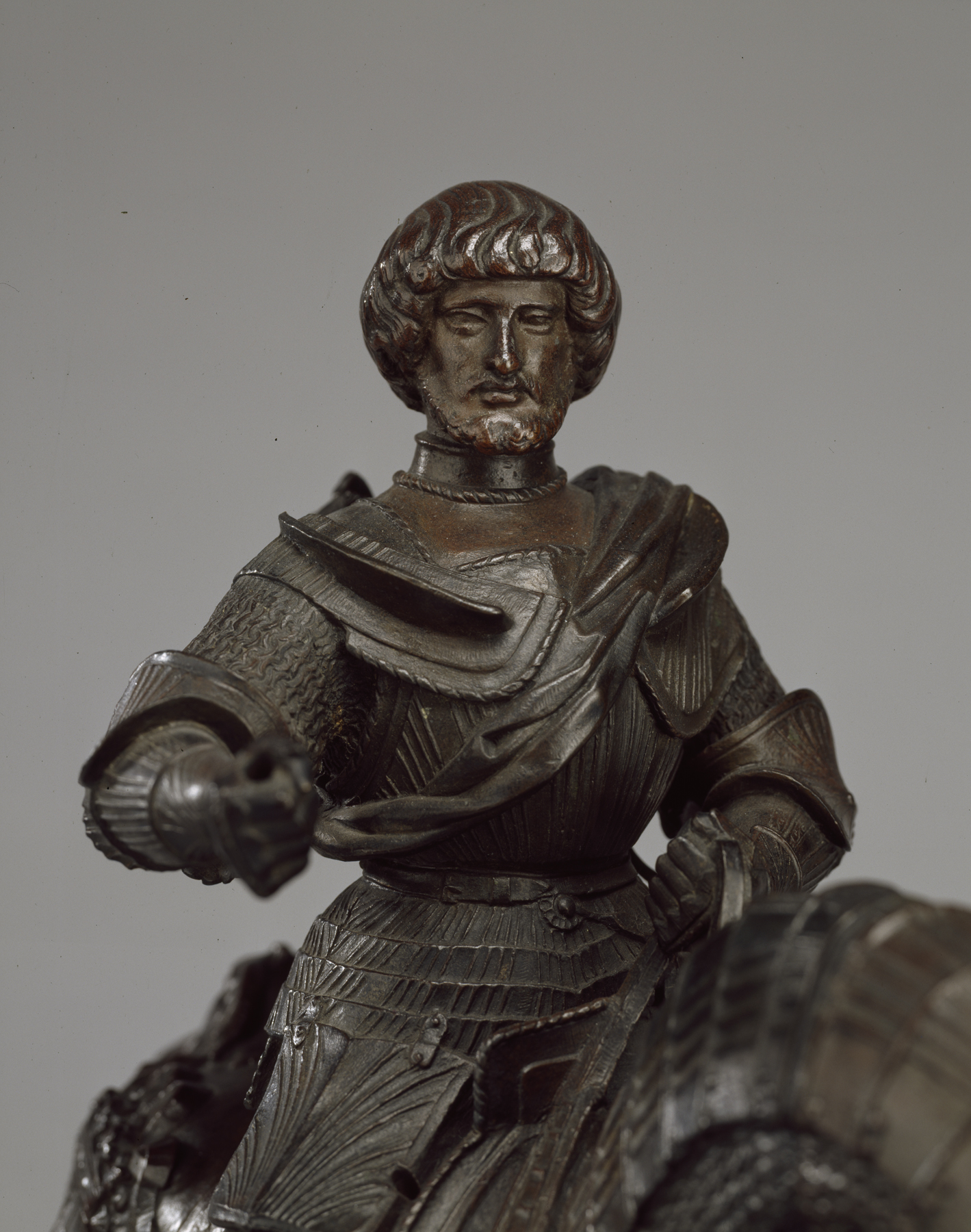 The court of Louis-Philippe looked to the Valois dynasty of French monarchs (1328-1589) for historical forebears, despite their tenuous connections. Barye produced three equestrian sculptures representing Valois kings while he worked in the French "troubadour" style of the late 18th and early 19th centuries. A precursor to Romanticism, troubadour painting and sculpture drew their subjects from French medieval and early Renaissance history. The third work in the series, "Gaston de Foix on Horseback," portrays the son of Jean de Foix and Marie d'Orléans, who was therefore through his mother the nephew of Louis XII.

Gaston de Foix (1489-1512) was the son of Jean de Foix, viscount of Narbonne, and Marie d'Orléans, sister of Louis XII. In 1505 his father granted him the title of duc de Nemours. While commanding the French army against the Venetian and Spanish forces of Pope Julius II during the Wars of Italy, Gaston relieved the siege of Ravenna in 1512. Attacking the retreating Spanish infantry, he was tragically slain, dying of fifteen lance blows to his face, thereby giving credence to the legend that he never turned his back on his enemy. Members of both the Bourbon and Orléans court saw in this heroic warrior a forebear to their own dynasties.

Jacques-Augustin Dieudonné (1795-1873), a fellow student of Barye in the studios of both Bosio and Gros, exhibited a marble statue of Gaston de Foix at the Salon of 1835. Among the most popular images of Gaston de Foix was his death scene painted by Ary Scheffer (ca. 1824).

As in his statuette of "Charles VII, the Victorious" (Walters 27.164), Barye followed a tradition of equestrian monuments that can be traced to antiquity. The king wears Maximilian-type, fluted field armor of the sixteenth century, and in his right hand he holds a baton (broken in the Walters example). The horse's armor is adorned with four large emblems composed of the badge of the counts of Foix (reversed), a crown (denoting a prince or duke), and the collar of the Order of Saint Michael.

The sword is missing from this figure.

[Signature] Cast through from model: BARYE; [Number] Painted inside in white: W 94