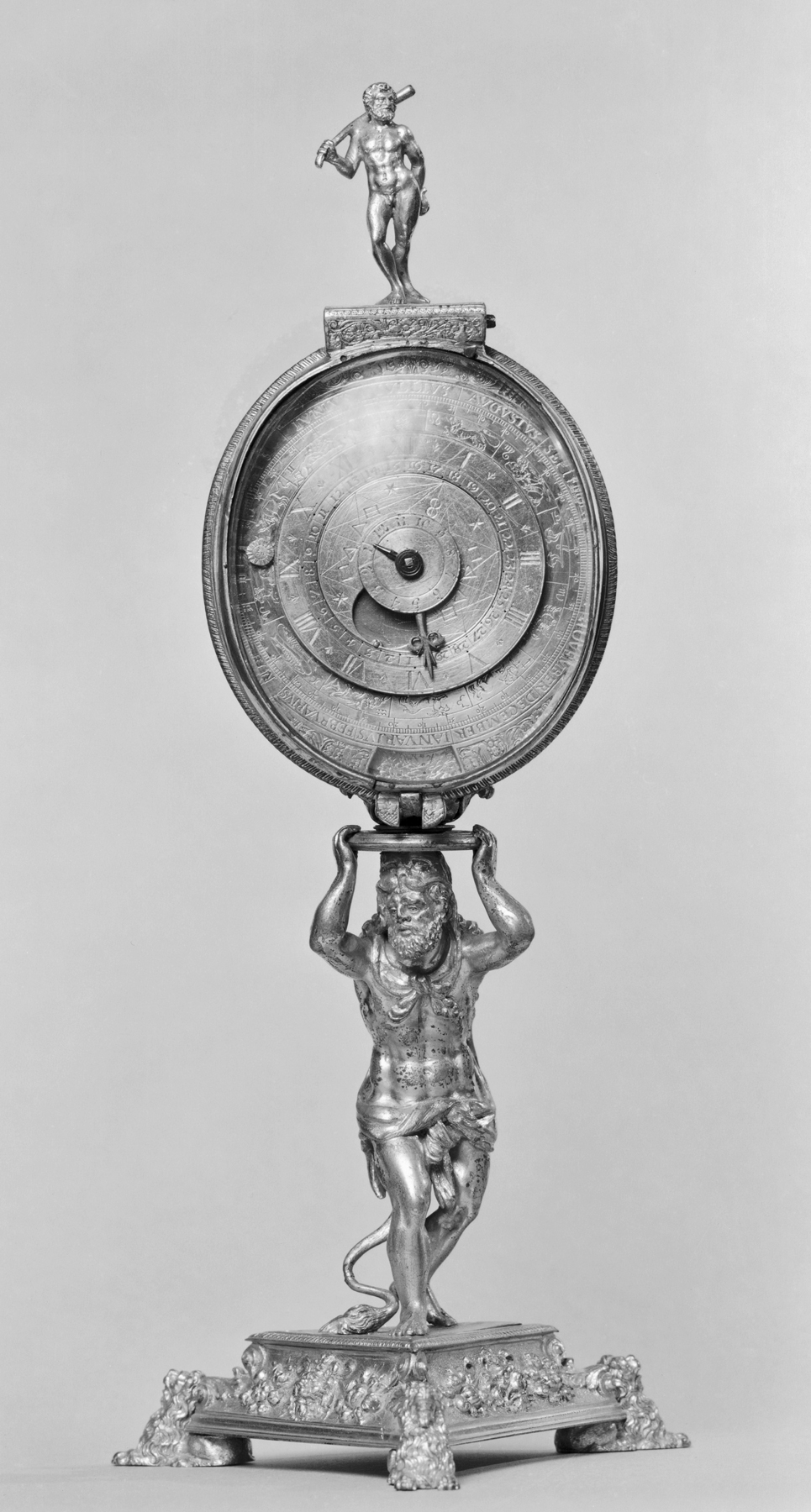 This important, elaborate table clock is by one of France's greatest timepiece makers. Its internal complexity is reflected on the delicately engraved silver dial with its indication of the current time, an alarm setting, and a calendar with the phases of the moon.

The decoration includes both fine piercing and engraved figural designs including an elderly Father Time with his hourglass and staff accompanied by the personifications of the four Seasons. Hercules wearing a lion's skin supports the clock on his head and arms, referring to the myth in which Hercules takes Atlas' place in holding up the universe. Atop the clock is a second small figurine of Hercules with a club. The clock itself stands for the revolving heavens; in the 1500s and 1600s, clocks with their many turning, regulated wheelworks were seen as mechanical models representing the circular motions of the universe.