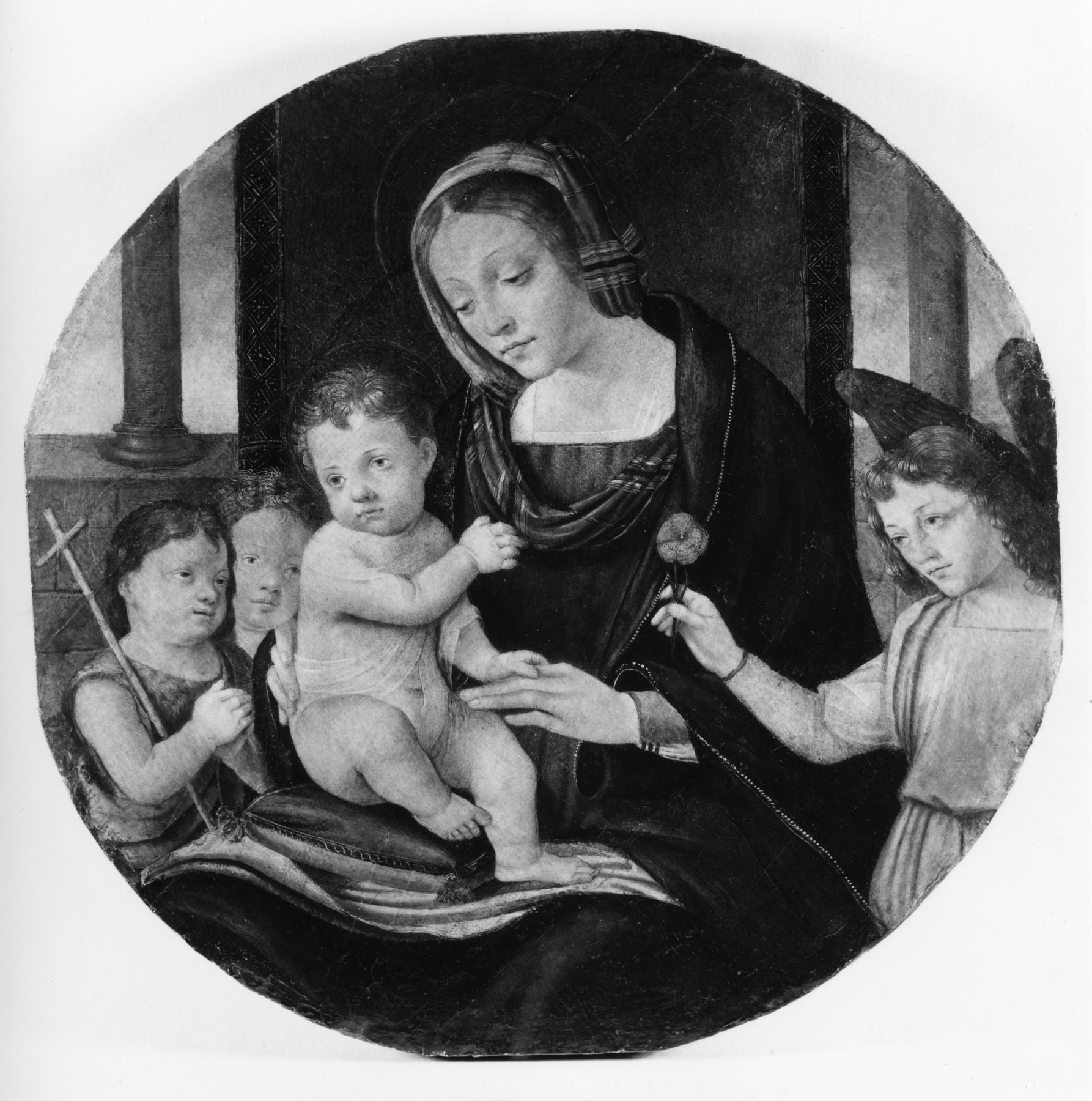 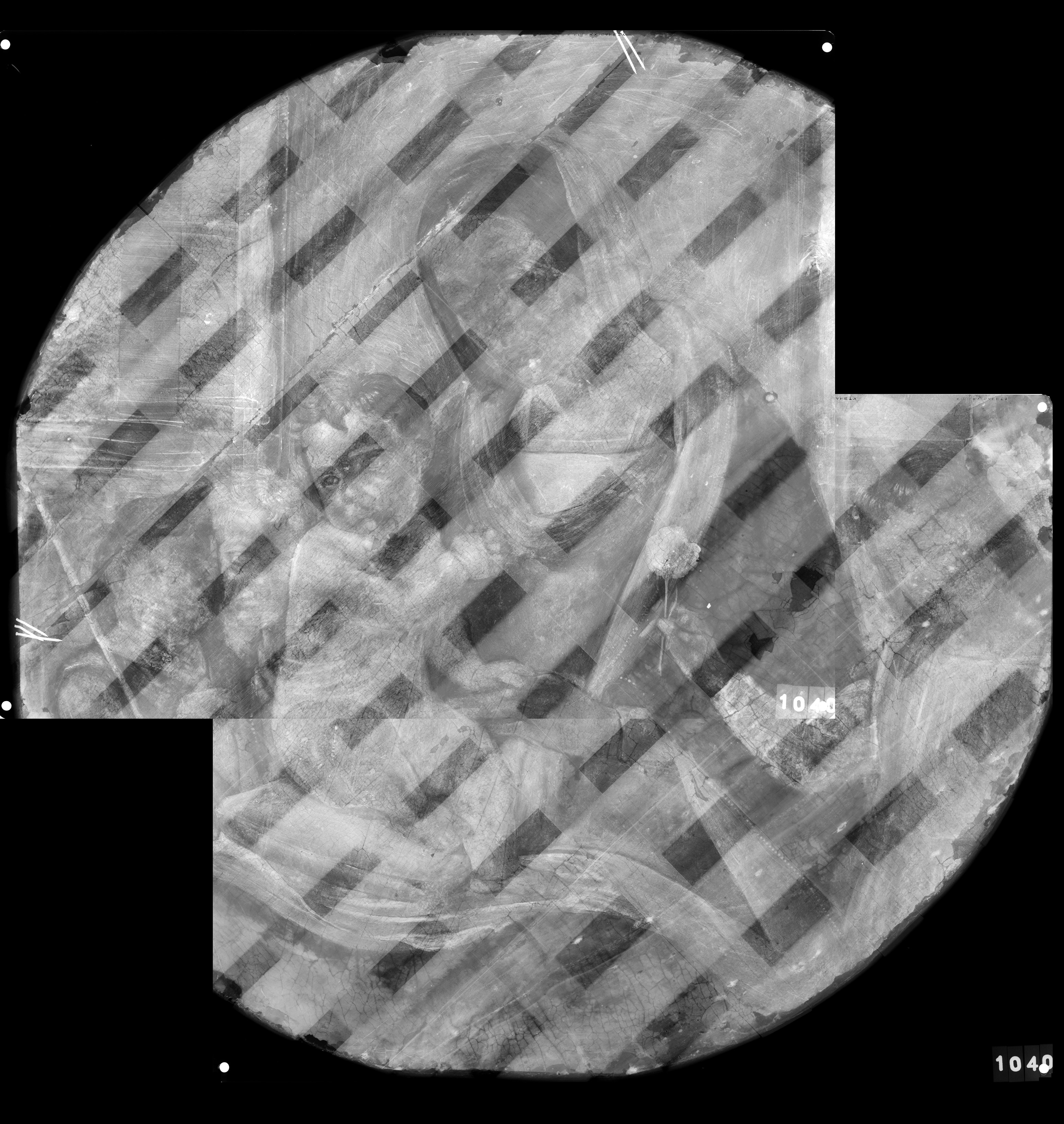 Madonna and Child with the Young St. John and Two Angels

“Tondi” (circular paintings) were a popular form of domestic decoration in Renaissance Florence, especially in bedrooms where they were hung high on a wall. In this example, the Madonna holds the Infant Christ on a pillow on her knee. The child affectionately holds onto his mother’s finger and solemnly gazes out of the picture, almost as if uninterested in the carnation—a symbol of the purity of love—offered to him by the angel at the right. The young John the Baptist, Christ’s cousin and patron saint of Florence, stands in prayer at the left along with another figure, probably another angel, looks on from behind.

In his 1976 catalogue of the Walters’ Italian paintings, Federico Zeri attributed the tondo to Raffaello Botticini, son and pupil of the more famous Francesco Botticini (1446-98). However it shows little similarity with Raffaello’s documented works as they are now known, such as the “Lamentation of the Dead Christ” (1508), destroyed in World War II and formerly at the Collegiate Museum in Empoli, near Florence, or the “Nativity with Saints Barbara and Martin” (1512) now at the Hermitage Museum, Saint Petersburg. The painting can perhaps be better ascribed to an unknown artist working around the same time in the early 1500s.