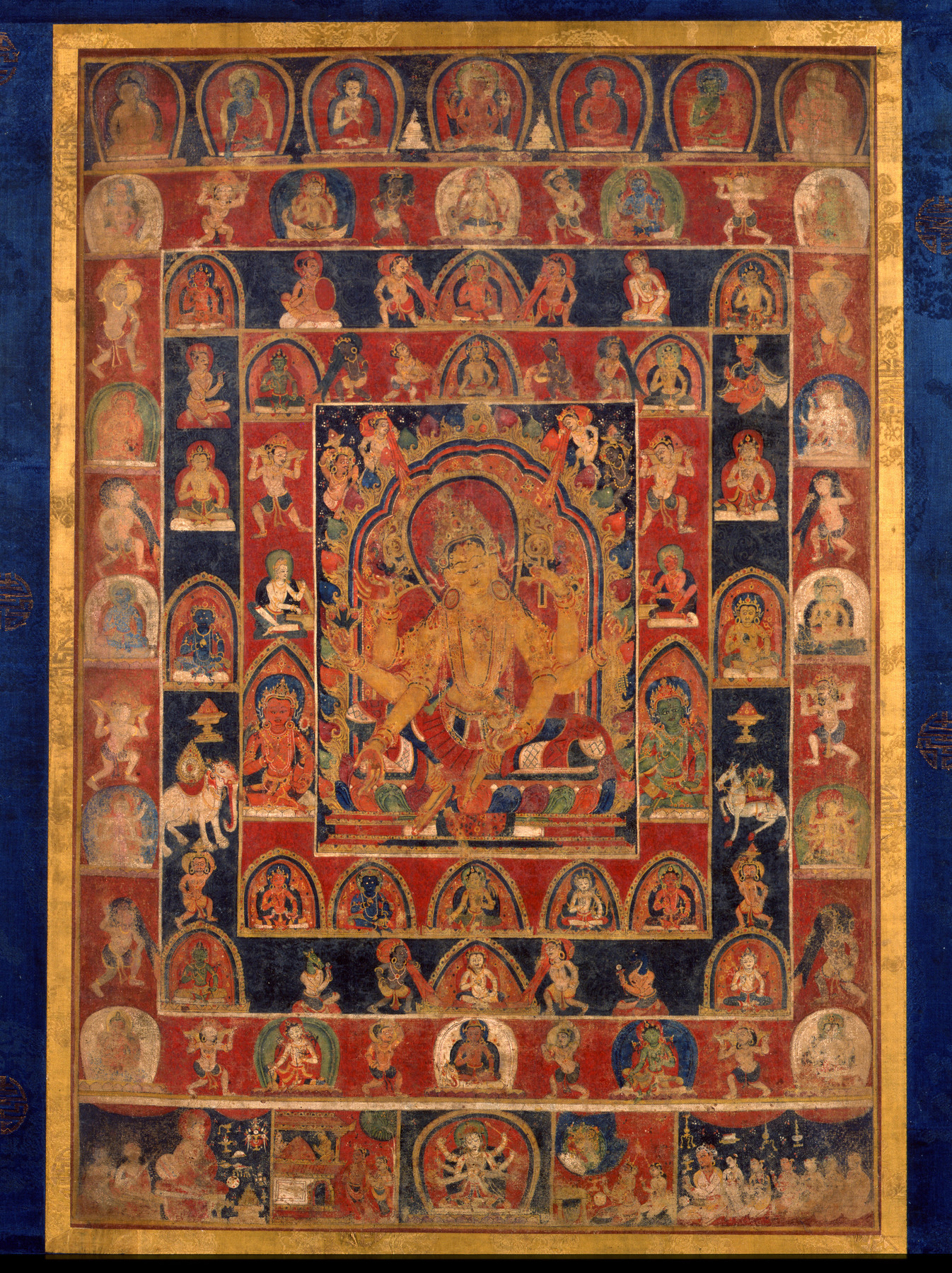 The Buddhist goddess Vasudhara bestows wealth and prosperity, and in Nepal she is worshiped as goddess of the harvest. During her festival each autumn, devotees commission mandalas like this one, with Vasudhara at the center surrounded by other deities, Buddhas, and bodhisattvas with whom she is associated. Golden in color, the six-armed Vasudhara holds clusters of grain and gems—two sources of wealth—in her two middle hands; she also holds a vase of abundance and a book, and makes the gestures of generosity (with her lower right hand) and praising the Buddha (with her upper right hand). Divinities known as "yakshas" perched above her throne carry platters with gems and pour streams of riches from large bags, motifs seen throughout the mandala.