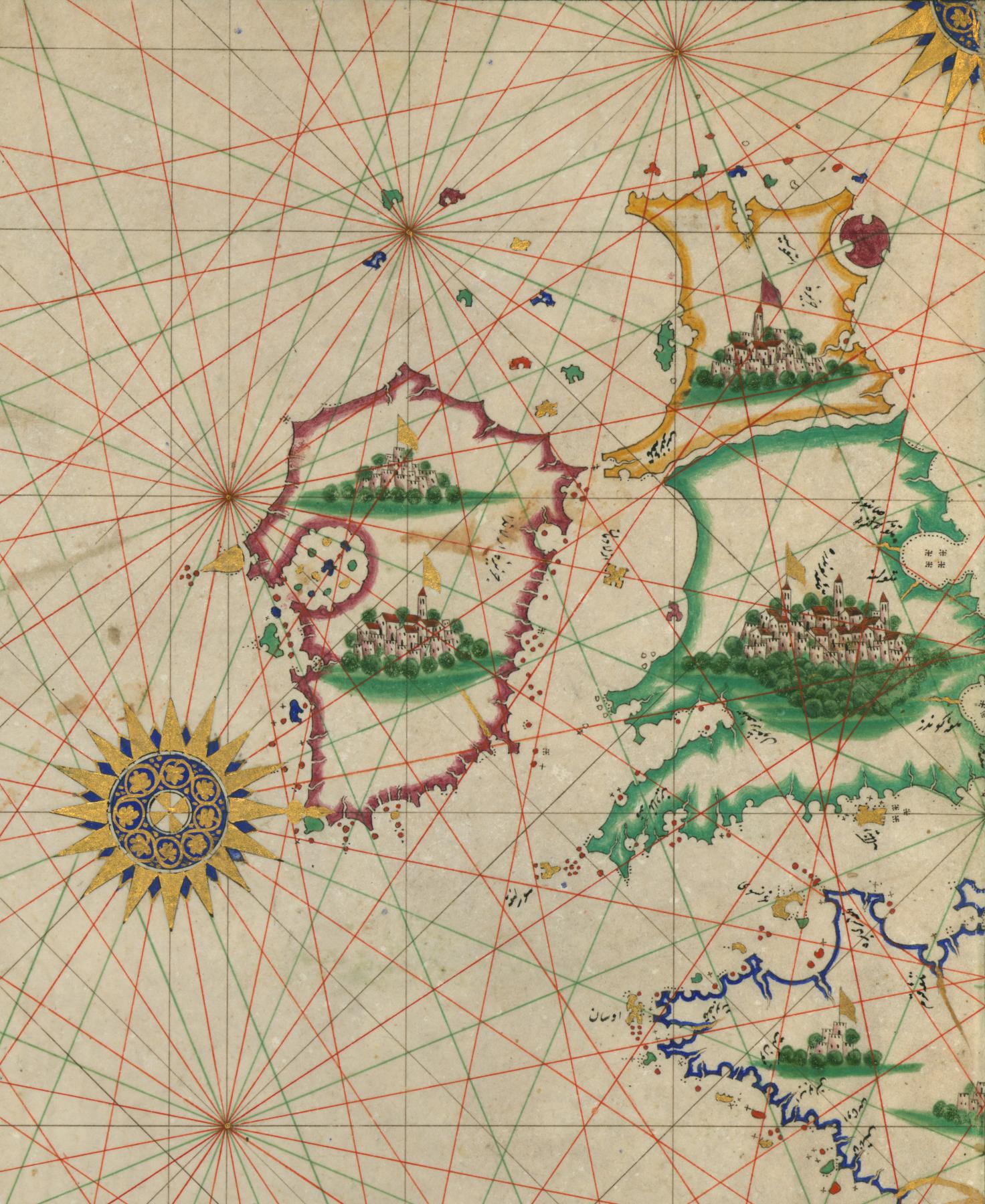 Walters manuscript W.660 is an illuminated and illustrated maritime atlas, referred to as the Walters Deniz atlasi. It is an early Ottoman atlas, perhaps dating to the 10th century AH/AD 16th. The work contains 8 double-page charts executed on parchment. Four of the maps show the Mediterranean, Aegean, and Black seas. There is also a world map and a chart of the Indian Ocean. The various geographical names are written in black Nasta'liq script. A distinguishing feature of this atlas is the detailed approach to representing such features as city vignettes. Southern Greece and the Aegean Sea 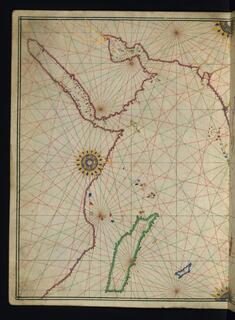 East Africa and the Arabian Peninsula 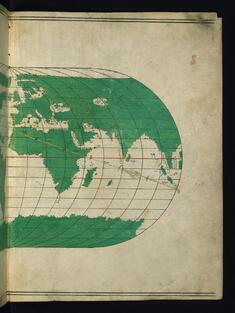 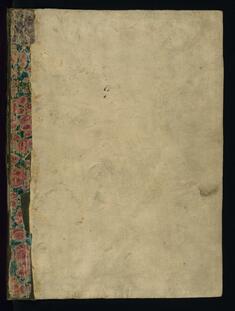 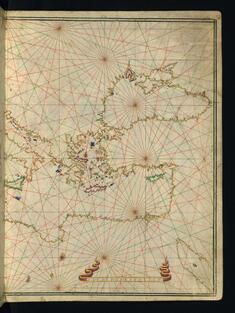 Eastern Mediterranean and the Caspian Sea 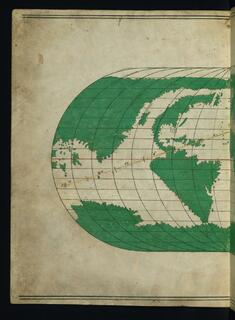 Left Half of a World Map Showing the Americas 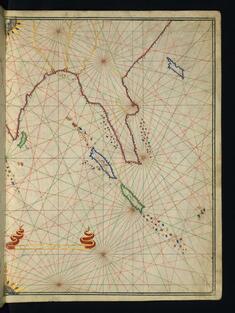 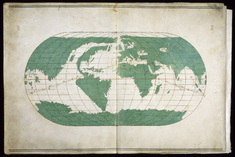