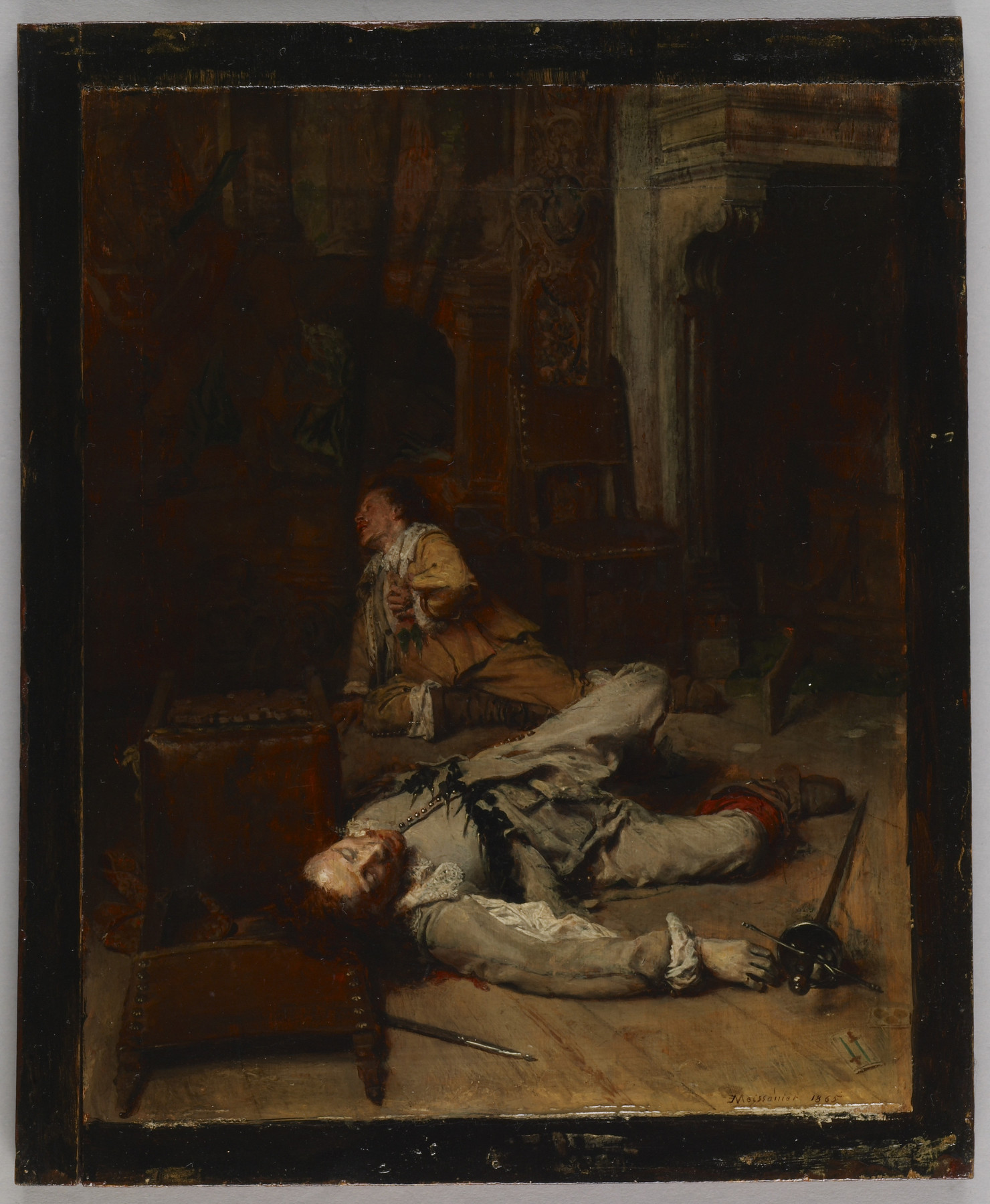 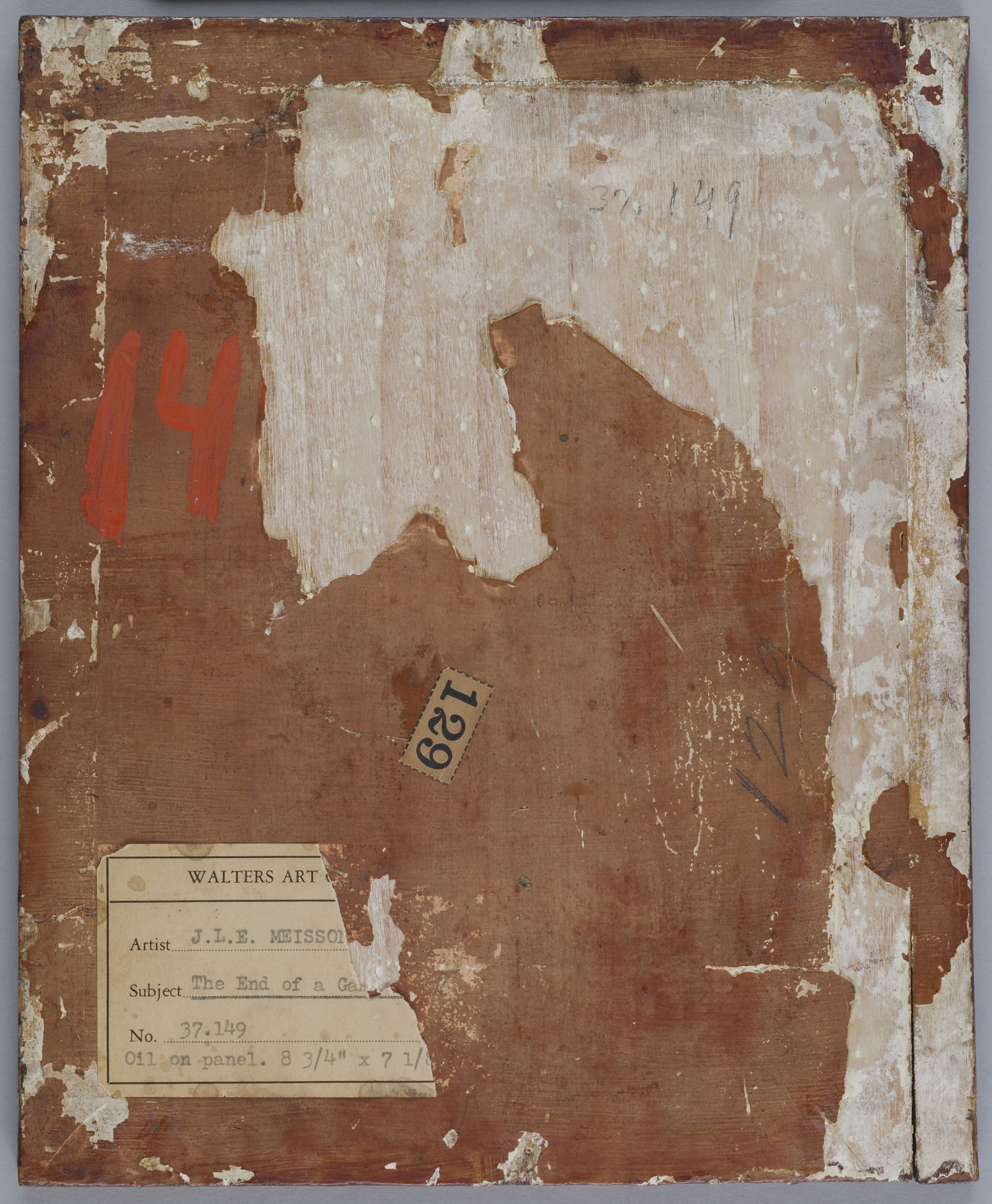 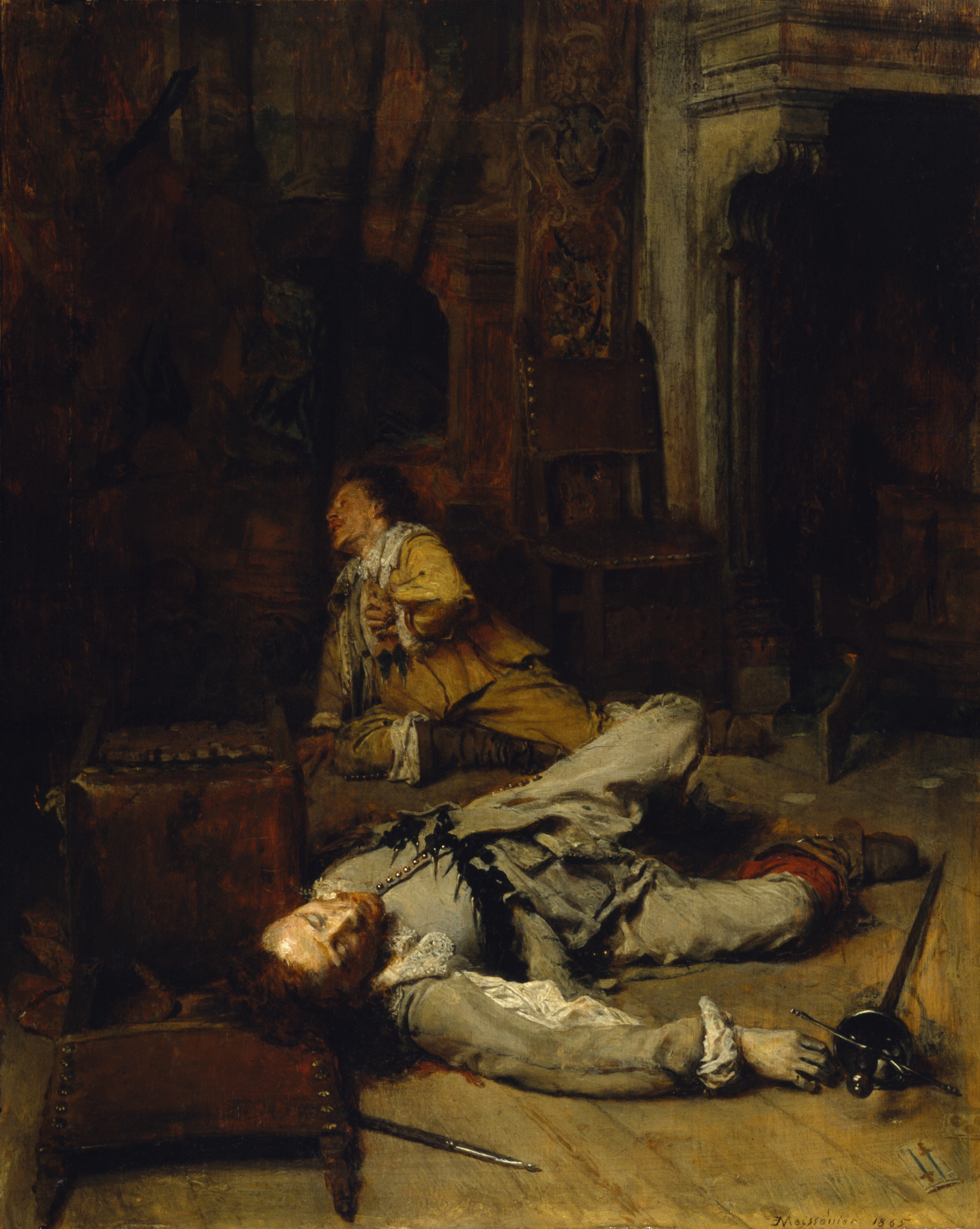 The End of the Game of Cards

Two gentlemen in Louis XIII attire have fought a fatal duel over a game of tarot. One lies dead with his head resting on an overturned chair and the other, clasping his chest, expires in the background. Strewn across the floor are the cards with the two swords and three coins visible in the right foreground. The setting is actually Meissonier's richly furnished studio at Poissy. This picture illustrates Meissonier's mastery of foreshortening and his ability to express dramatic action in a miniature scale.