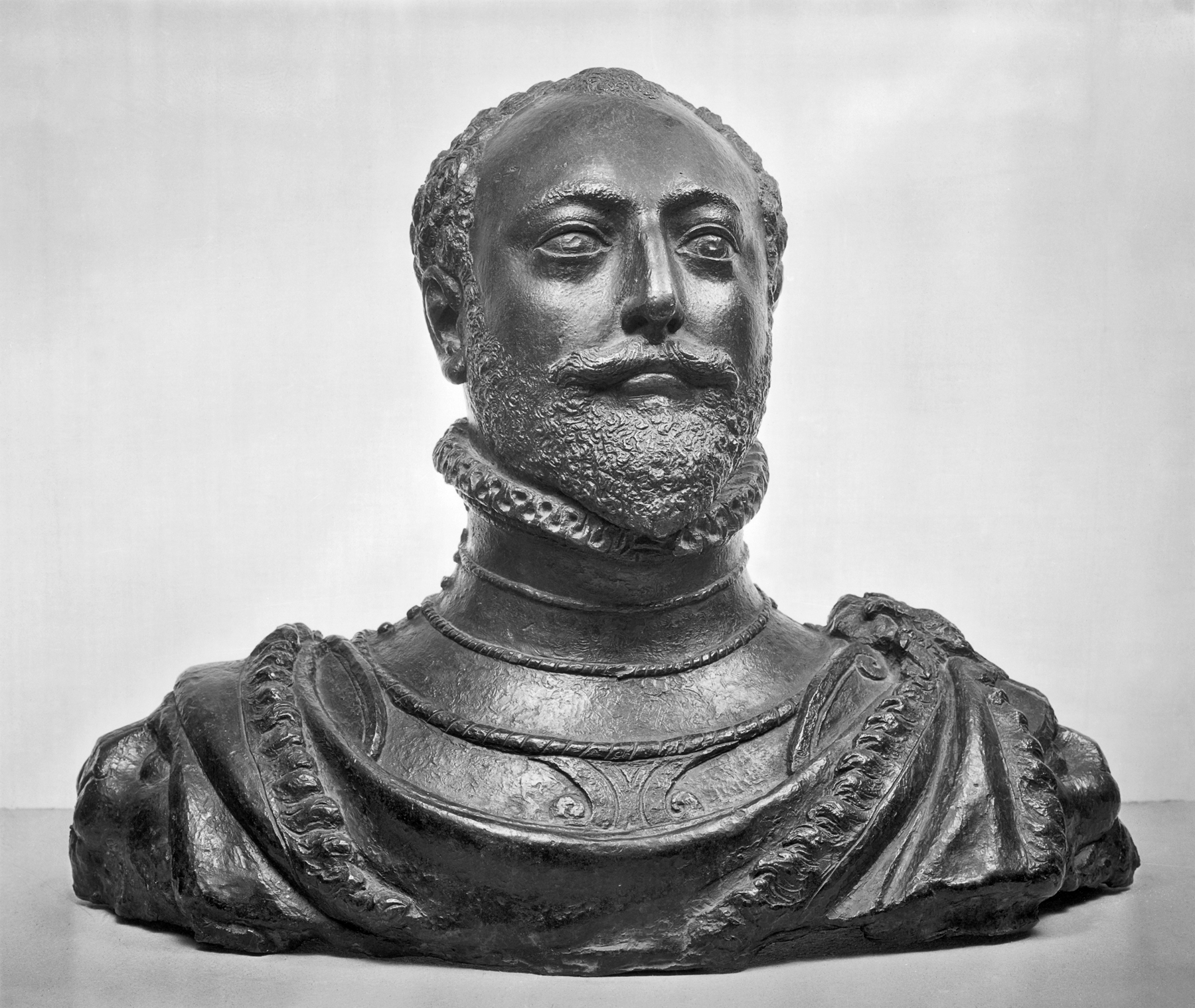 Portrait of a Nobleman in Armor

This unidentified nobleman with a pointed beard in the Spanish fashion wears armor embellished with a Habsburg double-headed eagle (indicating his allegiance to the dynasty that ruled much of Europe) and draped with a cloak, in the Roman style. The cloak is actually a lion skin, alluding to Greco-Roman myths of the demigod Herakles/Hercules, who wore the skin of a conquered lion and achieved divinity through "Herculean" acts of extraordinary strength and virtue. Hercules was frequently invoked within Habsburg court circles to underscore the family’s status and power.

Characteristics of costume and hairstyle of this handsome but coarsely finished bust (the surface was never polished) suggest a general in the service of Spain, possibly in the Spanish Netherlands (now Belgium). In the years around the 1570s there were several such men in the Spanish government and armies there.