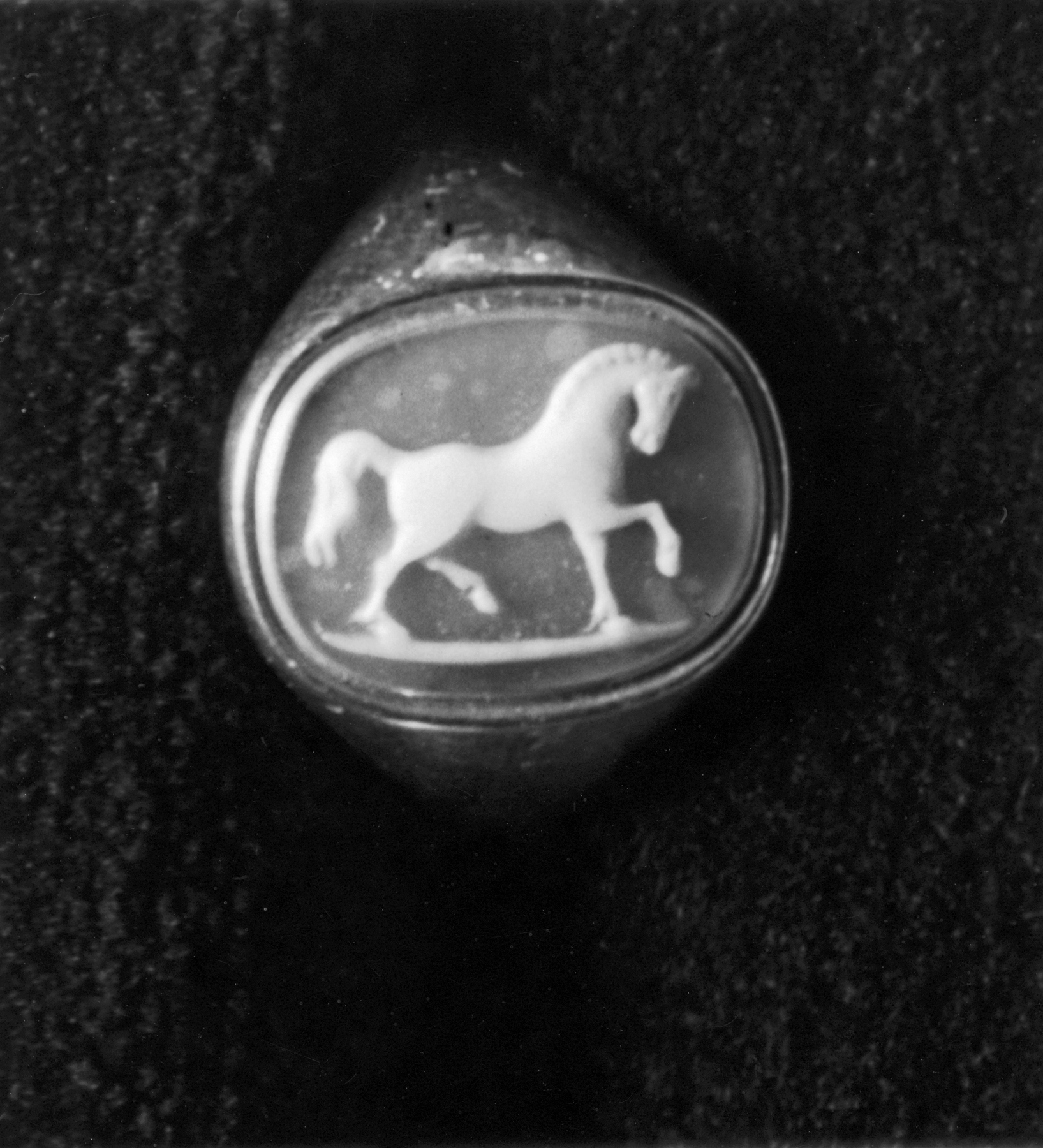 Cameo with a Horse Set in a Ring

This cameo shows a horse walking to the right.