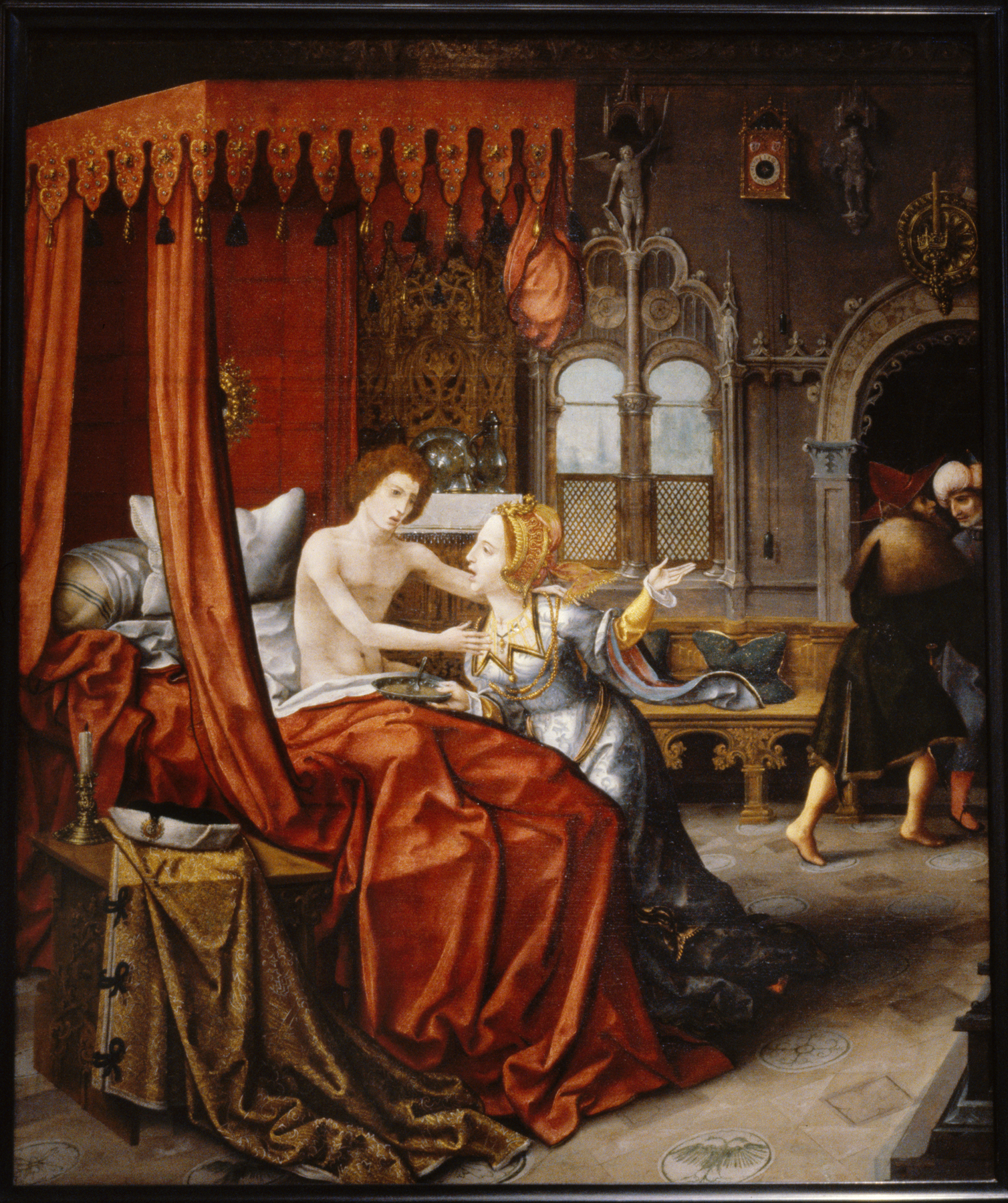 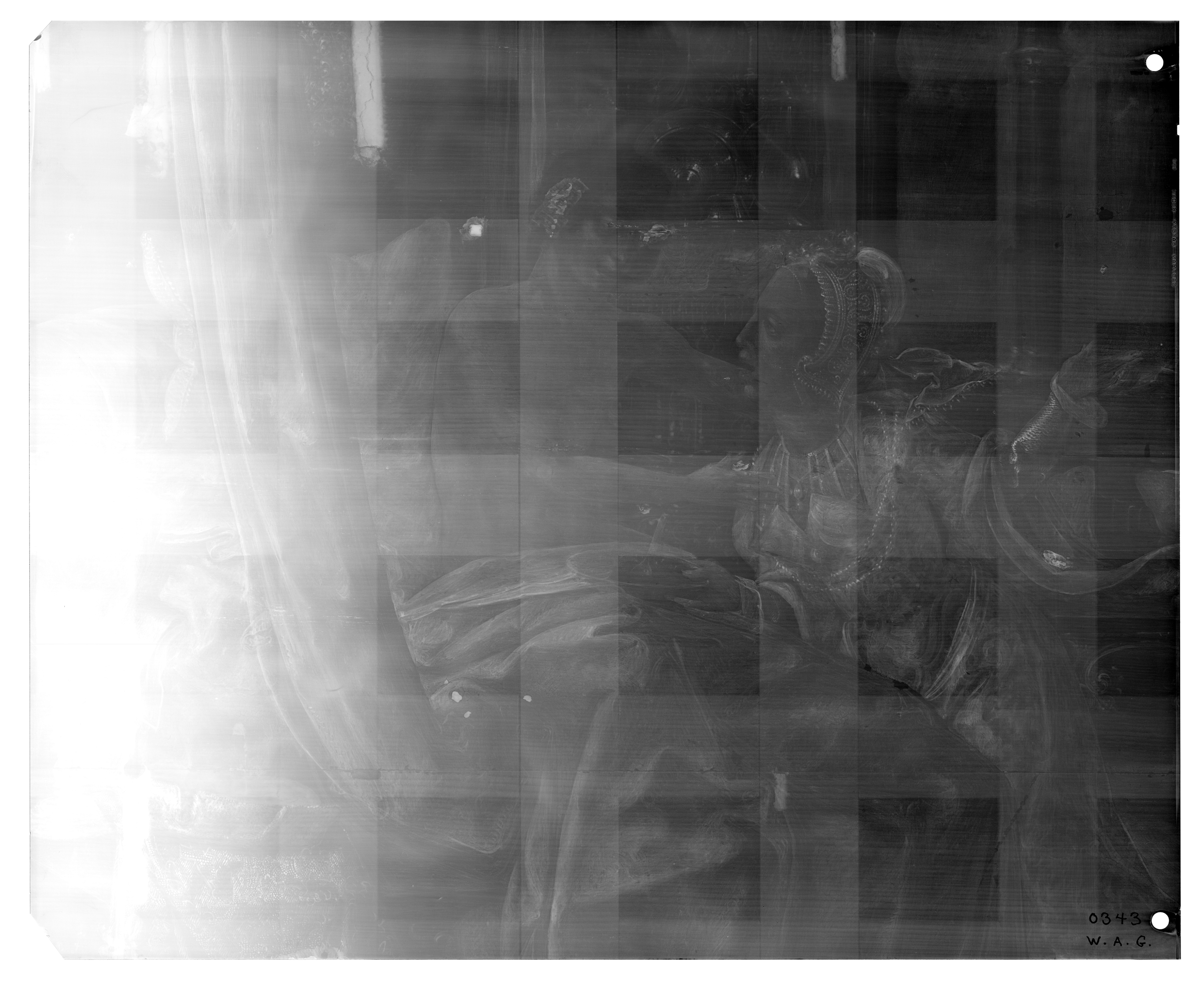 King David's son Amnon pretended to be sick, and, when his half-sister Tamar came to visit him, he treacherously raped her (2 Samuel). In the later 1500s once the athletic ideal of classical antiquity and contemporary Italian art had been absorbed in the Netherlands, painters would typically depict such threatening male figures with far more muscular builds.

Setting the scene in an early 16th-century bedroom with beautiful furnishings, including a wall clock (rare and expensive at this time) implied that the biblical stories remained current. The rich surface details, figures whose poses and gestures marked by graceful curves, and elaborate play of folds are typical of the prevailing style in Antwerp around 1515 to 1525 sometimes known as "Antwerp Mannerism," of which Jan van Dornicke, active in Antwerp around 1509 to 1525, is the leading practioner.