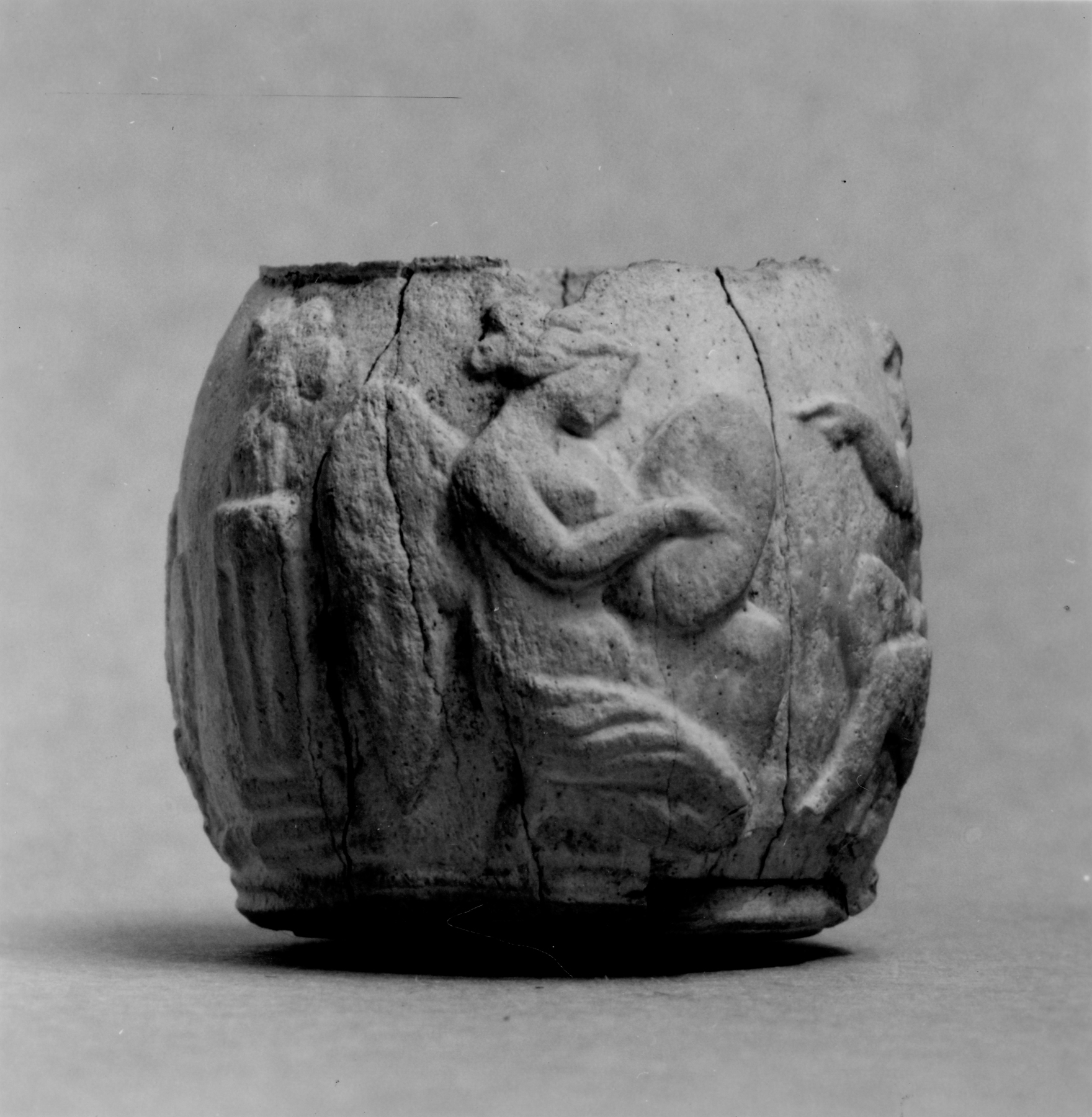 This thick-walled ovoid container, its lid missing, has a separate, disklike base. On it are carved in low relief, now quite worn: a nude woman seated on a rock with a lyre; a kneeling, half-draped woman, possibly Hebe, cupbearer of the gods, pouring from a jug into a bowl with an eagle in front of her, perhaps the eagle of Zeus; a tripod on a base with flames and smoke issuing from the bowl; a kneeling, half-draped winged Victory writing on a sheild; facing her and seated on a rock, back-to-back with the first figure to be described, a man, nude except for a plumed helmet, probably Ares.

The motif of Victory inscribing a shield goes back to the Aphrodite of Capua shown admiring herself in the polished shield of Ares- the original statue may have been part of a group with Ares. In early imperial times the motif was transformed into a Victory writing a list of victories on a shield. On this pyxis the figure of Victory is associated with a helmeted male figure, probably Ares, the god of war.