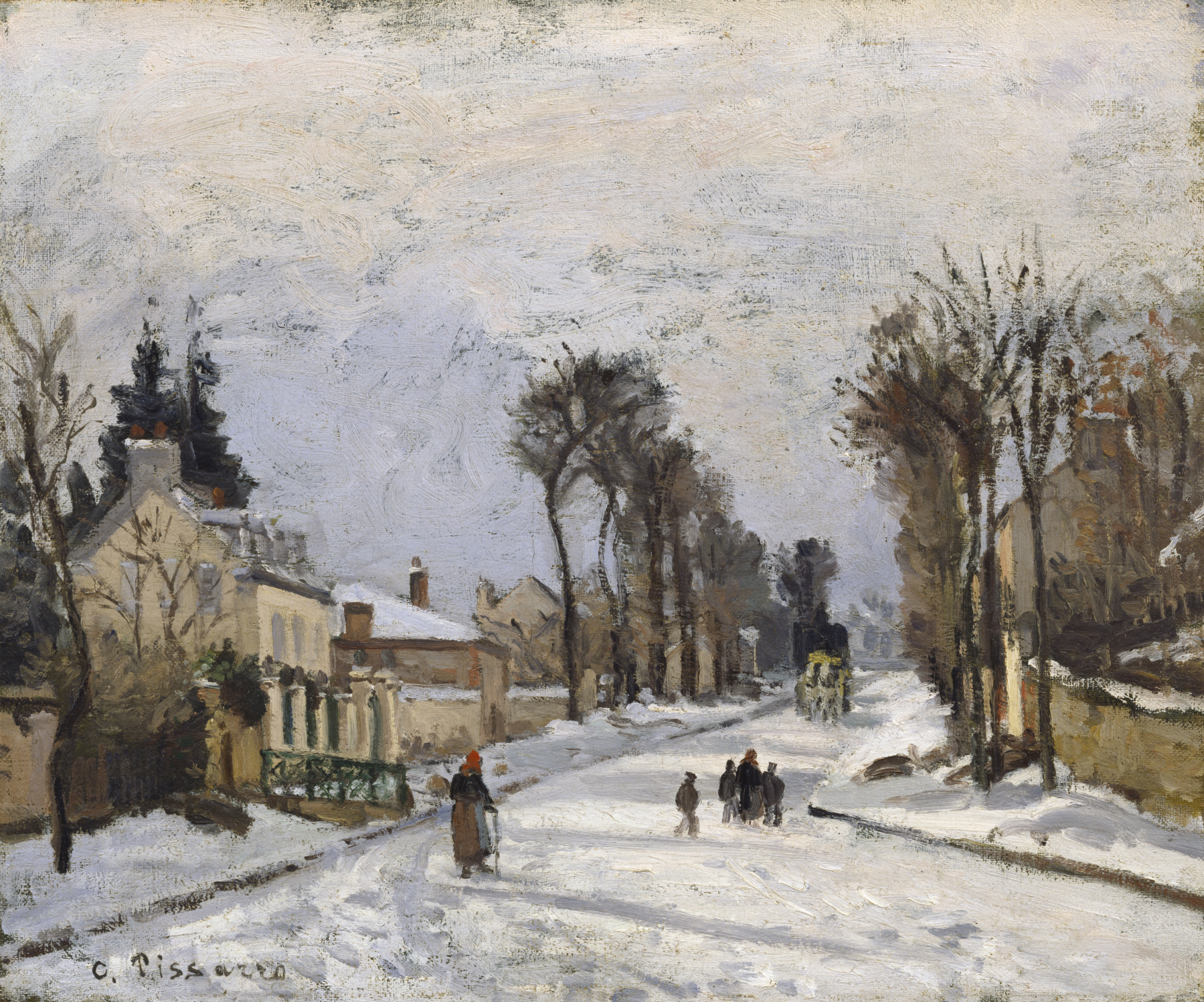 In 1869, Pissarro settled in Louveciennes, a suburban village northwest of Paris frequented by the Impressionists. Pissarro often painted his own house and studio, which were situated on the north side of the village on the road to Versailles, in varying seasons and climatic conditions.

When Paris was under siege during the Franco-Prussian War (1870-71), the Prussians garrisoned their troops in Pissarro's house, destroying most of his early paintings. This painting, one of his few surviving early works, reflects Pissarro's affinities with Claude Monet, a frequent houseguest, who was also attracted to this site.