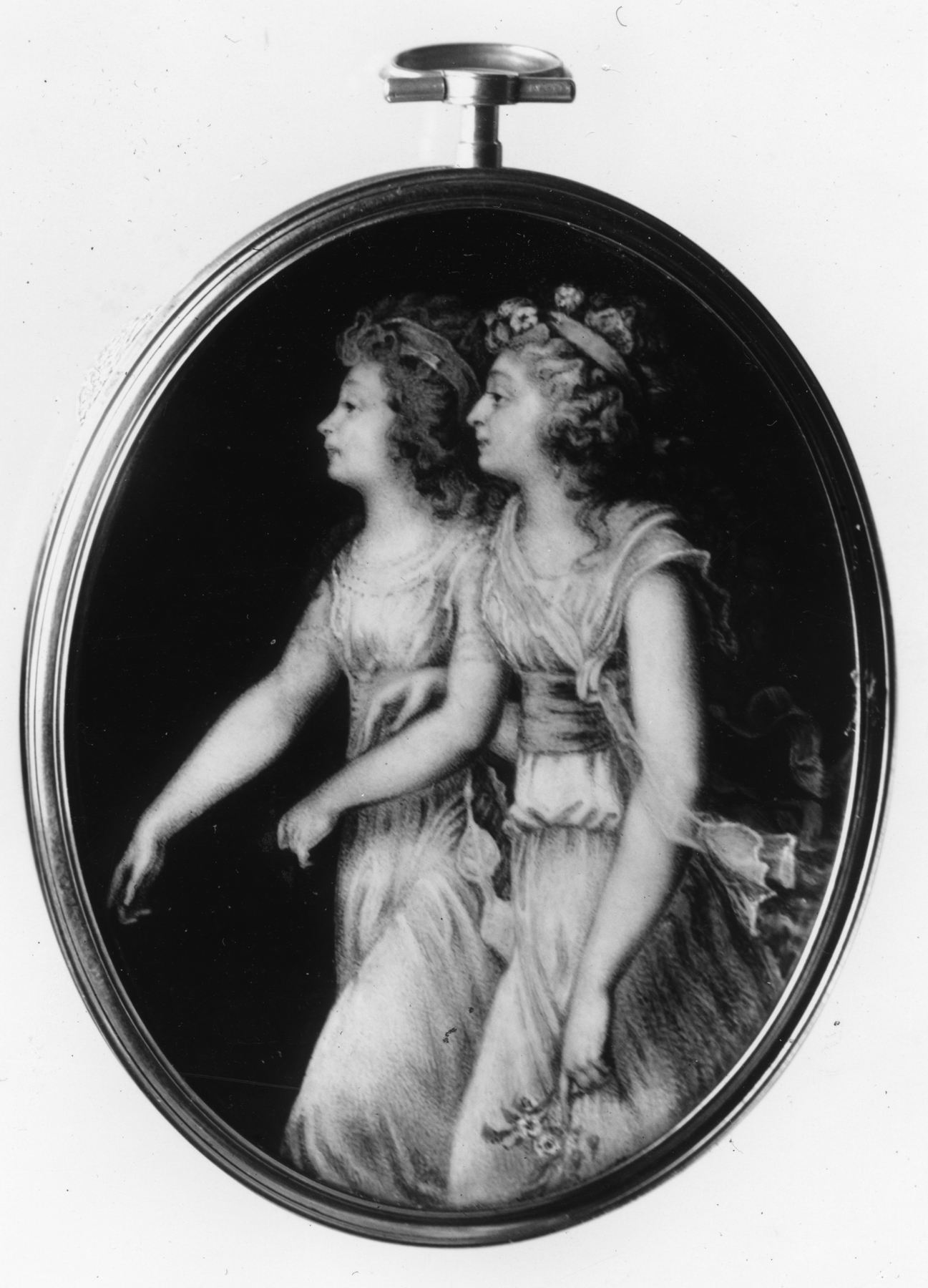 This miniature shows Georgiana Cavendish, Duchess of Devonshire (1757-1806) and Lady Elizabeth Christiana Foster née Harvey (1757-1824). Georgiana, née Spencer, married the Duke of Devonshire in 1774 and immediately became a fashion icon and celebrity. In 1782 the Devonshires met Lady Elizabeth Foster, who soon became the Duke's, and possibly also the Duchess's, lover. After Georgiana's death, Elizabeth became the Duke's second wife.
In November and December of 1791 the Duchess of Devonshire and Lady Elizabeth stayed together in Paris. The stay correlates with a note in Jean-Urbain Guérin's journal that he made a drawing of the Duchess on 12 November 1791. A token of friendship, two versions were painted - one for each sitter. One version is in the Wallace Collection, London. Another version exists in the Louvre, Paris.
There are a number of differences between the version by Guérin and the Walters' version, which is probably a copy, most notably the omission of the basket of flowers in the hand of the woman to the left, and the position of the figures' arms.
The back of this miniature is covered in pink silk over which is placed a pierced and engraved metal plaque representing a vase of flowers, these elements are covered with glass.