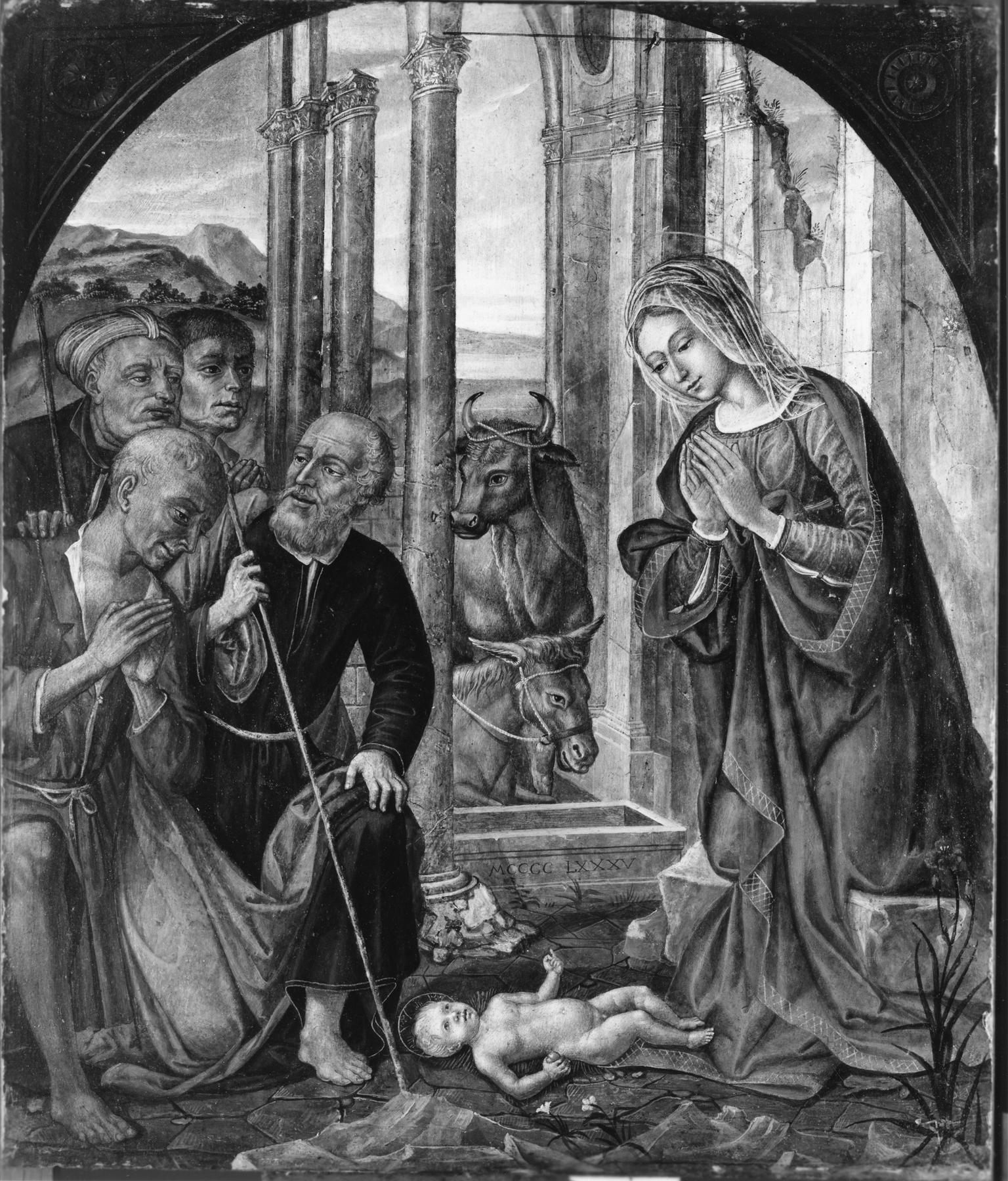 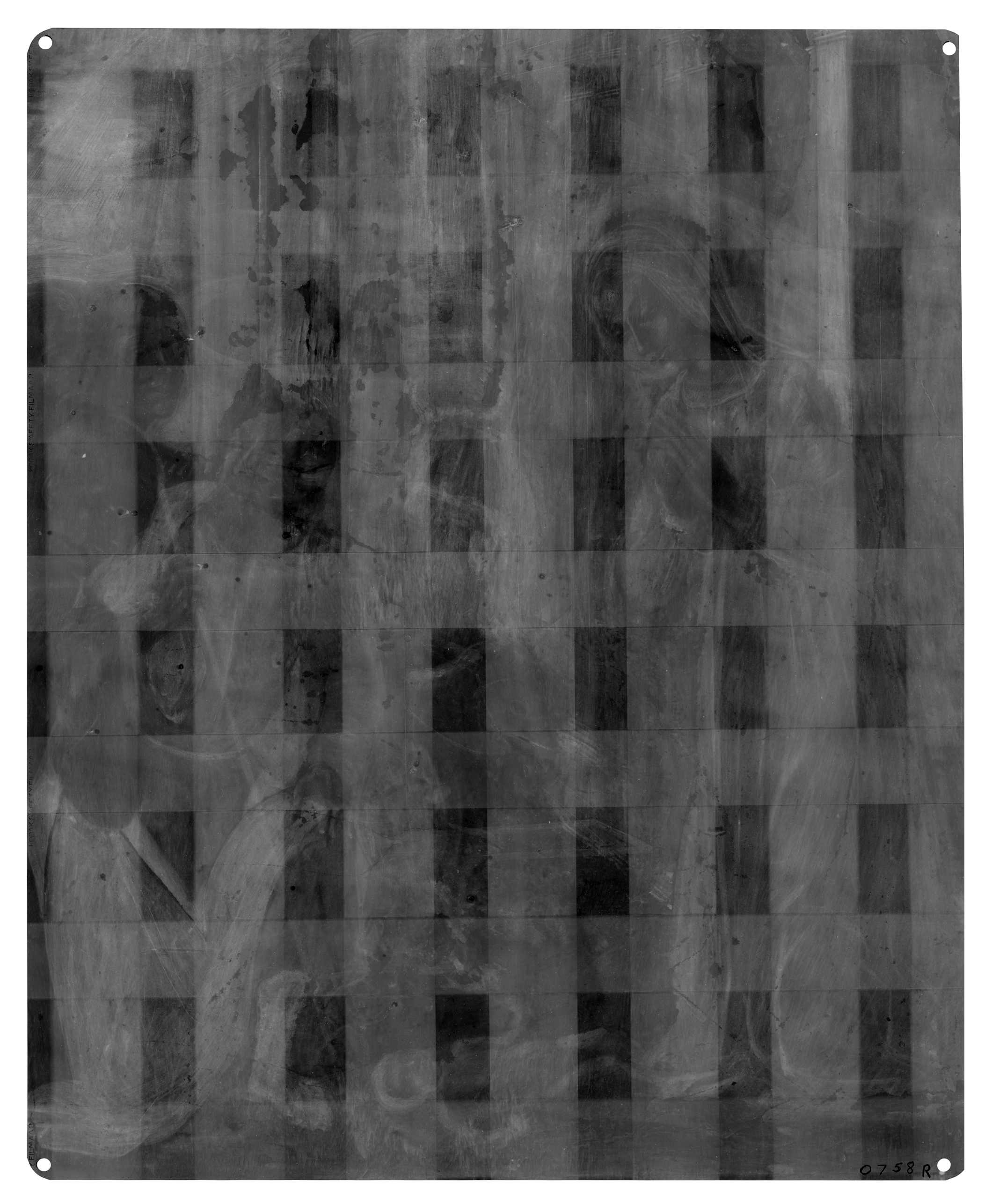 The Adoration of the Shepherds

The Virgin Mary kneels in prayer before the newborn Christ Child, humbly placed on the ground before her. At the left, Saint Joseph glances toward a group of shepherds who have come to pay their respects to the child. The ox and ass, both present in biblical accounts of the Nativity, look on from beneath a building with architecture recalling an ancient Roman temple. In depicting this building in ruins, the artist is suggesting that the birth of Christ ushered in a new Christian era to replace the pagan past.

Though the painting is much damaged (this photo shows it in its previous, heavily repainted state), the linear and expressive treatment of the figures are still clearly visible and reveal the hand of Matteo di Giovanni, one of the great geniuses of Sienese Renaissance painting. As indicated by the Roman numerals inscribed on the manger behind the Christ Child, the painting was made in 1485, when Matteo was at the height of his career. The painting's relatively small size indicates it was used for private devotion in a domestic interior.