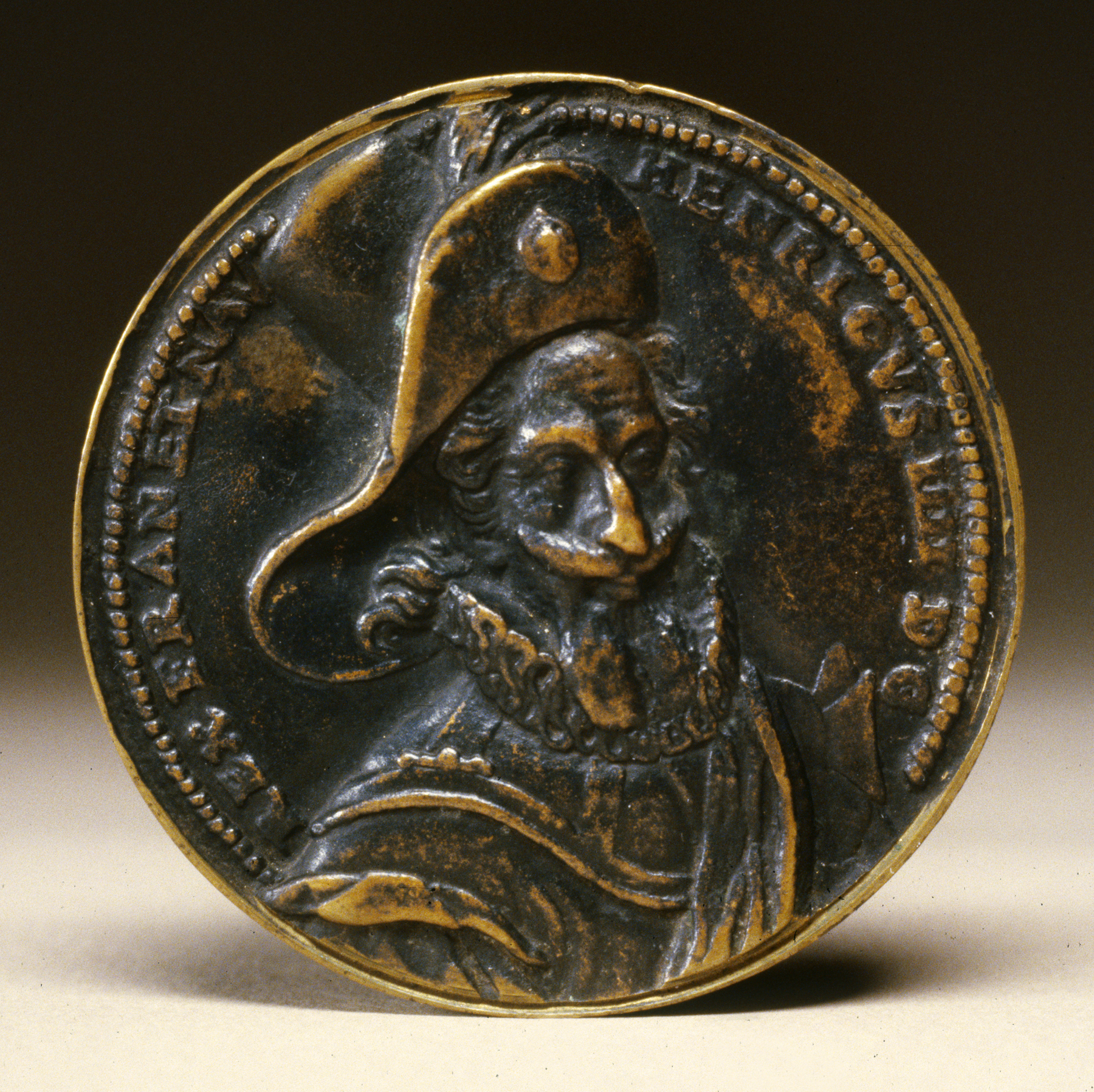 On the obverse of this medal is a bust portrait of Henry IV (1553-1610). On the reverse is the coat of arms of France and Navarre within a collar and garland.

Gift of Douglas Gordon [formerly part of the Walters Collection], 1941