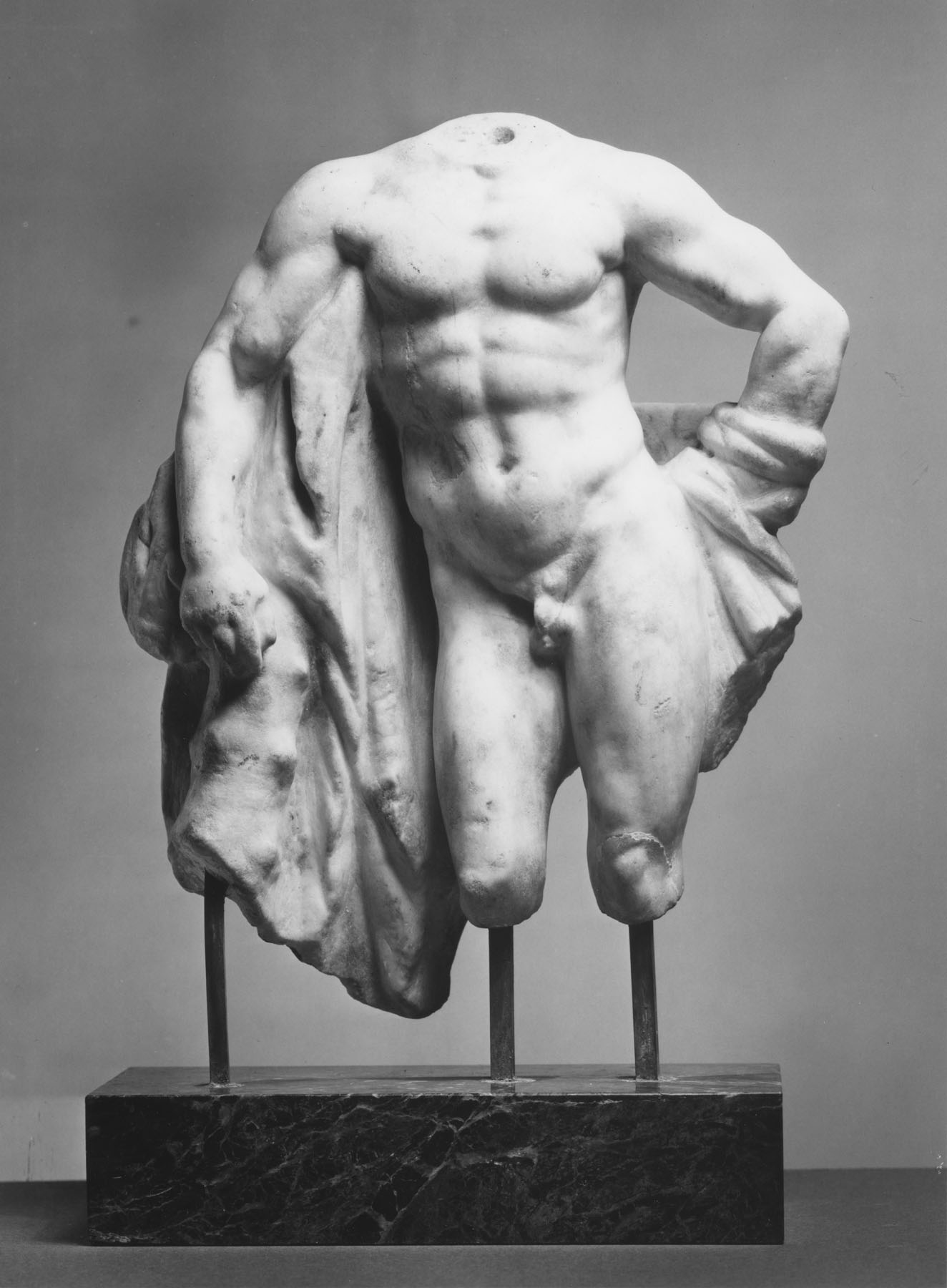 This marble torso appears to be a fragment of a small-scale copy after a famous lost bronze statue by the Greek sculptor Lysippos (ca. 320 BCE) of the hero Hercules. Here he leans on his club after completing the last of his labors: retrieving the golden apples of the Hesperides, which in the original Hercules held in his left hand behind his back. Here that hand is wrapped in drapery. Since the carving with its deep undercutting is actually later sixteenth-century Italian, this piece, carefully broken to maintain the torso which was the part thought to best demonstrate Lysippos' subtlety, was surely created to look ancient and fool the eye of a potential collector.

In the late 1500s, Lysippos's bronze statue was known in Italy through the marble copy made in the 3rd century CE by the sculptor Glykon, discovered in Rome in 1546 and acquired by the Farnese family for their palace there. Knowledge of that statue was dispersed by full-scale plaster casts and small-scale copies in bronze. So it was in the decades following the discovery of the Roman marble copy that interest was highest. Indeed, in the 1590s, Archduke Ferdinand of Austria owned an "antique" marble torso of Hercules that is similar to the Walters' sculpture. Ferdinand's torso, now in the Kunsthistorisches Museum, Vienna, is now also considered a 16th-century forgery. 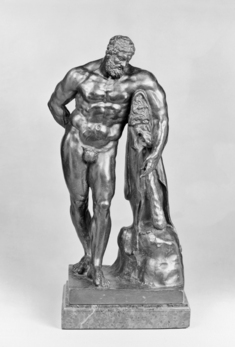