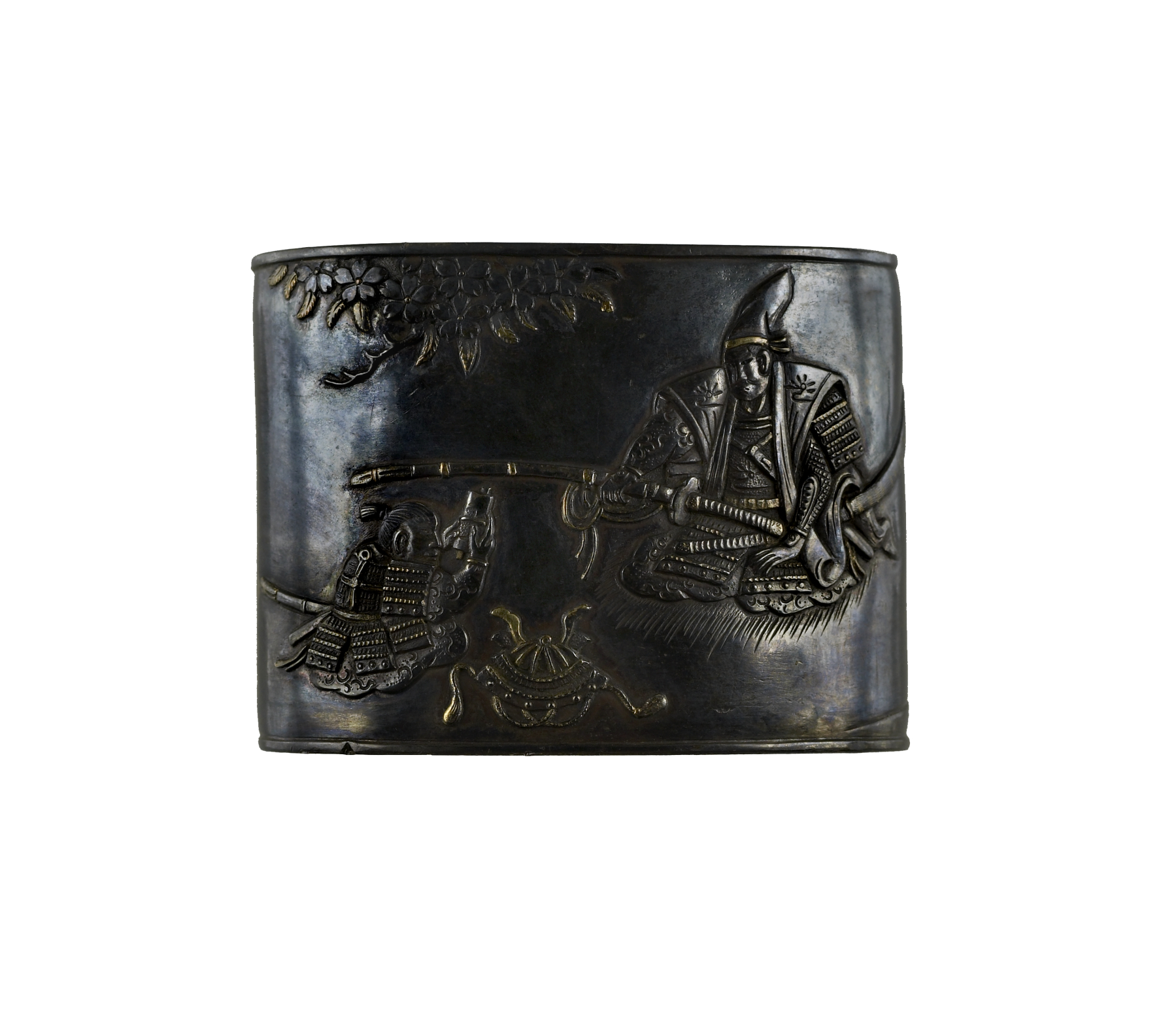 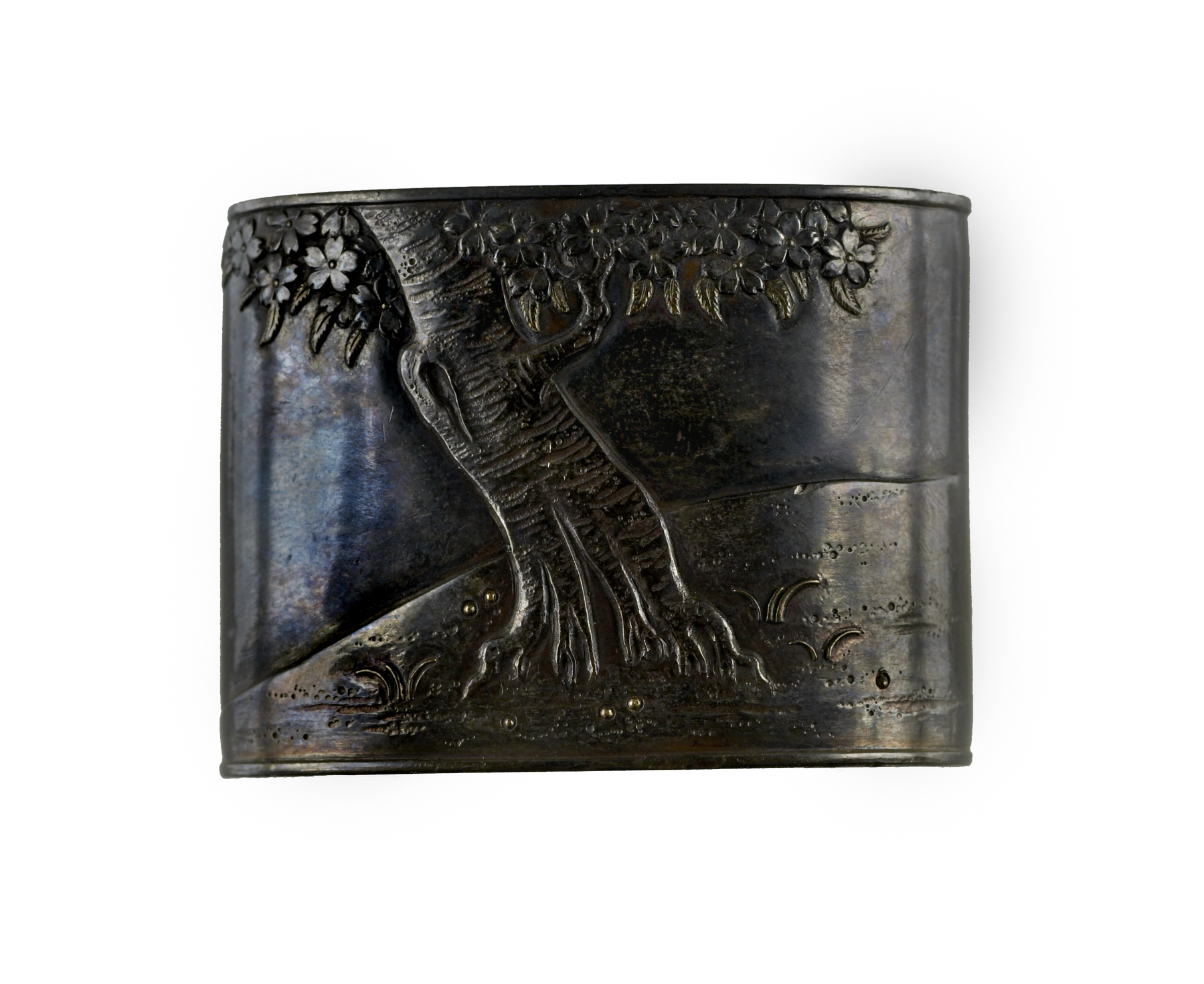 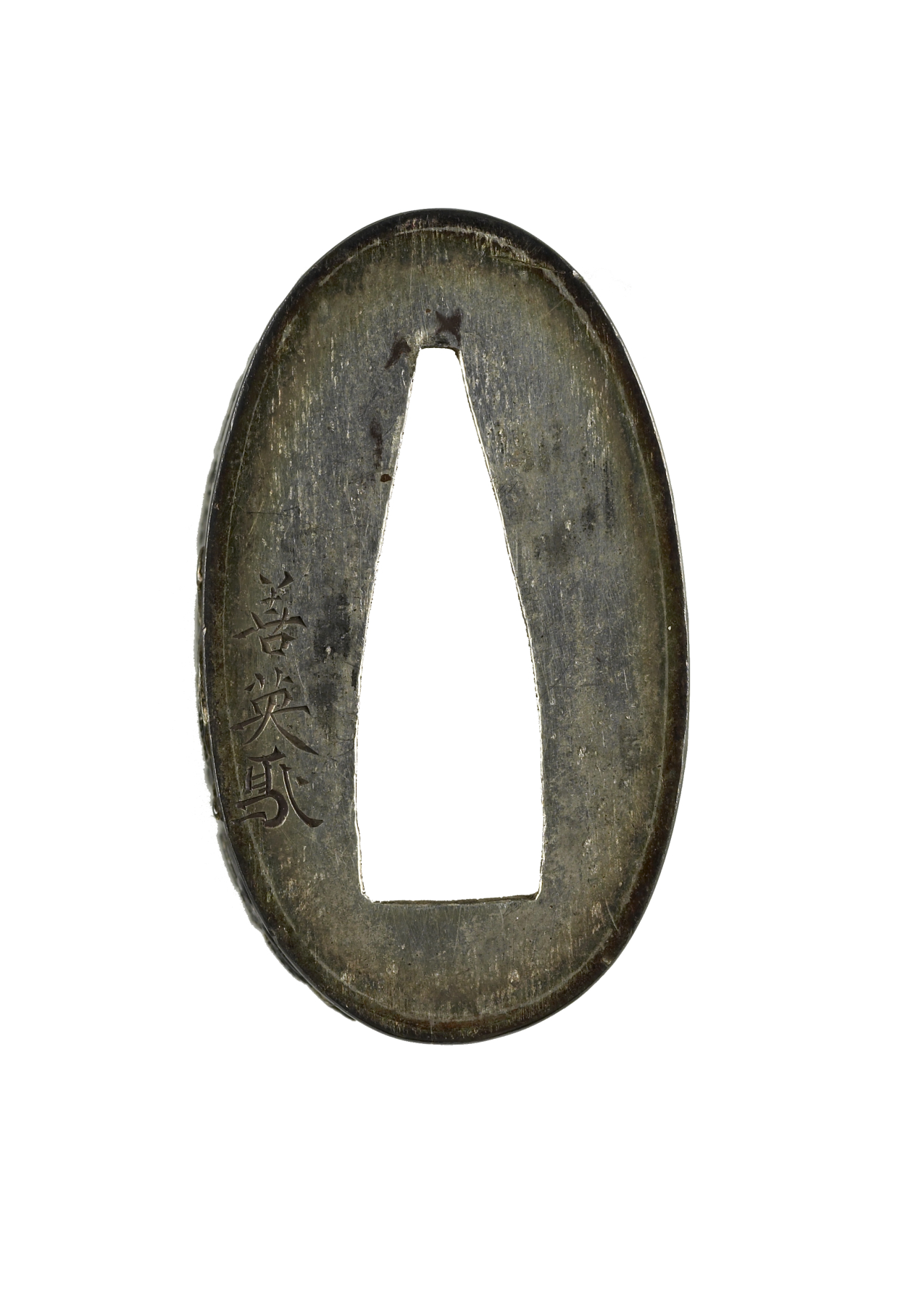 Fuchi with Kusunoki Masashige and his Son Masatsura

Kusunoki Masashige (1294-1336) was one of the commanders of the Imperial troops of Emperor Go-Daigo (1288-1339) at the Battle of Minato River in 1336. The emperor had regained control of the country from the Hôjô family who controlled the Kamakura shogunate, but then faced a challenge from Ashikaga Takauji. At Minato River, the Ashikaga forces defeated Emperor Go-Daigo's army and were later able to establish the Ashikaga shogunate. Masashige is shown here given a scroll containing information about military strategy to his son, Masatsura (1336-1348). Masatsura was sent home by his father before the battle. Masashige committed suicide after his defeat at Minato River. On the reverse of the fuchi is a cherry tree in bloom. This is part of a mounted set depicting warriors loyal to Emperor Go-Daigo.