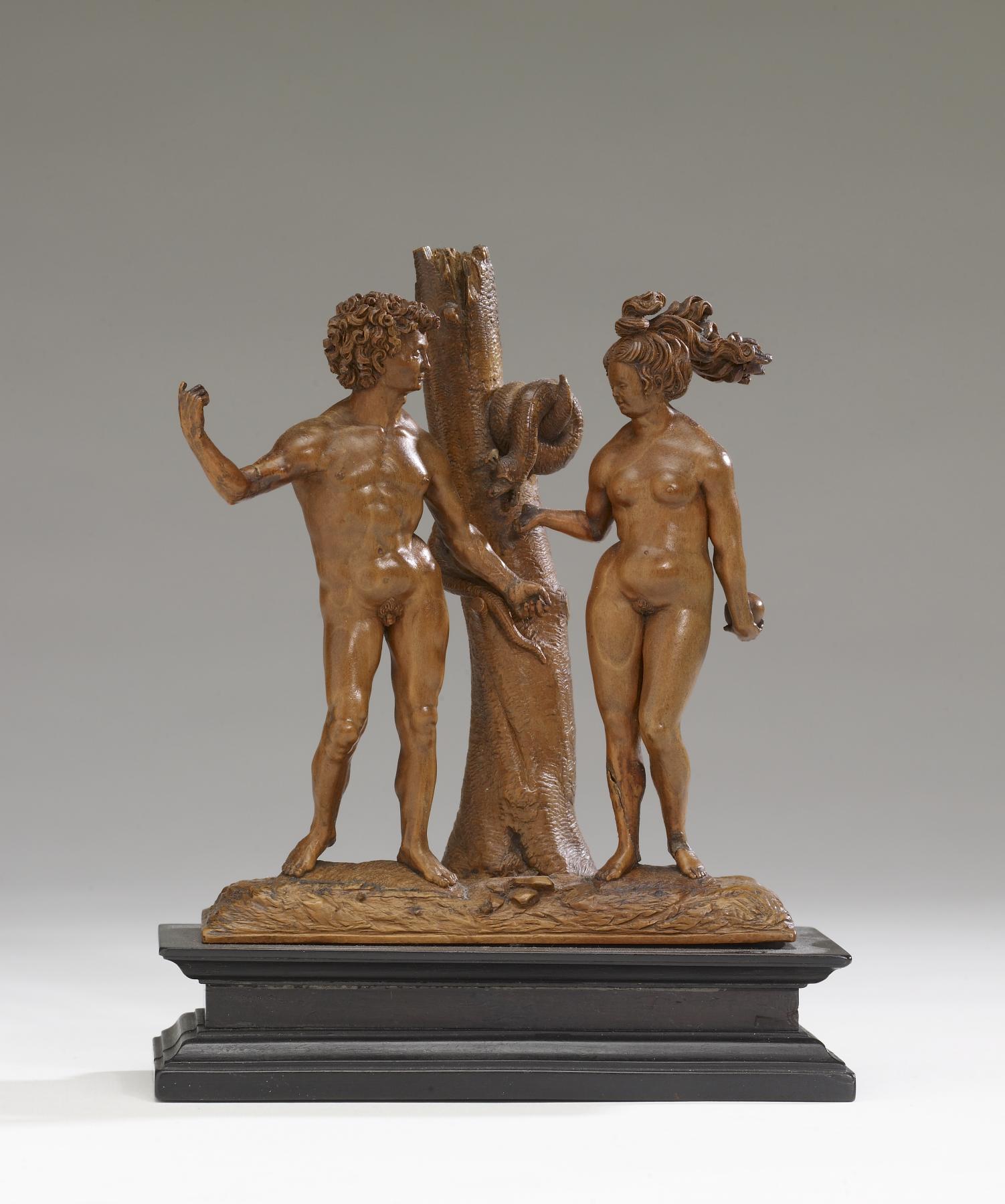 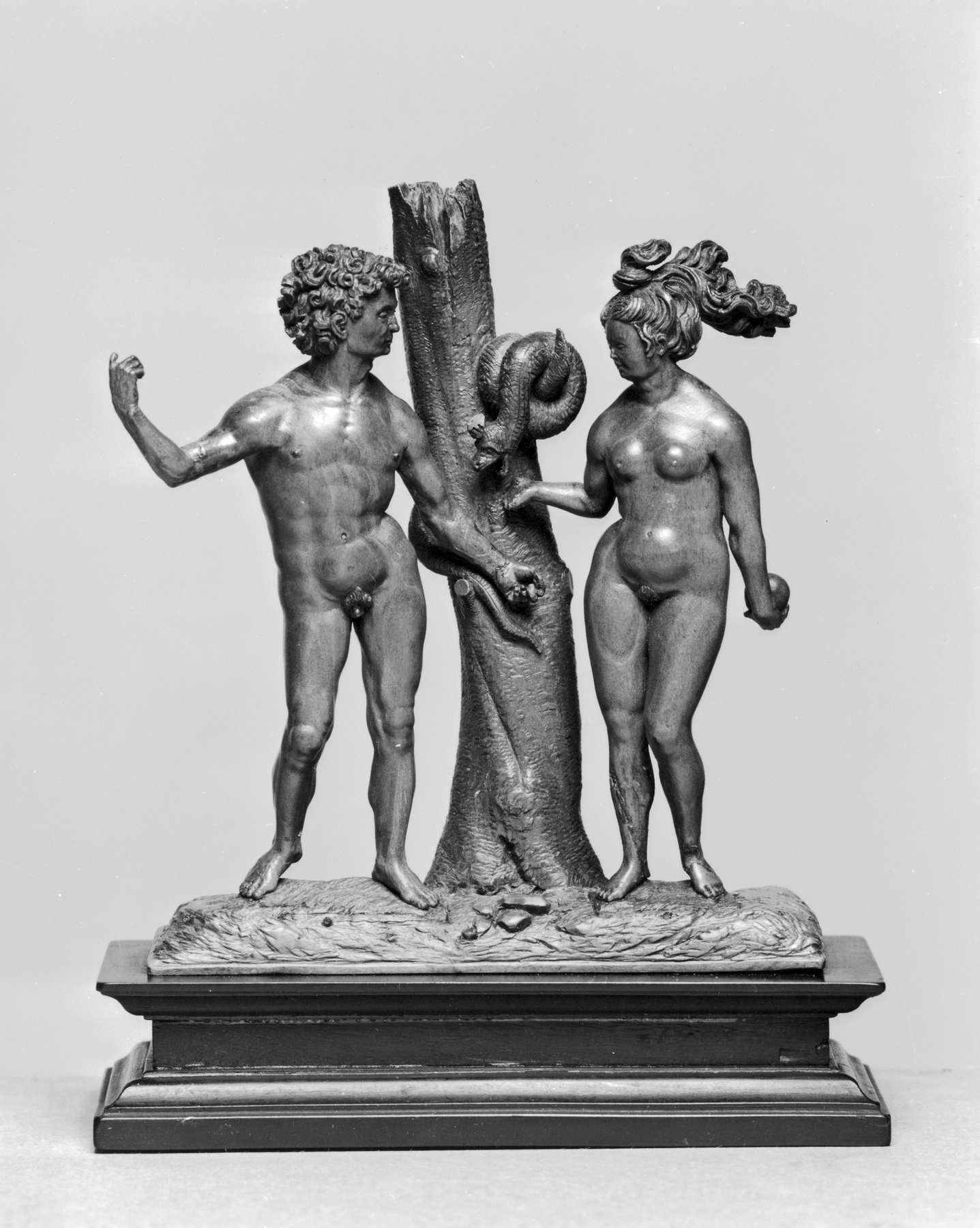 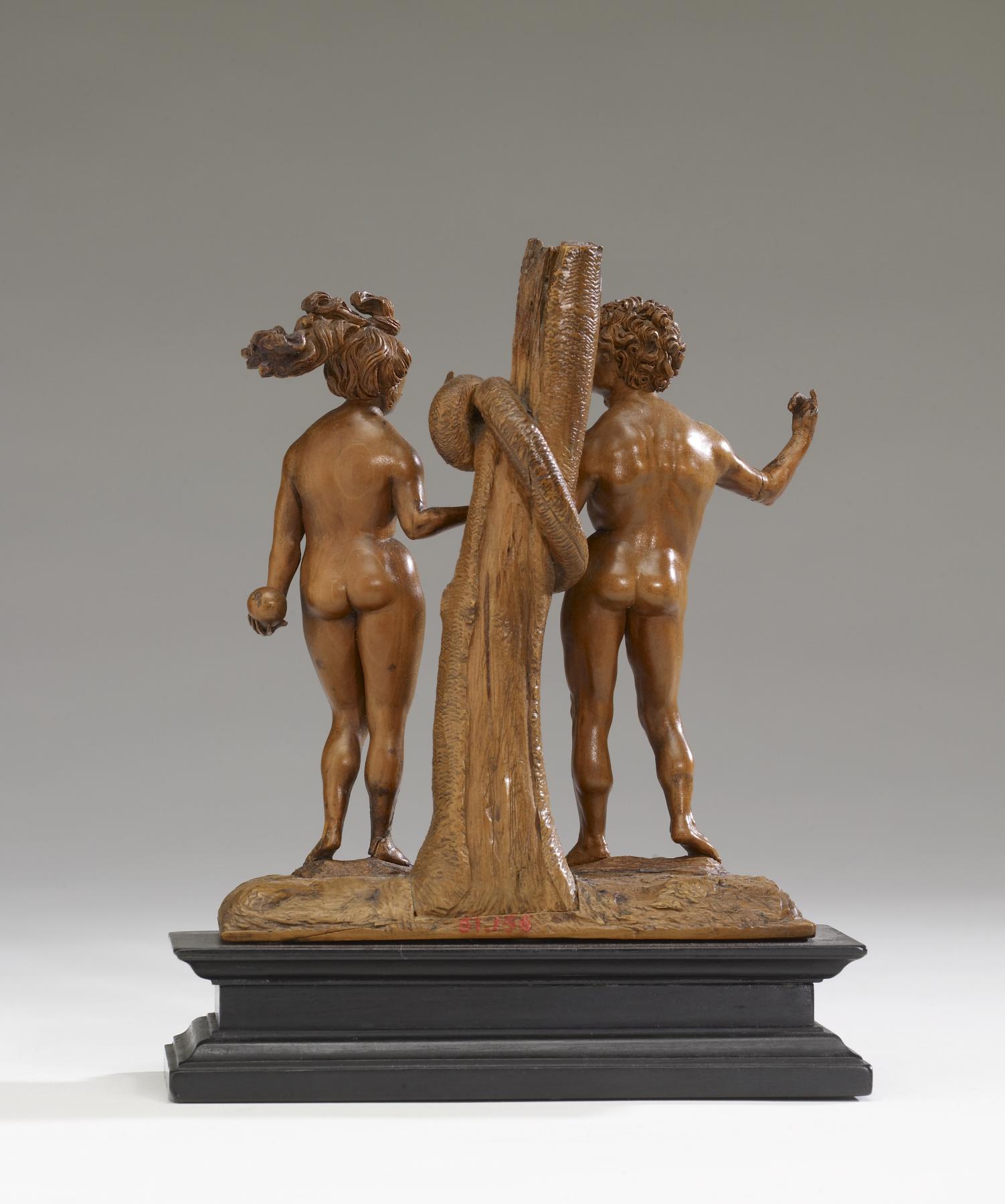 The Temptation of Adam and Eve

The figures of Adam and Eve were carved separately and then set into the base. They are derived from Albrecht Dürer's enormously influential and often-copied engraving. Dürer himself based his representations of the first man, whom the Old Testament describes as made "in the image of God," on a then-famous antique statue of the Olympian god most known for his beauty, Apollo.

The carver was probably not aware of the classical source for Dürer's Adam; he certainly made the proportions chunkier. In general, wood carvers were little influenced by the aesthetic norms of classical sculpture.