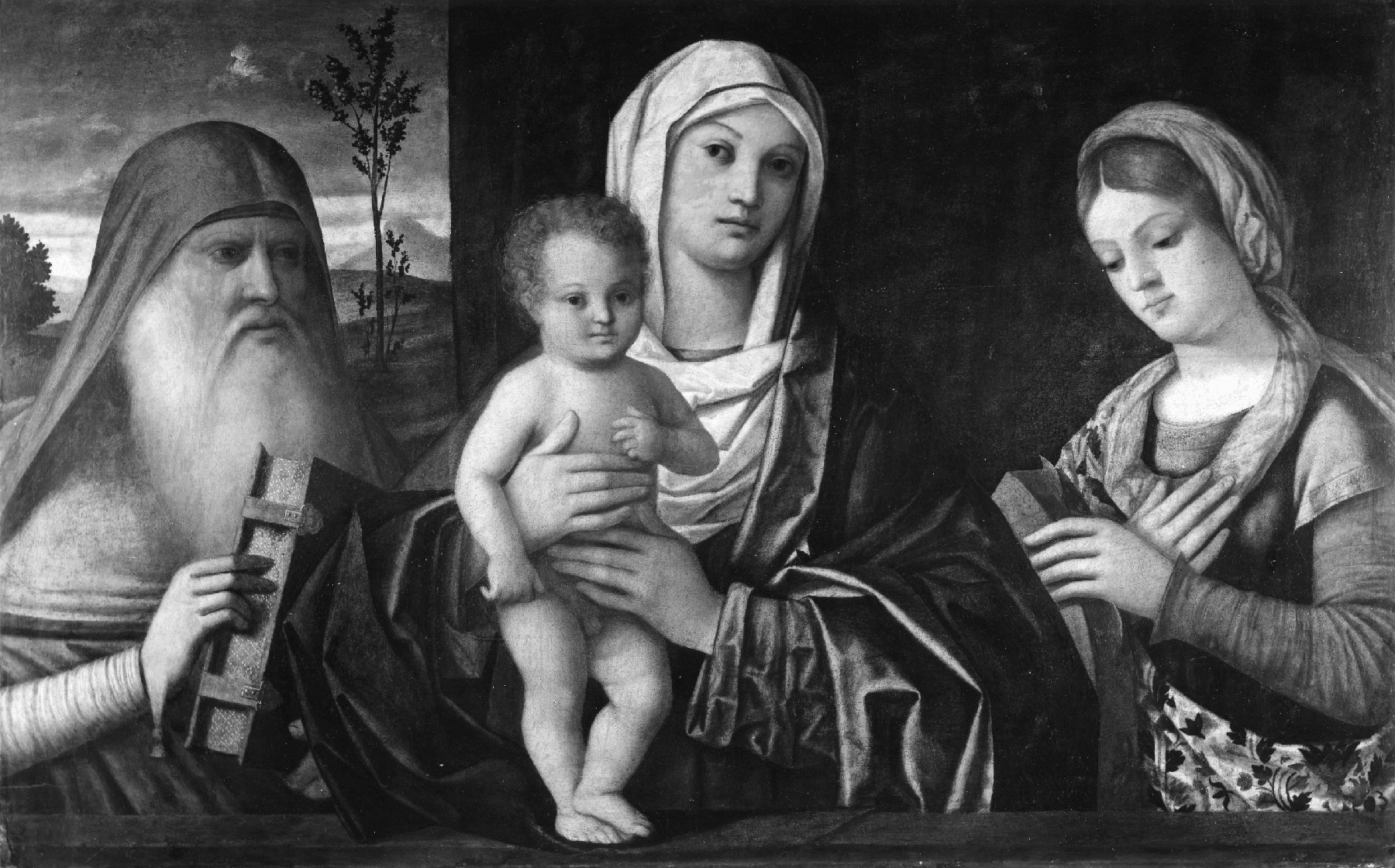 Madonna and Child with St. Jerome and St. Catherine of Alexandria

Horizontal compositions of the Madonna and Child flanked by saints, shown in half-length for greater intimacy, were common in paintings produced for the domestic interiors of northern Italy. In this example, painted in Venice in the early 1500s, the Madonna and Child are flanked by Saint Jerome at the left and Saint Catherine of Alexandria at the right. Jerome is identifiable by his long white beard, red cloak, and the book in his hands; the book is probably the Bible, which he famously translated into Latin (the Vulgate). Catherine, wearing a cloak decorated with flowers, rests her hand over the fragment of a spiked wheel, the instrument of her martyrdom.

The figures of the Madonna and Child are derived from a famous painting called the “Madonna of the Trees,” painted by the great Venetian artist Giovanni Bellini (ca. 1431-1516) and now at the Accademia in Venice. This painting, like many of Bellini’s works, was greatly admired and copied by the artist’s contemporaries. Another painting attributed to Francesco Rizzo, traditionally considered the author of this painting, is in the Walters (37.569) and similarly derives from Bellini's example.