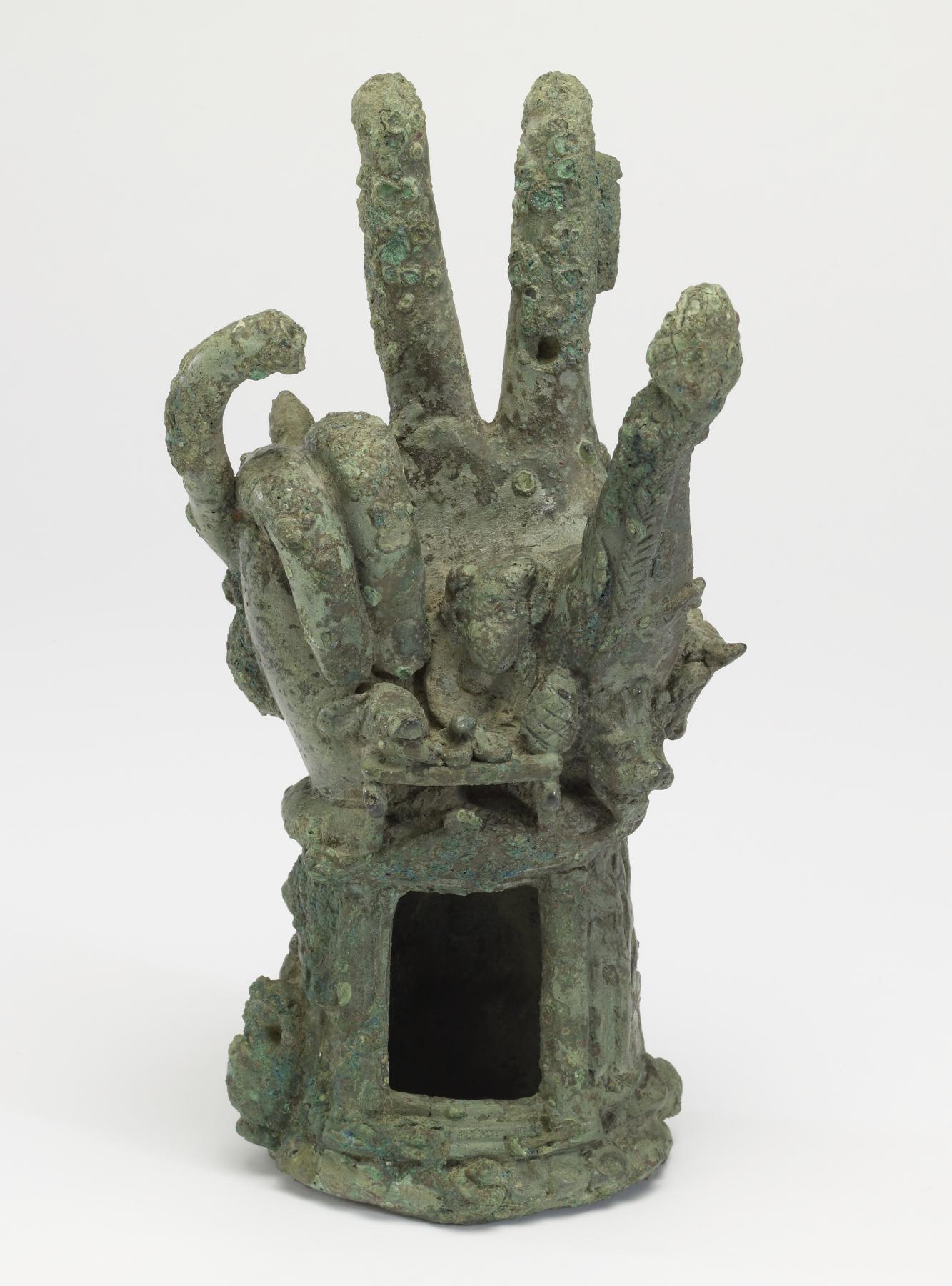 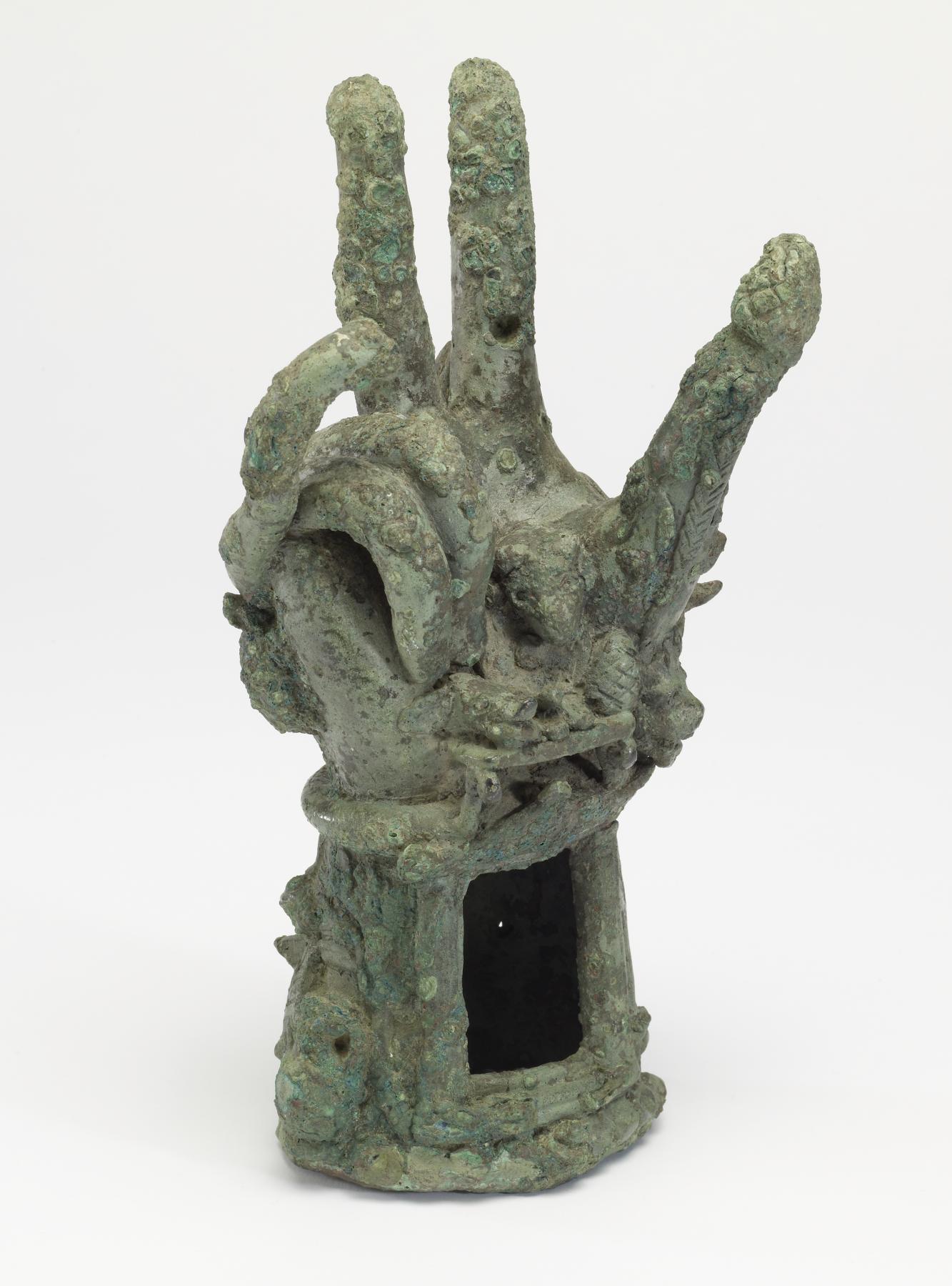 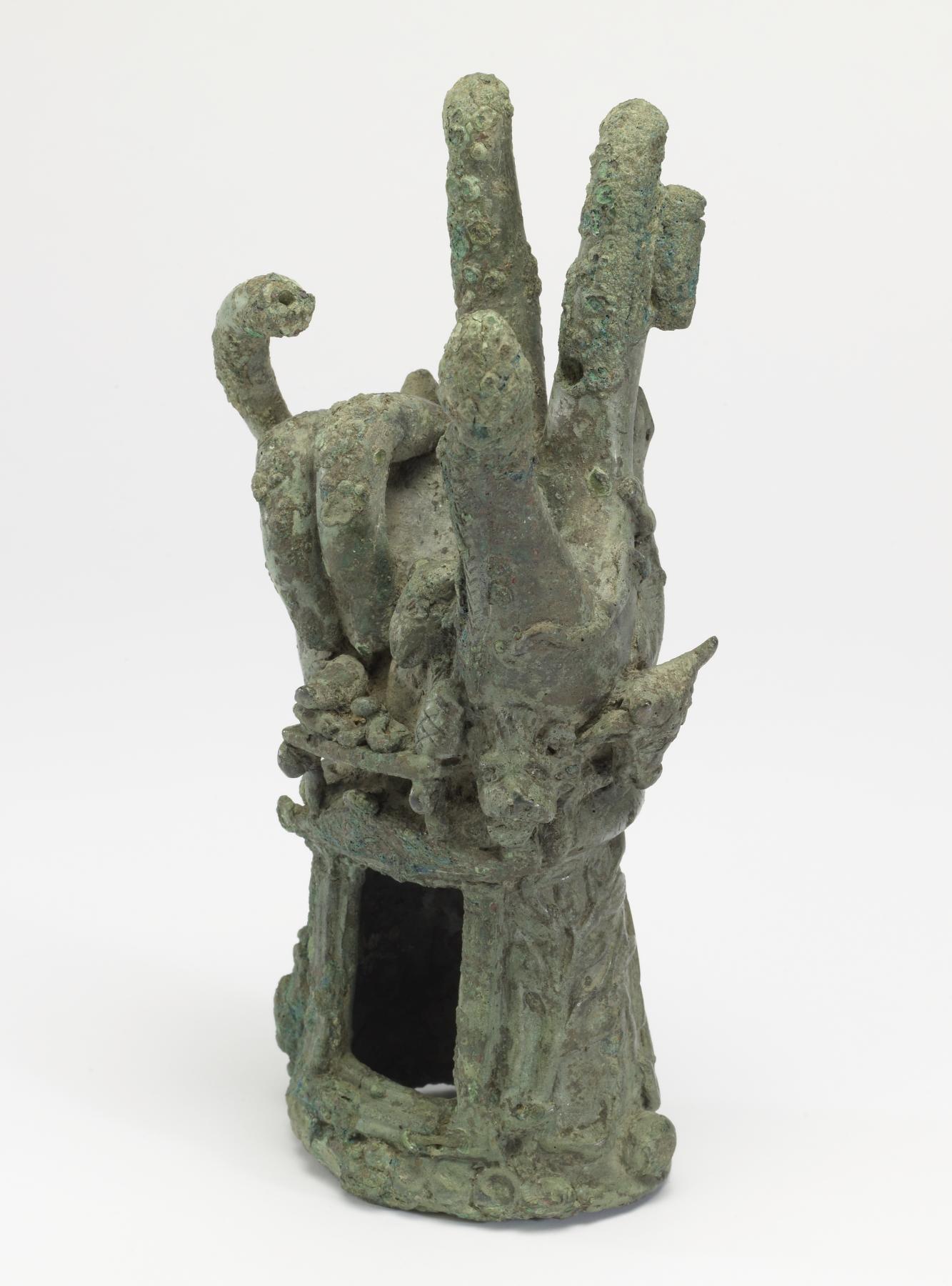 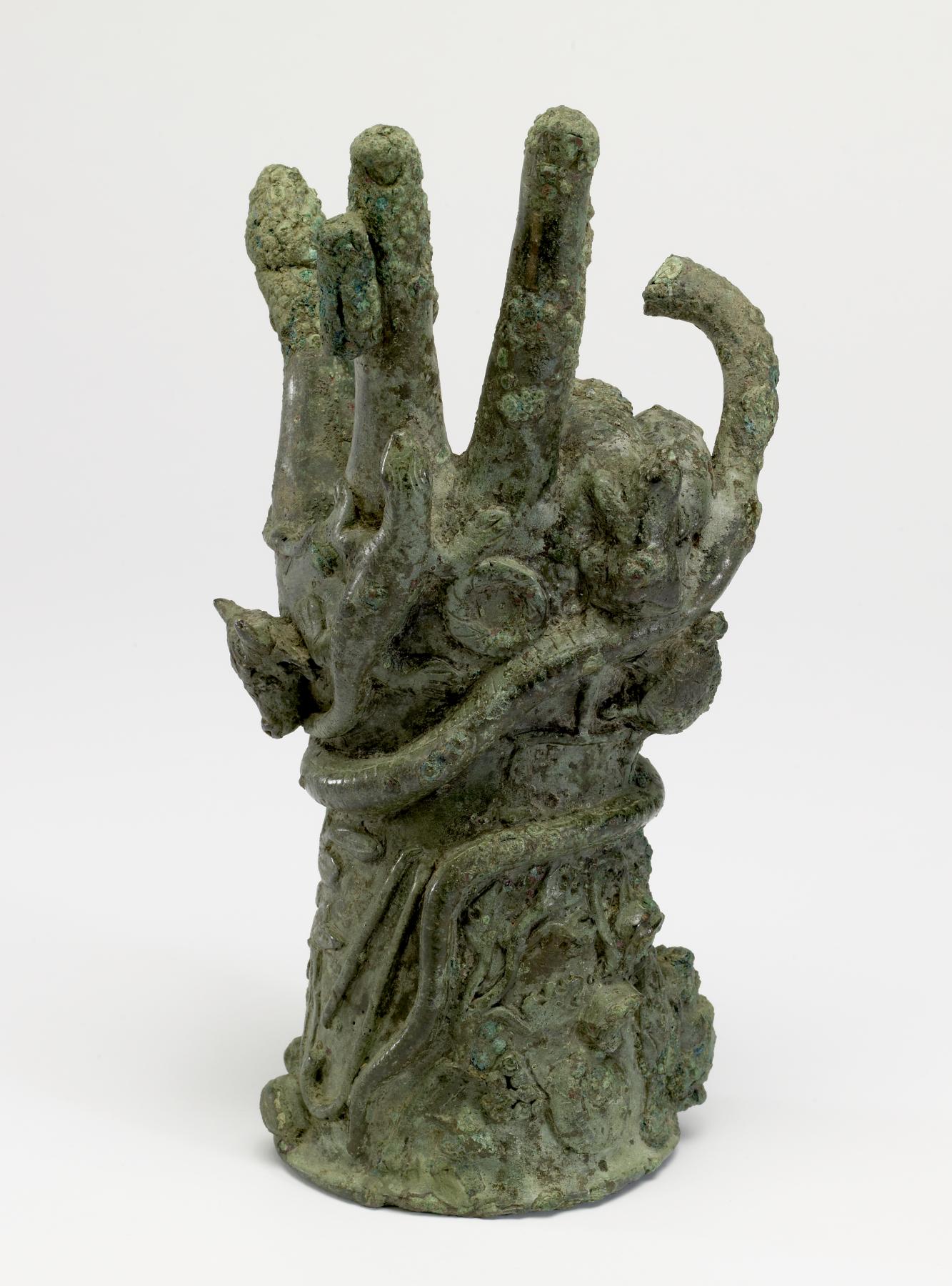 Many religions were syncretistic, meaning that as they grew and came into contact with other religions, they adopted new beliefs and modified their practices to reflect their changing environment. Both Greek and Roman religious beliefs were deeply influenced by the so-called mystery religions of the East, including the Egyptian cult of Isis, which revealed beliefs and practices to the initiated that remained unexplained, or mysterious, to the uninitiated. Most popular Roman cults had associations with these mystery religions and included the prospect of an afterlife.

Sabazius was an eastern god of fertility and vegetation, who in Roman times was worshiped in association with other deities, particularly Dionysus (or Bacchus, as he was generally known to the Romans). His cult inspired a series of votive images of hands, the fingers of which form the gesture of benediction still familiar in Christian practice. Missing from this example is the small figure of Sabazius himself, who was typically seated in the palm of the hand above the ram's head. Around him are his major cult symbols, including a snake, a lizard, and the heads of a lion, a ram, and a bull. On the tip of the thumb is the pinecone of Dionysus. The opening in the wrist, shaped like a temple, had a hinged door that revealed an unknown, lost object, perhaps a reclining mother and child, as seen in other examples.