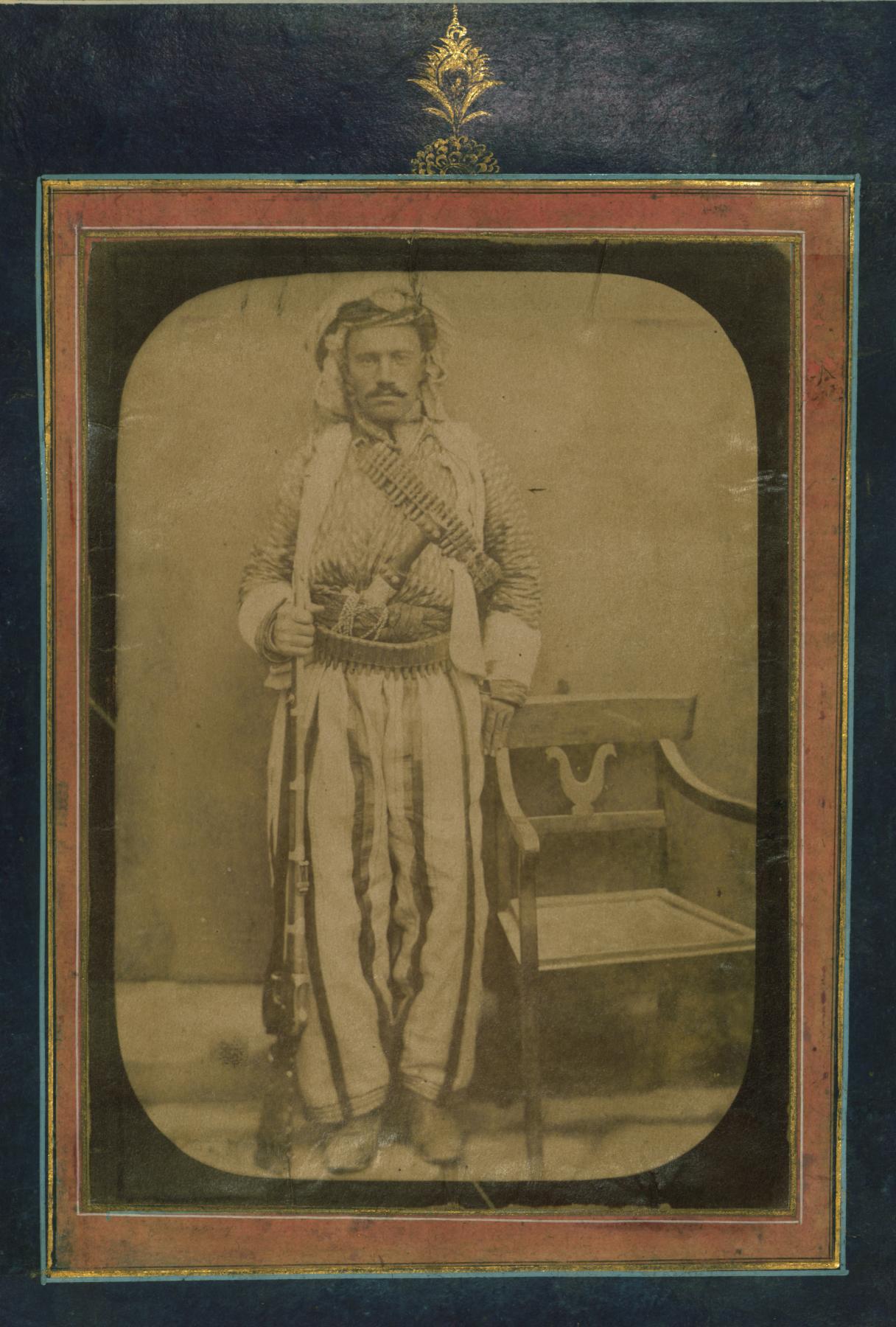 Album of Persian and Indian Miniatures, Calligraphy, and European Engravings

This album (muraqqa'), Walters manuscript W.771, in an accordion format, was presented as a gift in 1886 to its former owner. It contains 25 leaves of Persian and Indian paintings and calligraphies, photographs, and European prints. The pages range in date from the 11th century AH/AD 17th to the 13th century AH/AD 19th. The calligraphies, in Nasta'liq and Shikastah scripts, are signed by Bunyad al-Tabrizi (dated 1045 AH/AD 1635-1636), Ibn Muhammad Riza Muhammad 'Ali (dated 1151 AH/AD 1738-1739), and 'Abd Allah and Hakim, who are possibly 'Abd Allah al-Husayni and Hakim Rukna. The Persian paintings include Safavid, Zand, and Qajar examples. The Reception at the court of Shah 'Abbas I (fol. 50a) dates to the early 11th century AH/AD 17th. There are standing portrait paintings and images of female sitters that belong to the late Zand and early Qajar periods. The Indian examples are Mughal, with one erotic scene that is attributable to the Deccan. The European prints include English portraiture and French religious prints based on Evangelicae historiae imagines (Antwerp, 1593) and Adnotationes et meditationes in Evangelia (Antwerp, 1594) by the Jesuit priest Jerome Nadal. In certain examples, scenes are labeled with the Armenian alphabet. The red leather leather binding with central lobed oval with floral motifs dates to the late 13th century AH/AD 19th. 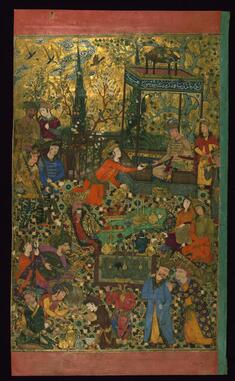 Leaf from Album of Persian and Indian Mminiatures, Calligraphy, and European Engravings: Reception at the Court of Shah 'Abbas I