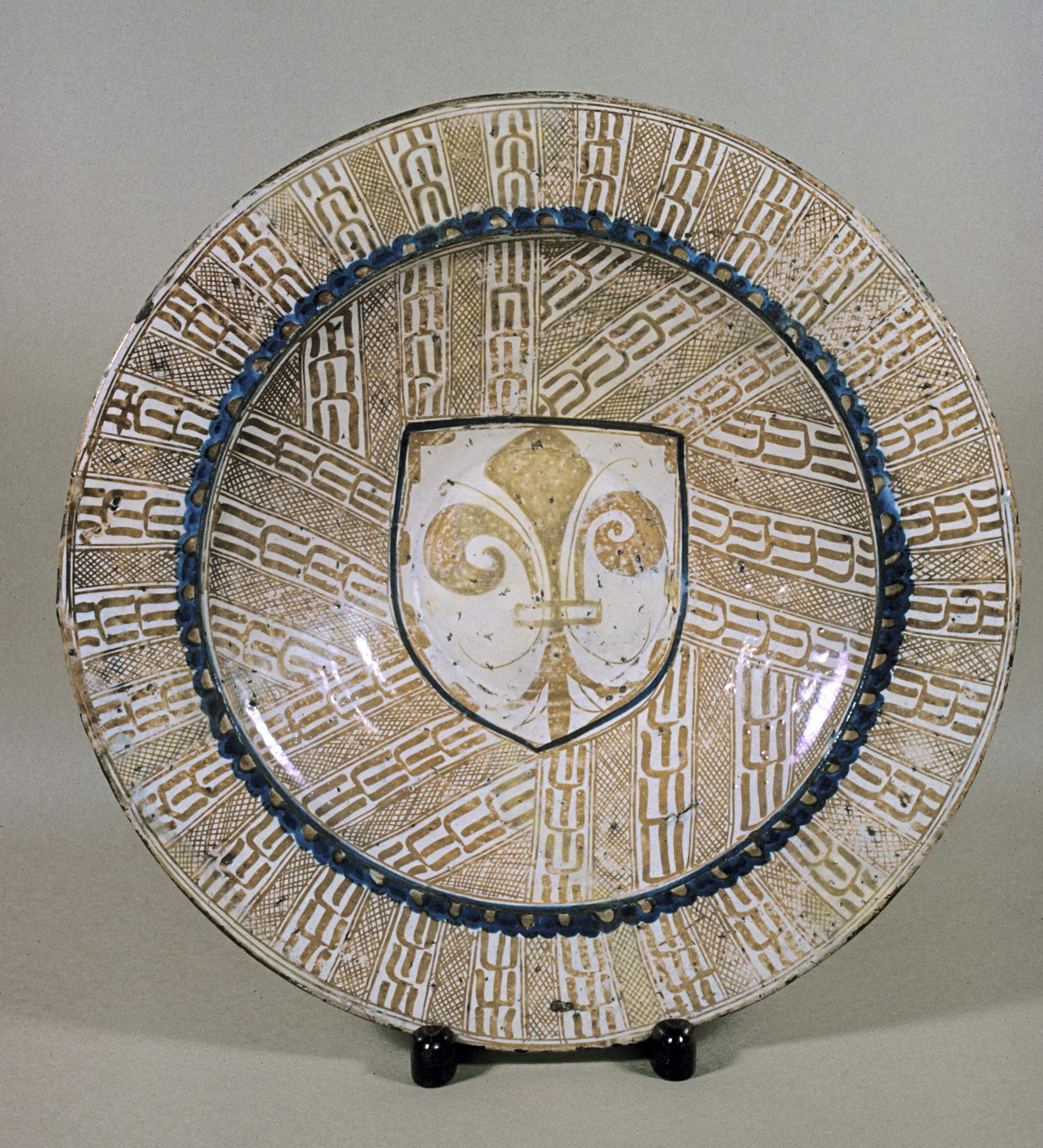 This plate is an example of “Hispano-Moresque” ware, produced using traditional Islamic techniques. The central image of an escutcheon with a fleur-de-lys (stylized lily as the emblem of France) suggests that it was made on commission, possibly as a gift for someone at the French court.