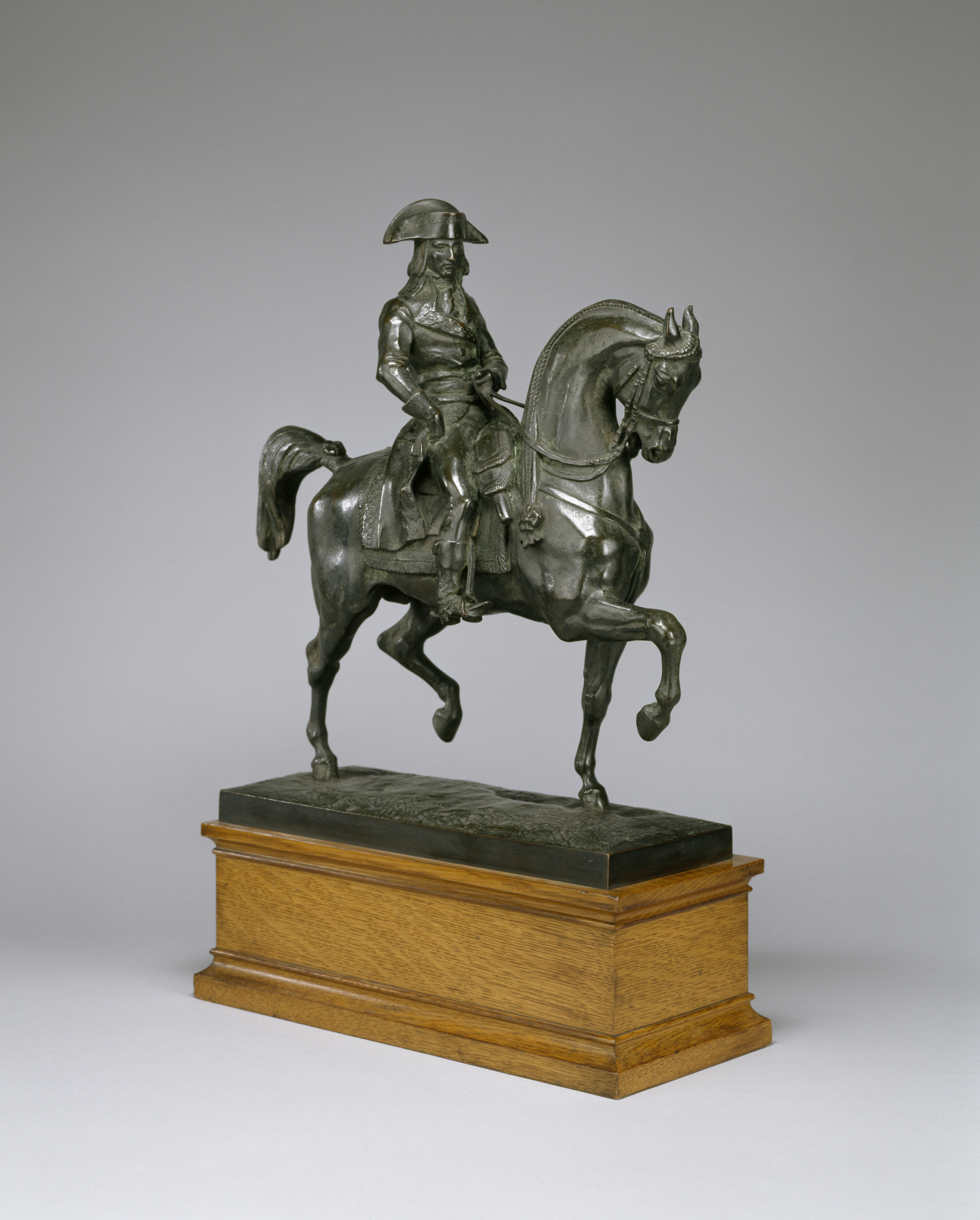 The young Napoleon (1769-1821) is represented with long hair and wearing the uniform of a general in the French army, a rank he held between 1793 and 1799, the year he overthrew the Directory (the government during the last phase of the Revolution) and replaced it with the Consulate, in which he served as First Consul. He declared himself emperor in 1804. The forelock and mane of his majestic horse are braided as for a ceremonial occasion. Barye produced several sculptures of Bonaparte, both monumental and small-scale, over the course of his career.

[Signature] Cast through from model: BARYE; [Number] On paper label on base: Walters 96 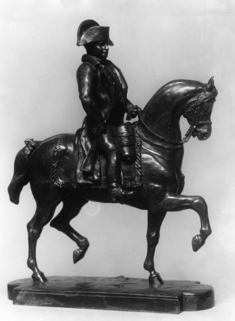 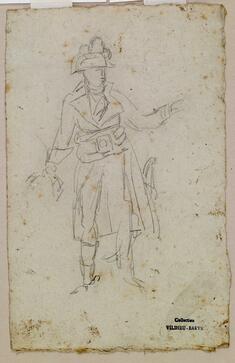 Sketch of Costume of General Bonaparte 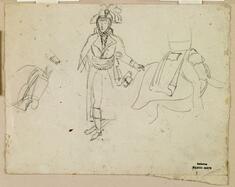