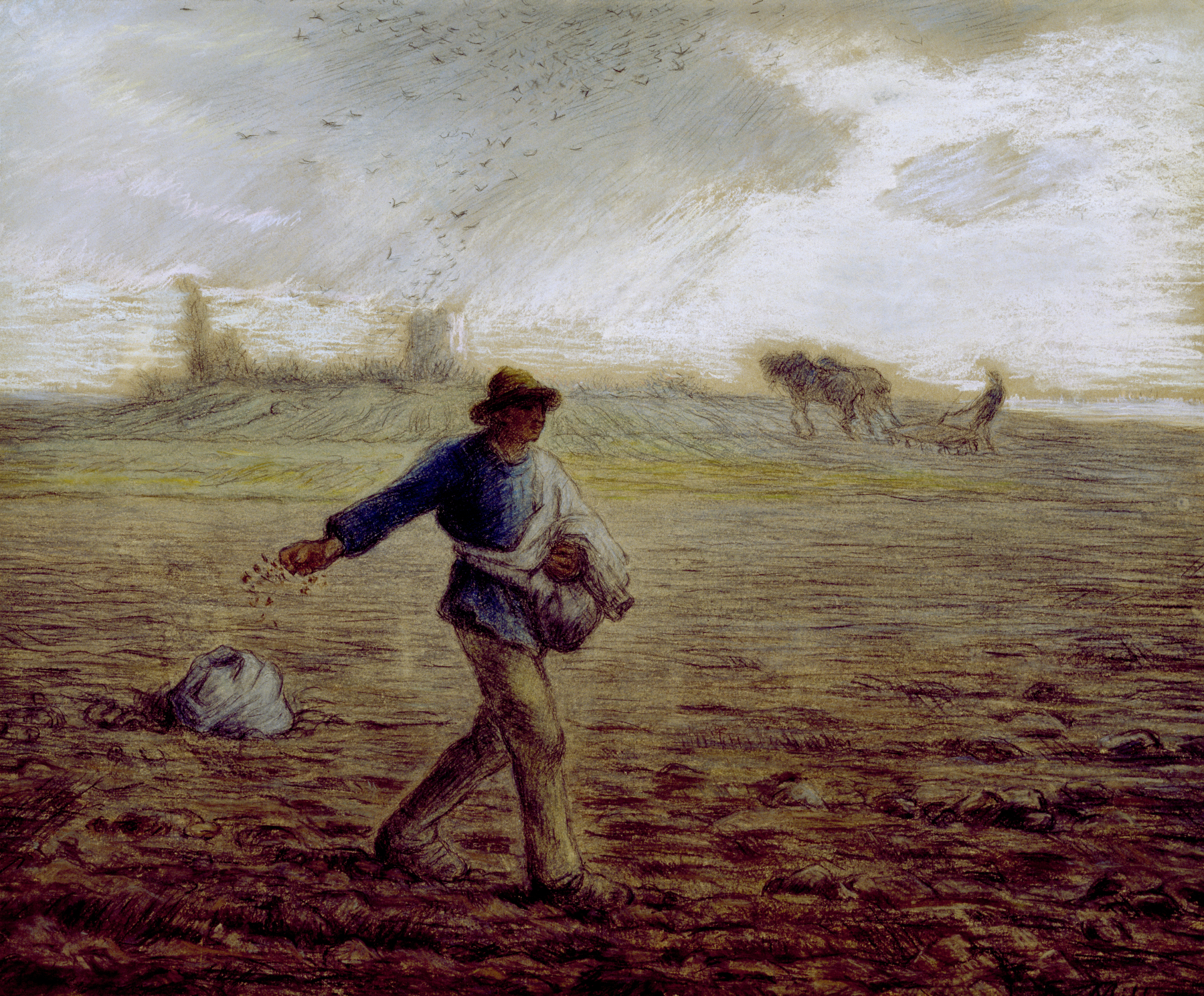 Millet first gained widespread notoriety with his iconic image of a sower shown at the 1850/51 Paris Salon. In this pastel version, he integrates the sower into the landscape around Barbizon with a harrower, a flock of crows, and the tower of Chailly visible in the distance. Millet built up his composition with a network of black chalk lines before adding his pastels.