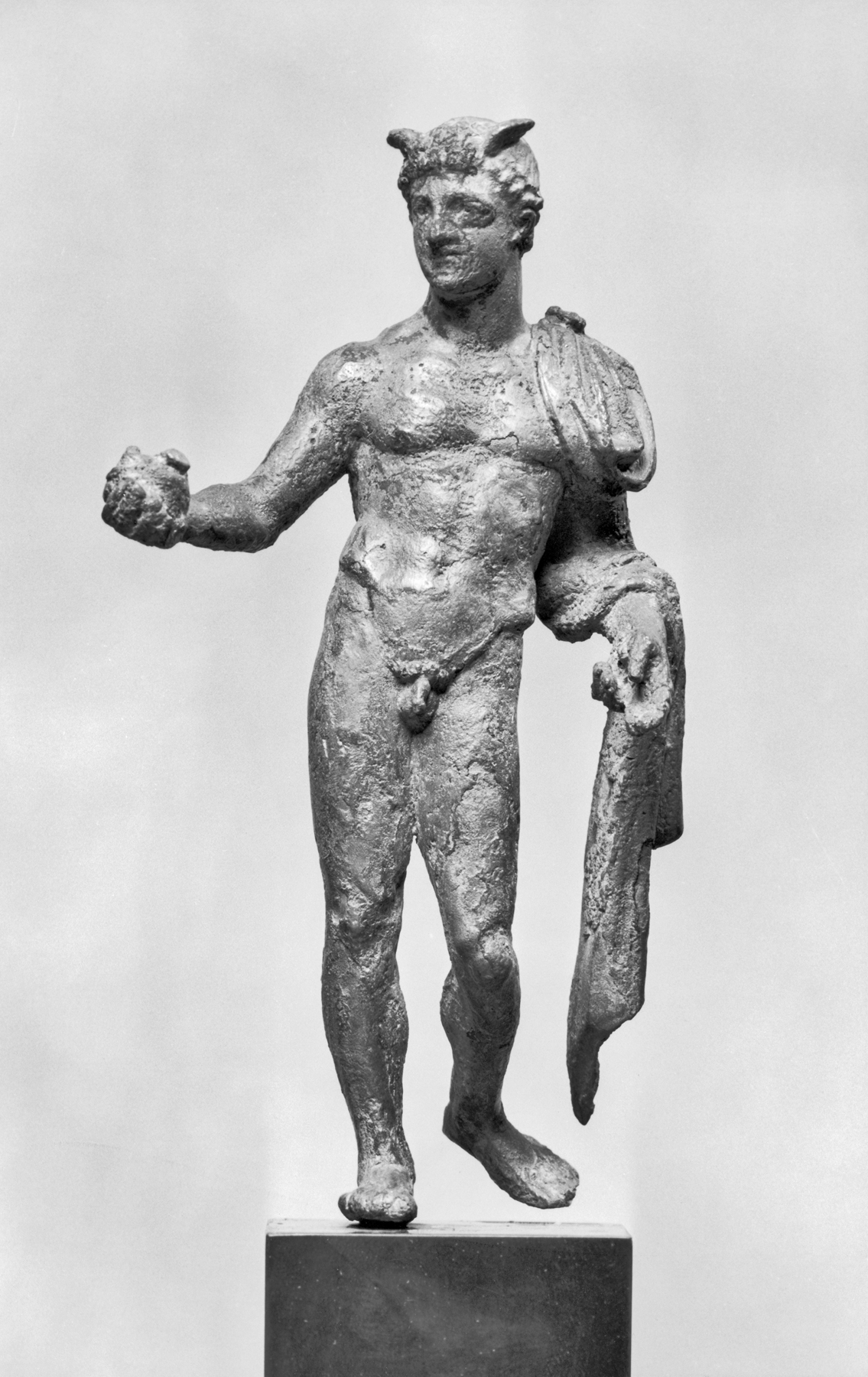 The Roman god Mercury was the messenger for Jupiter, supreme among the pagan gods. The protector of travelers and merchants, he is shown with wings on his head (indicating his swift flight through the air) and a purse in his right hand. In his left hand, he probably held the staff typically carried by messenger gods. In the southern Netherlands during the 1600s, Mercury was celebrated as protector of commerce and, due to his supposed eloquence, protector of the arts.
The figure type is derived from Greek statuary of the classical period. This antique bronze is also of a type upon which forgeries were based in the 1500s; a similar statuette now considered to be from the early 1500s was among the "antiquities" in a famous collection in Basel, Switzerland, by 1587. Rubens drew a comparable statuette in an Antwerp collection before 1600; it is lost, so its authenticity as ancient is not established.

Dikran Kelekian, New York and Paris, [date and mode of acquisition unknown] [said to have been found at Alexandria]; Henry Walters, Baltimore, 1922, by purchase; Walters Art Museum, 1931, by bequest.