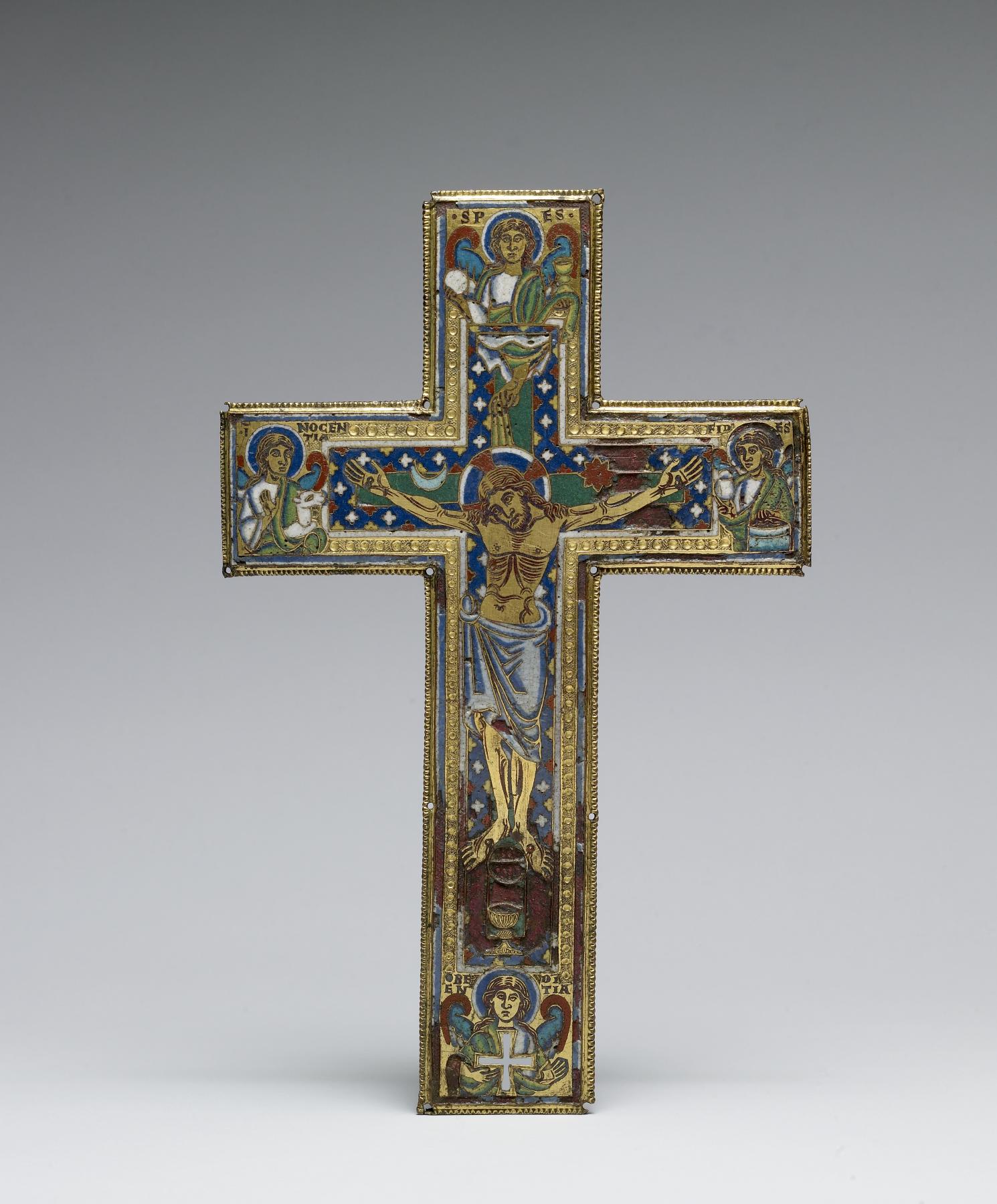 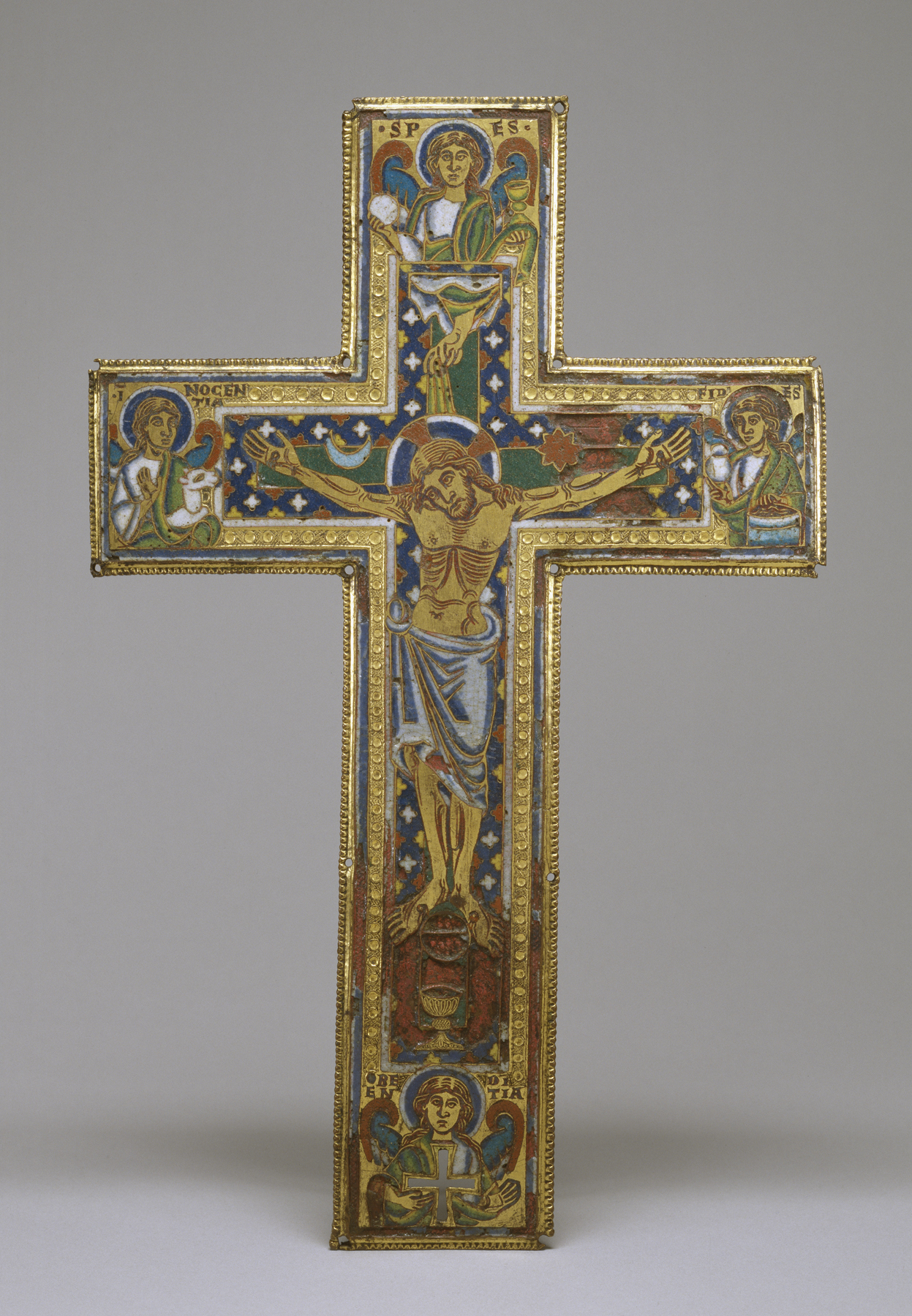 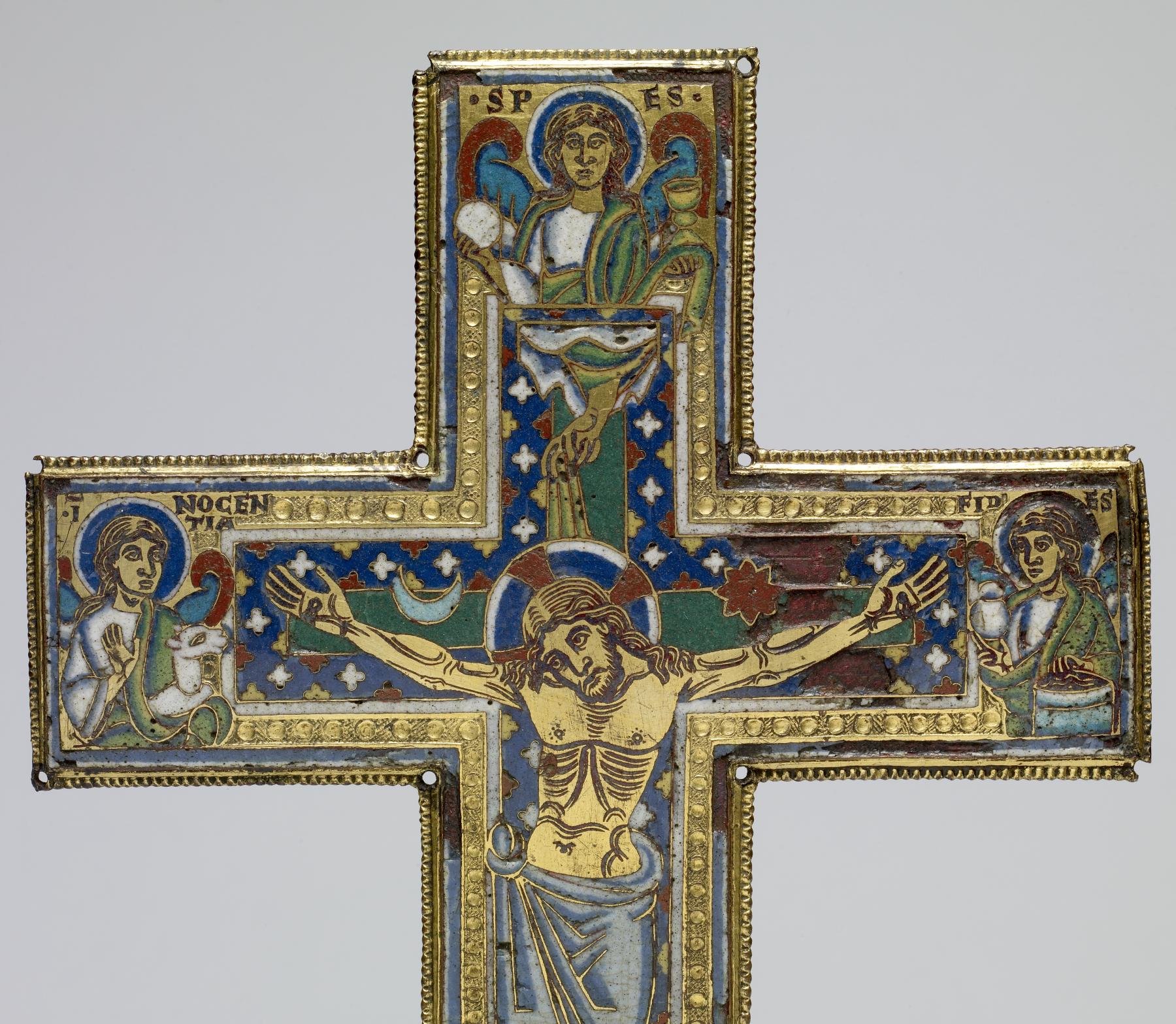 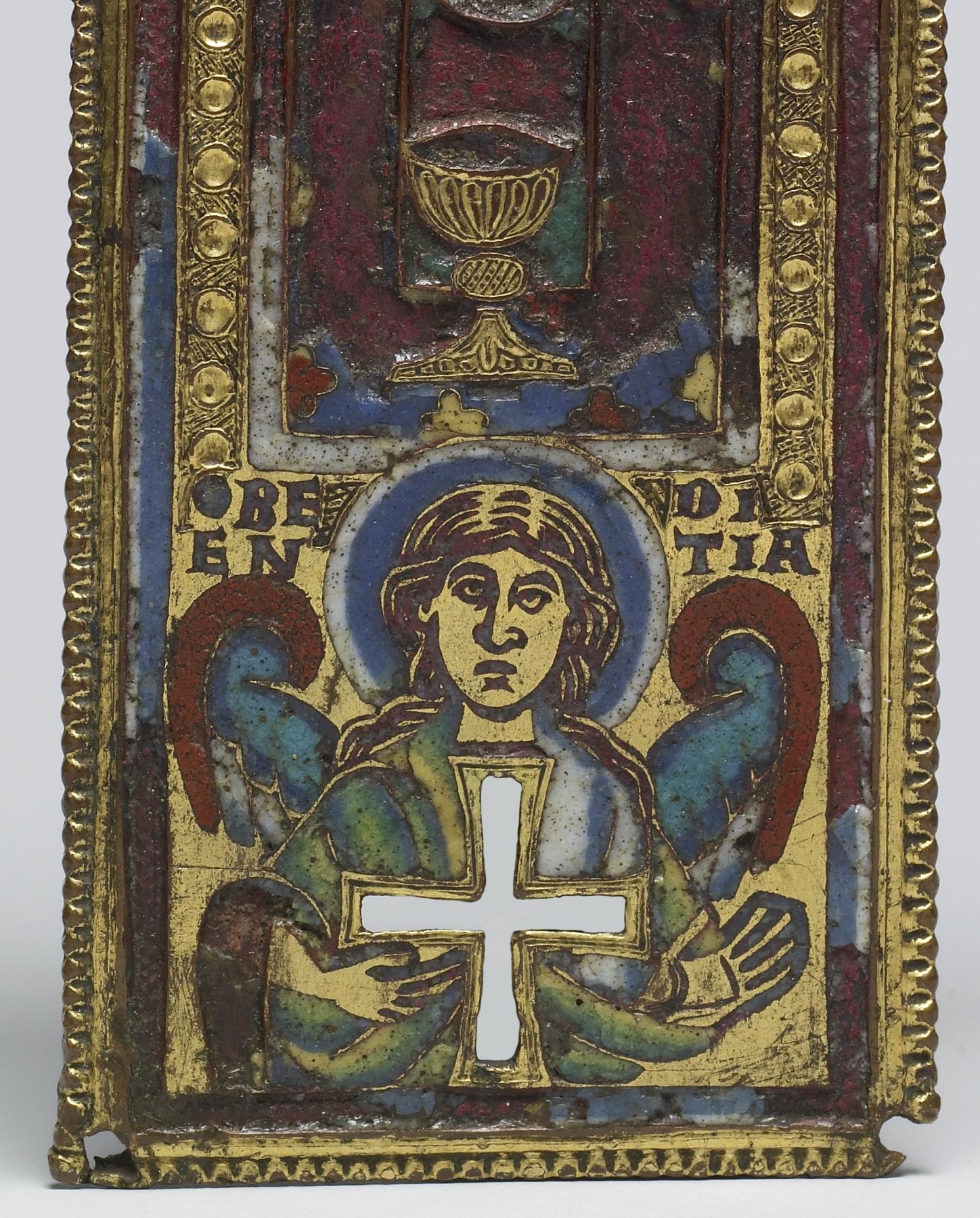 The imagery on this cross is intended to help the viewer understand the cosmological and moral significance of the Crucifixion, and a naturalistic portrayal of the story was not considered a priority. A compositional feature common to many Mosan enamel works (called Mosan because they were made in the region around the Meuse River) is the use of figures arranged in groups of four, such as the four Evangelists or the personifications of the four cardinal virtues, Wisdom or Prudence, Justice, Fortitude and Temperance. This cross features a rare, if not unique, group of four virtues: Hope is shown at the top of the cross with a chalice and communion wafer; Faith is on the right cross arm, with a baptismal font; Obedience is at the base, holding a cross through which the relics would have been visible; and Innocence is on the left arm, holding the sacrificial lamb associated with Christ. As made clear by the inscriptions, this grouping combines two of the three theological virtues, Faith and Hope, with the unexpected virtues of Obedience and Innocence, an indication perhaps that this was intended for a monastic context, in which the monks might benefit from a constant reminder of their vows, which included chastity, and obedience to their abbot. The cross itself is green, a reference to the tree of life, against a background of colorful stars. It thus presents the Crucifixion as both a cosmological metaphor for the universe, as it was understood by many of the early Greek Fathers of the Church, and also as a moral instrument, demonstrating the virtues of Christ, an interpretation favored by the early Latin Fathers. These two ways of understanding the cross, here represented visually, were intermingled in the writings of many medieval theologians.