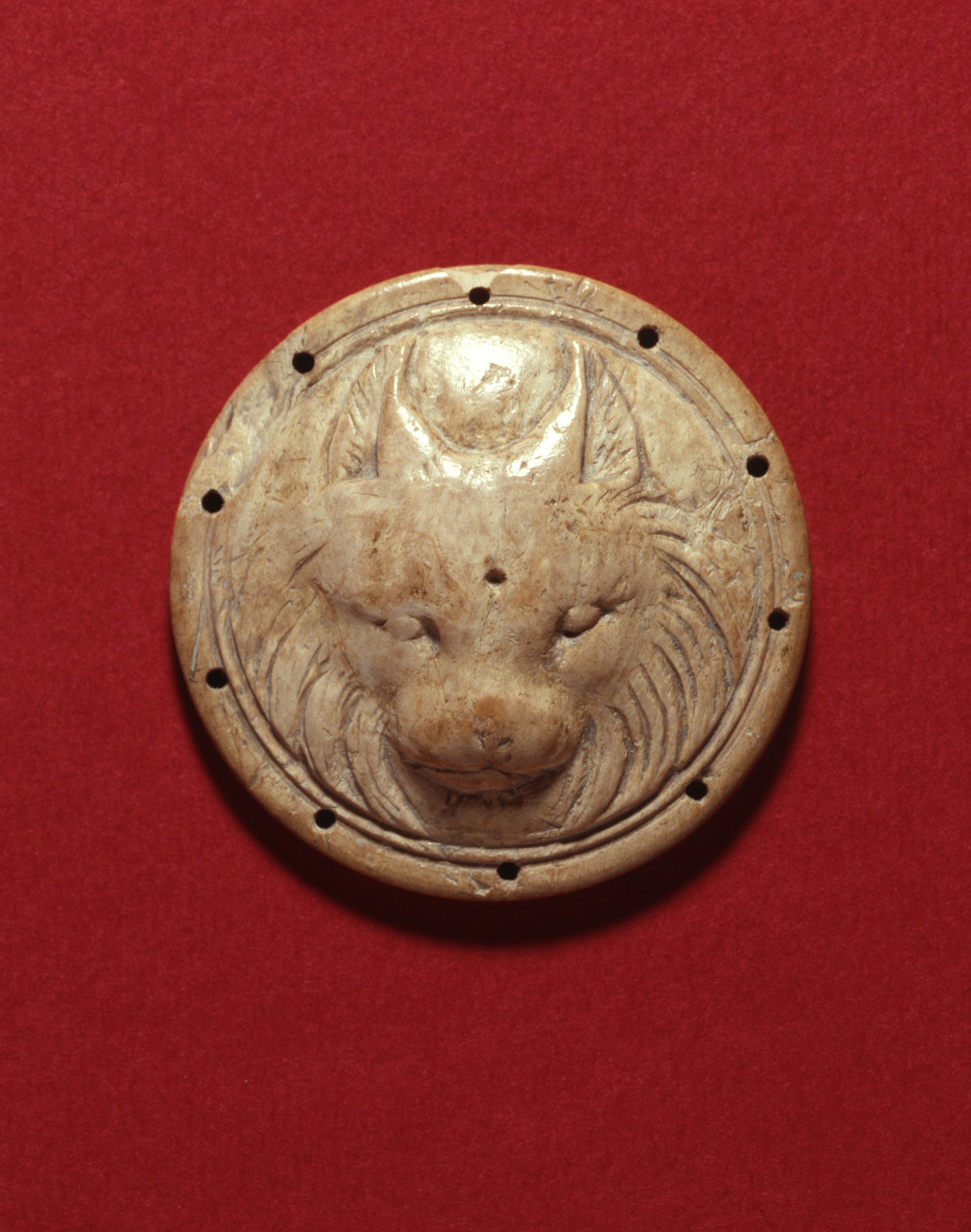 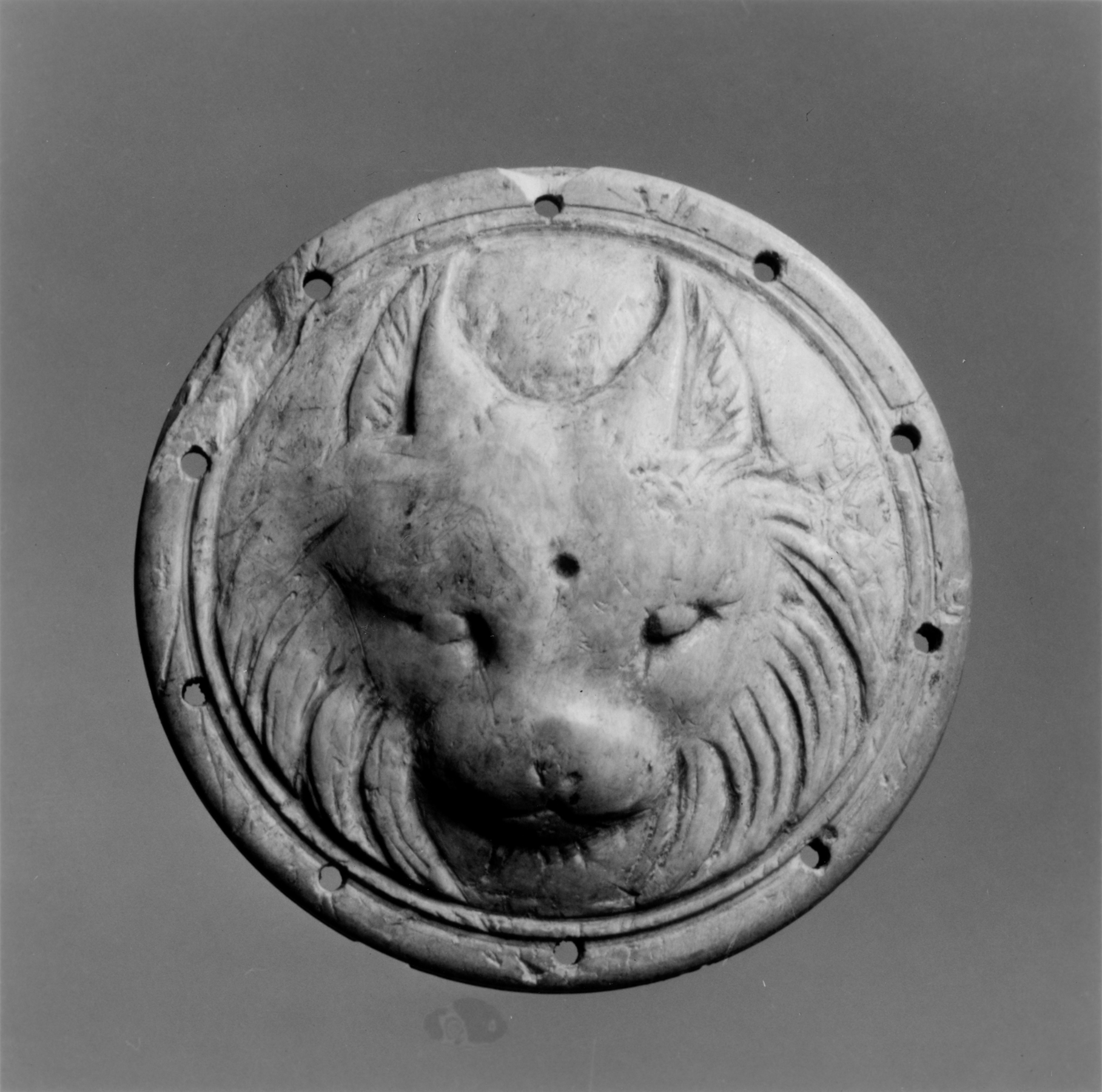 Chipped at the top and upper left, this bridle ornament is otherwise intact. Ten holes at the perimeter allowed the roundel to be sewn to a leather bridle. A lion's head, ears upright, ruff enclosing the face, is done in relief. A stepped border surrounding the head was drawn with a compass, centered at the pinprick indentation in the lion's forehead. The edge of the roundel is grooved. Horse trapping ornaments of this sort, called "phalerae" in antiquity are also known in silver.

Alternatively, though less likely, this ornament could have been sewn or pinned to "ptergys," the leather worn by Roman soldiers, and visible on so many marble statues of emperors and other notables.