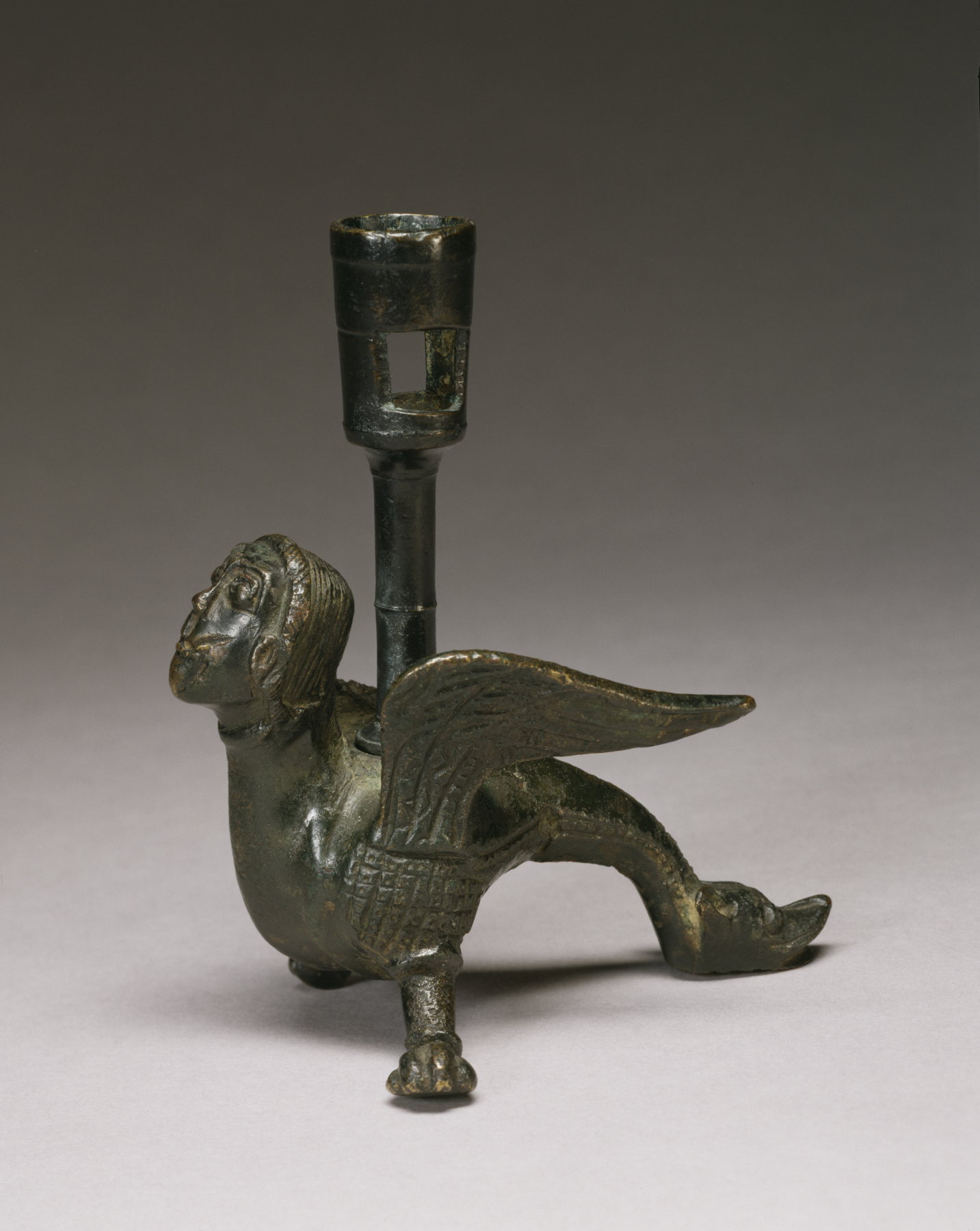 Together with a similar piece now at The Metropolitan Museum of Art, New York (inv. 10.134.5), this statuette may originally have been the foot of a large candlestick or of another similar object. Creatures with a human head and a bird's body (called sirens or harpies) were first described by the ancient Greek poet Homer as luring sailors with their enchanting singing and causing shipwrecks. For medieval Christians, they symbolized temptation. Here, the serpent-shaped tail further emphasizes the siren's evil nature. The figurine's position at the base of a large object would have signified the overcoming of sin.