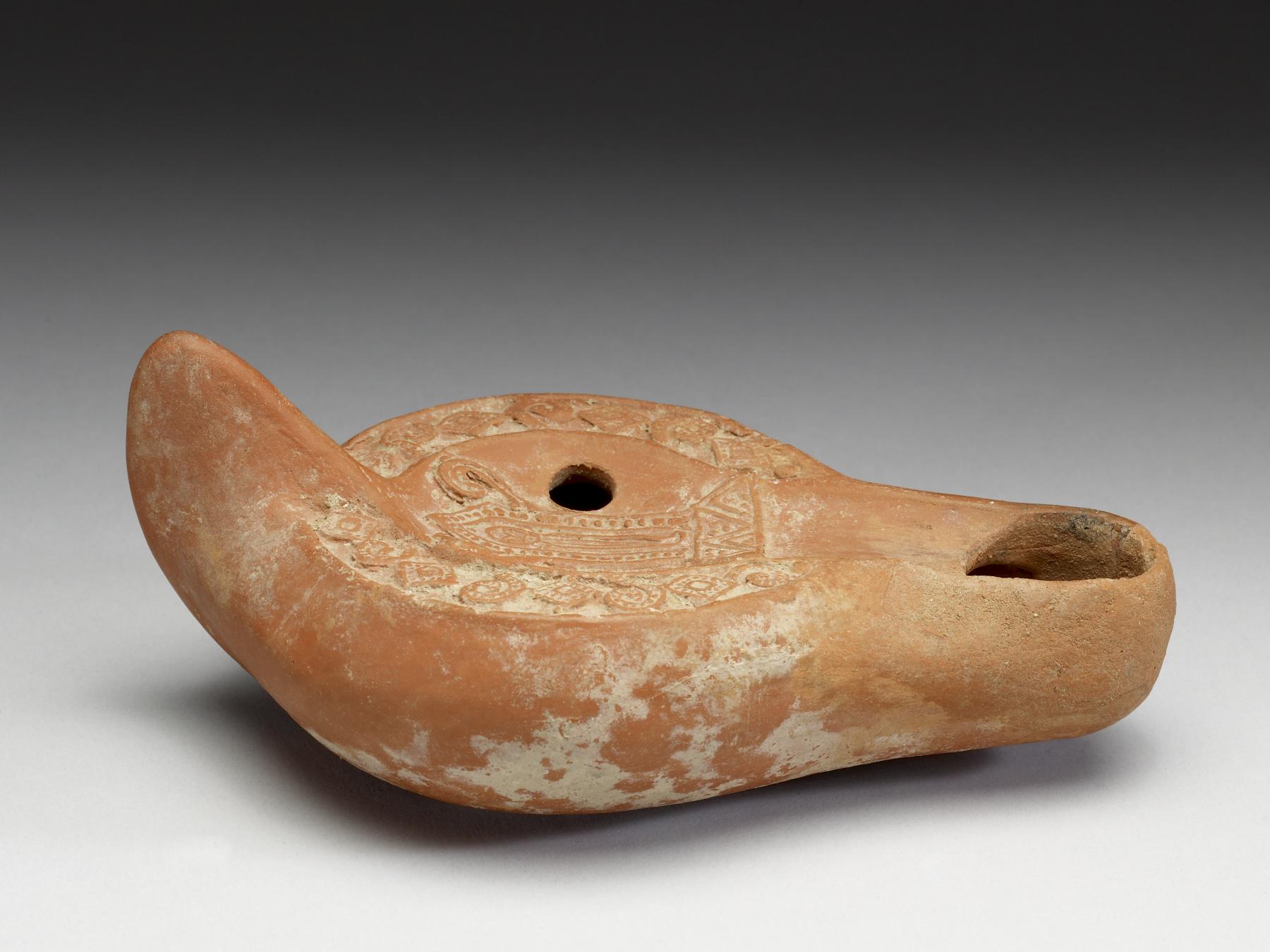 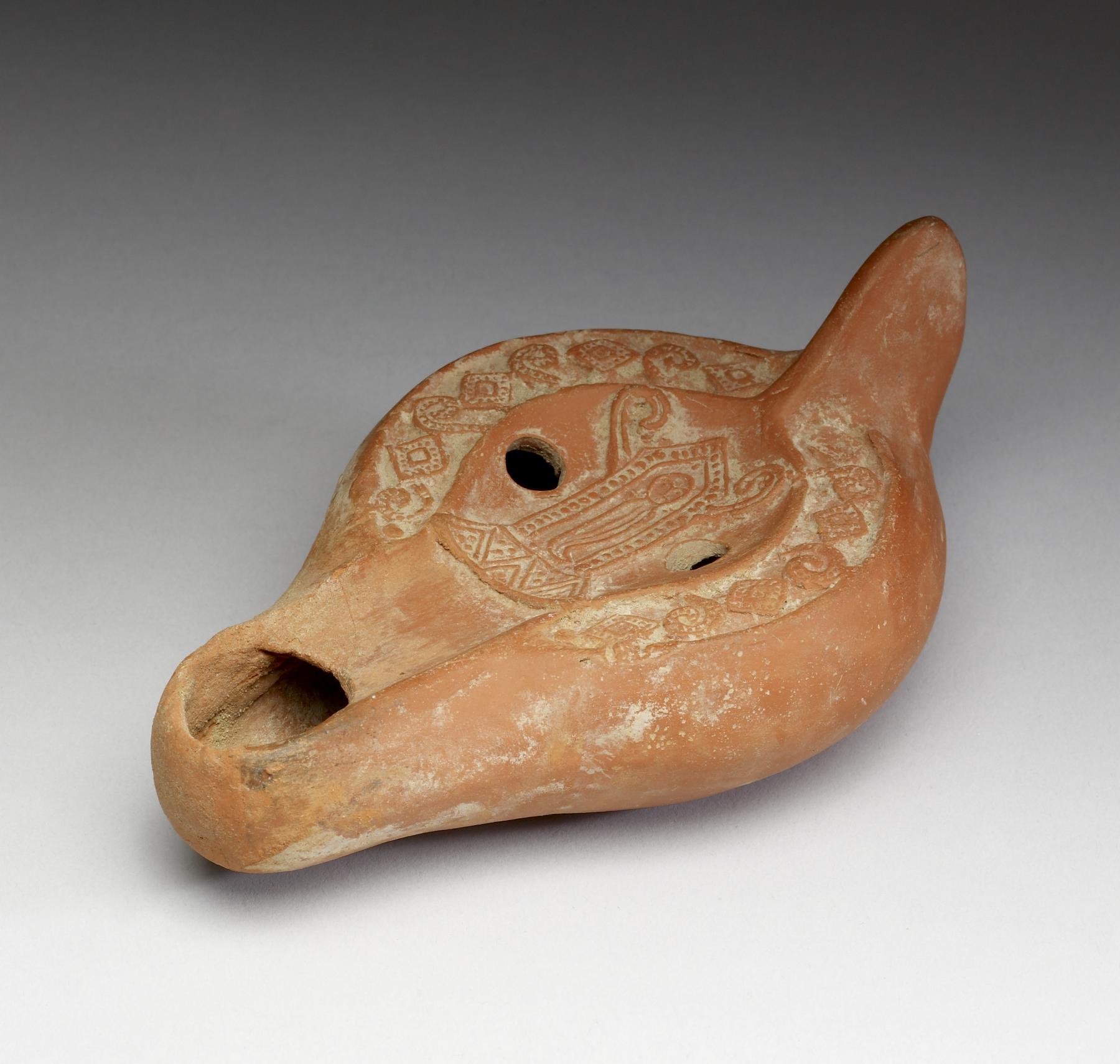 Lamp with the Raising of Lazarus

An enshrouded Lazarus stands in the doorway of his tomb following his resurrection. Possessing an image of the Raising of Lazarus expressed the central Christian belief in resurrection, and also served to ward off death itself. The repetition of this scene on other bowls and lamps shows that molds were used for an early form of mass production.