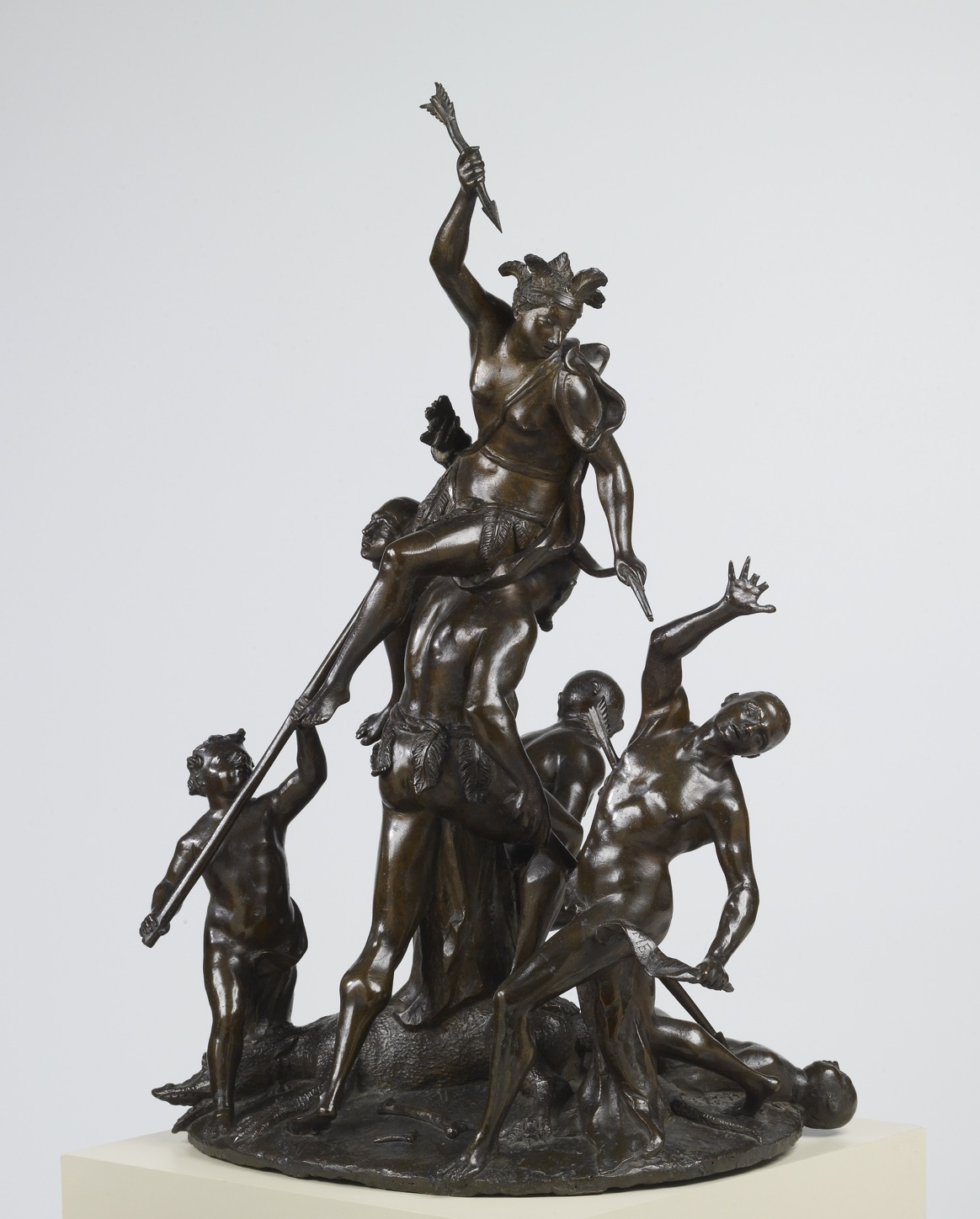 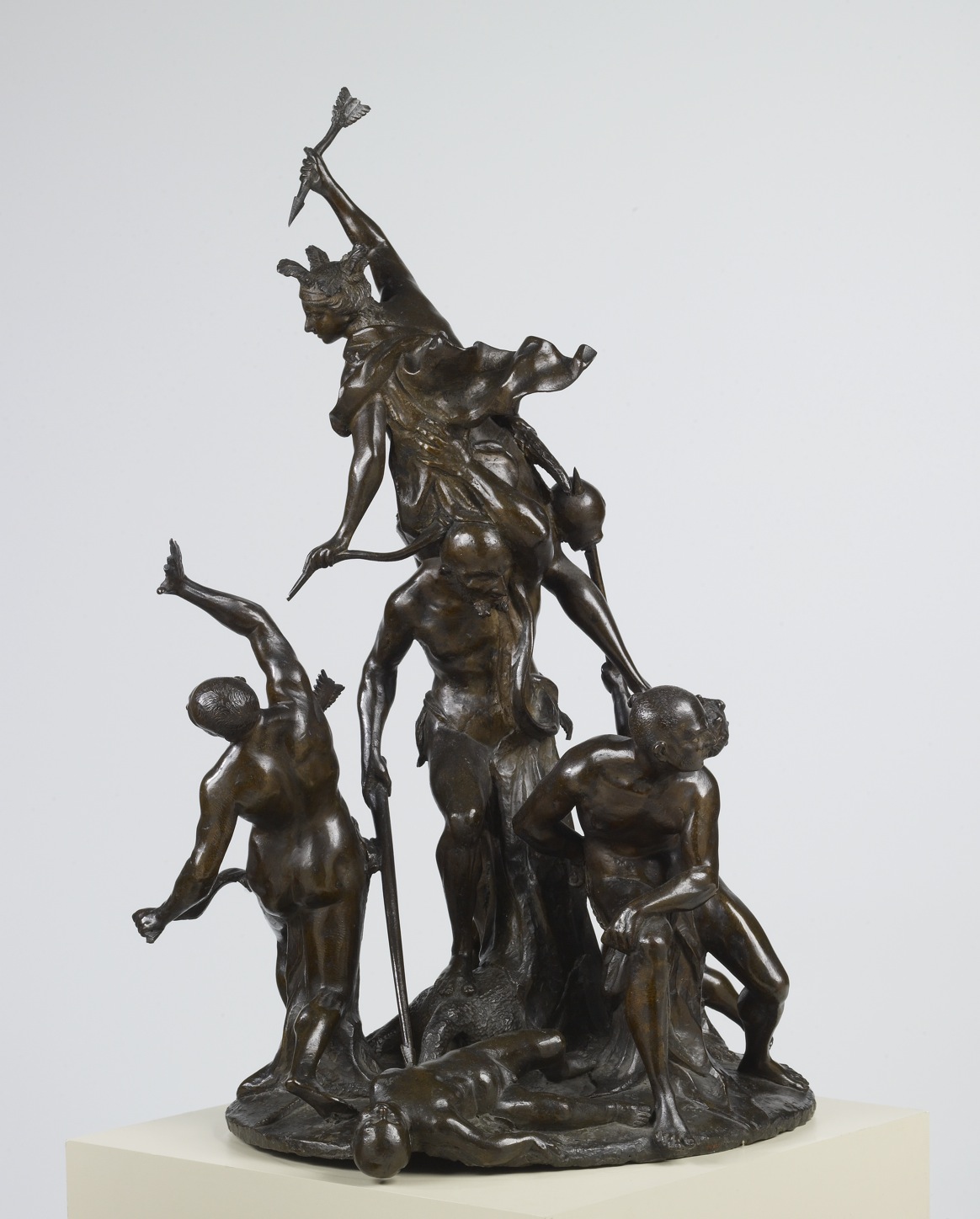 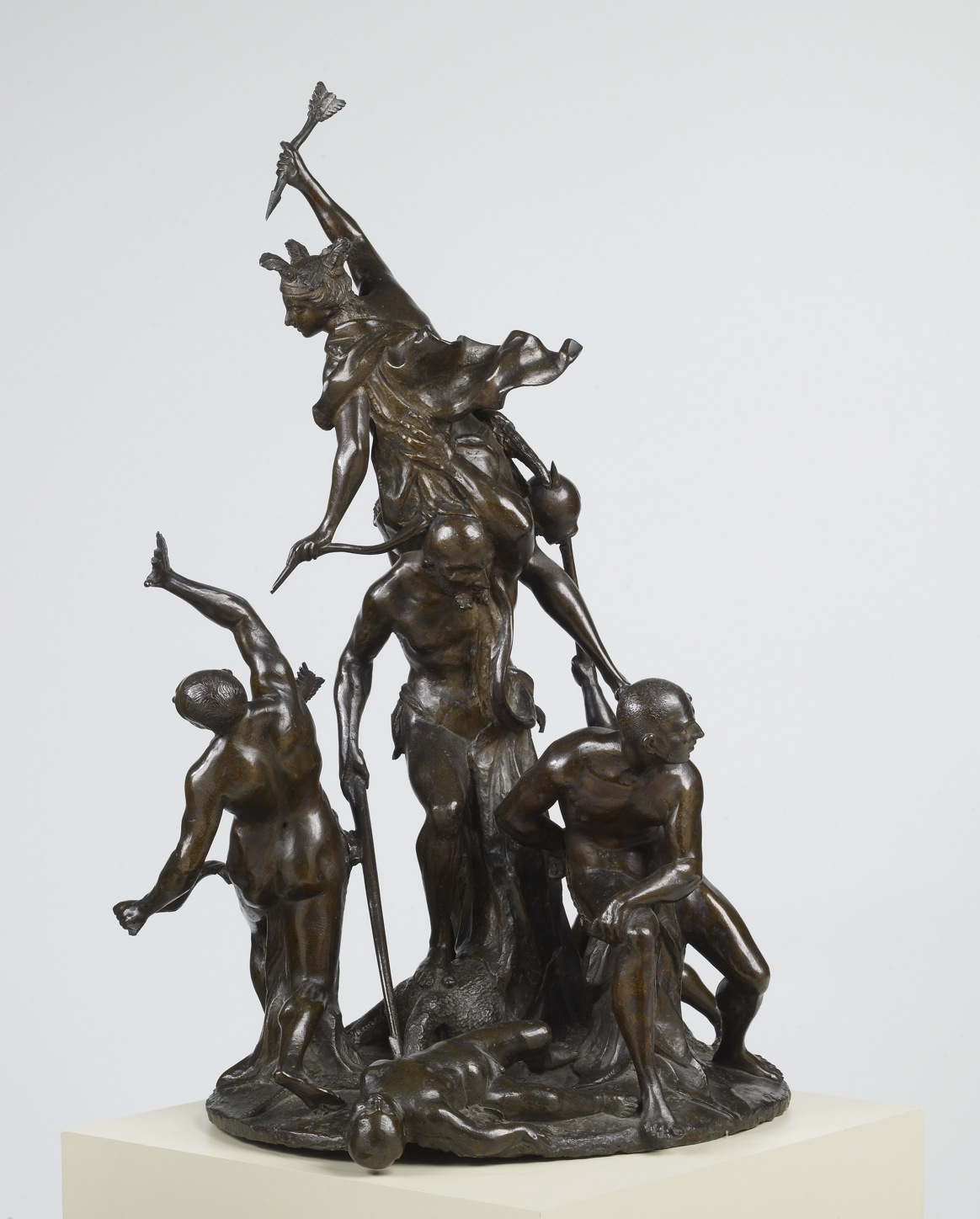 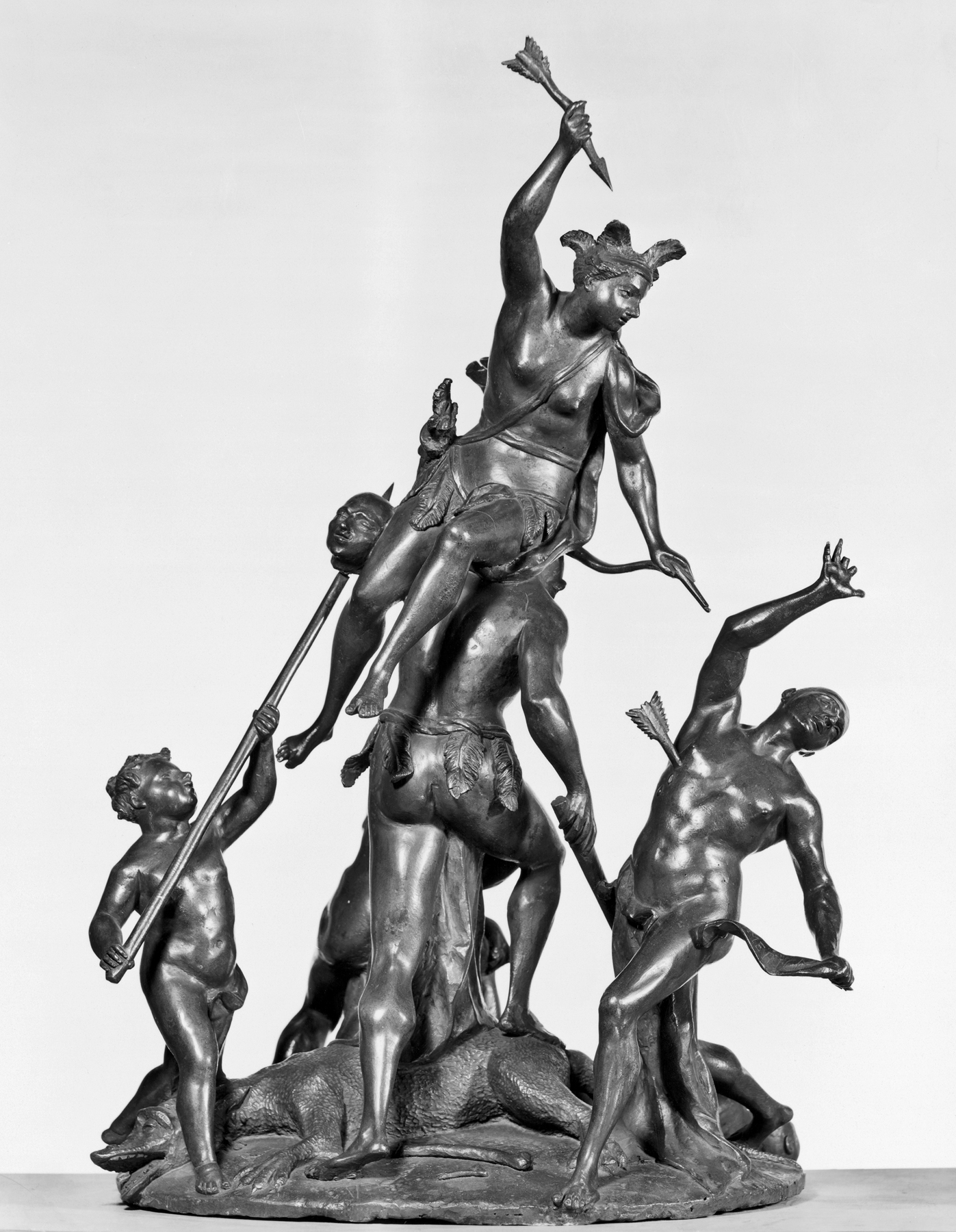 Allegorical Groups Representing the Four Parts of the World: America

Very little is known about Francesco Bertos, a highly original artist who created a considerable number of complicated pyramidal groups in a very distinctive, ingenious style that mirrors the lightness and airiness of contemporary rococo painting in France. Each of the pieces has a primary view or "front" while offering interconnected details that unfold as one moves around the piece.

These four groups (Walters 54.657, 54.658, 54.659, and 54.660) are symbolic representations (allegories) of the four parts of which the world was then thought to consist. The concept of "continents" would come later and the North and South America would be considered separately . All have their names engraved. In the allegory of America, the fierce and primitive nature of the New World is represented by the semi-nude female Native American warrior wearing feathers, who has shot an opponent with an arrow. She supports a man who stands on an alligator that looks strangely like a lizard. The gruesome detail of the little boy lifting a decapitated head on a spear refers to European assumptions about the practice of cannibalism in America. 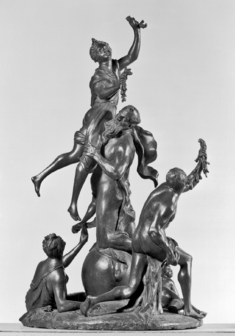